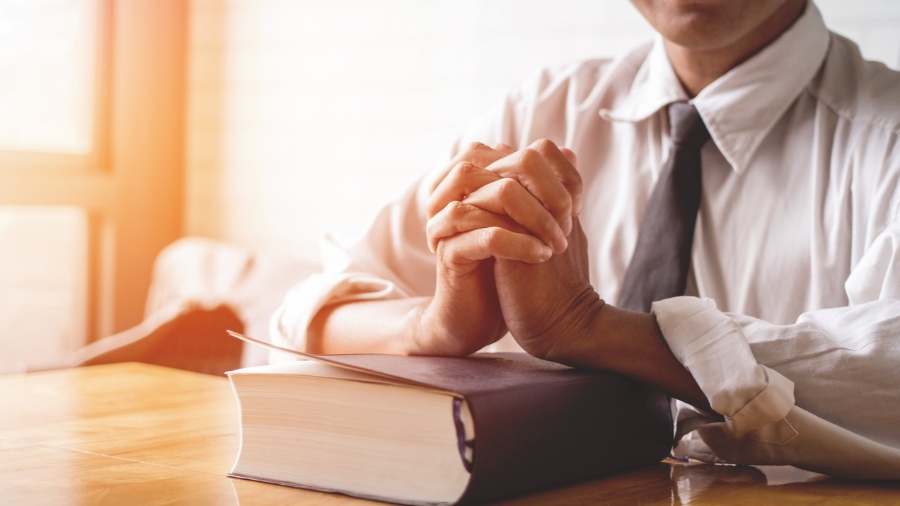 Are Christian leaders more likely than others to engage in sexual misconduct? To the extent that they are truly Christian, the answer is certainly no. But to the extent that they are turned away from God’s truth and grace, the answer is that all too many have fallen here. And because of their leadership role, their sin is all the more damaging. How many trusting parishioners have been injured for life?

Recent days have brought a fresh spate of charges against Southern Baptist leaders and Catholic leaders.

In the circles in which I travel — most frequently Charismatic and Pentecostal — there have been some very public, infamous scandals. That’s why I devoted a whole chapter to the subject of sexual immorality in my book Playing with Holy Fire: A Wake-up Call to the Pentecostal-Charismatic Church.

To be clear, I did not write the chapter with a self-righteous, holier-than-thou attitude. Quite the contrary. I live by the kindness of God 24/7, and I’m the last one to throw stones, knowing full well that “there go I but for the grace of God.”

As for those who have fallen, the last thing I want to do is heap further condemnation on their heads. I’m all for restoration, knowing that our God is a redeemer.

Why do so many fall? And, if we’re honest with ourselves, what kind of weaknesses lurk within our own souls?

It’s also important to remember that for every leader who falls there are far more who do not fall. There are plenty of God-fearing, God-loving men and women of integrity who practice what they preach when it comes to sexual morality.

Why Do So Many of Us Fall?

But the question remains: Why do so many fall? And, if we’re honest with ourselves, what kind of weaknesses lurk within our own souls?

In my book — again, with an emphasis on Pentecostal-Charismatic circles, which account for at least 500 million believers today — I laid out some of the principle reasons we fall into sexual sin.

Here’s an abbreviated version, adapted from the book:

Throughout the Bible, where you find idolatry, you find immorality, and the ultimate idolatry is the idolatry of me. It’s the mentality that says, “The world revolves around me. I draw attention to myself. I am an object of people’s worship and adoration. God may be important, but so am I.”

Certainly, this sounds extreme, but when you are hailed as the anointed man of God, when multitudes hang on your every word, when you are more of a superstar than a servant, when your name becomes more prominent than the name of Jesus, idolatry is near. And with idolatry there is immorality.

We charismatics know a lot about power — and I mean the power of the Spirit. We have seen God perform miracles through us and have felt His anointing flowing through our bodies. We have touched sick people with our hands and seen sickness and disease leave on the spot. We have watched people fall to the ground because of the Spirit’s presence in our lives, and crowds have surrounded our vehicles as we drove away.

This can be very humbling, as you realize you are nothing and He is everything. But it can also be very self-exalting, since you think to yourself, “Power is flowing through me.”

Sexual temptation is bad enough, but if you add deception to the mix, it’s even harder to resist. One megachurch leader claimed that God told him he married the wrong woman, after which he allegedly pressured her to get a divorce, getting married to another woman seven days after the divorce went through. And who performed his new wedding ceremony? A pastor who himself was later caught in adultery.

It’s true that non-charismatics will be tempted to sin just as charismatics are tempted to sin, but they are less likely to use “the Lord told me” as an excuse to sin. It’s amazing what we can “hear” when the flesh really wants something!

A Facebook friend of mine wrote to me, sharing his frustration after a lengthy exchange with an African minister. He summarized the position of this minister as follows: “You know it, you cannot lose the anointing. The flesh is dead, you are a new creation, and sex cannot make you lose your anointing. The Bible is very clear on this, and the Bible cannot lie. You see, you are spirit, and you minister by the Spirit, but your body is flesh. So, whatever you do with your flesh cannot affect your spiritual power.”

With a doctrine like that, which exempts you from sinning because you are not your body, the sky (actually, the pit) is the limit for what your flesh can now do.

Being part of a denomination does not guarantee doctrinal soundness or moral purity, and leaders can find ways to evade and avoid accountability if they so desire. But because so many of our charismatic churches are independent, and because so many are led by forceful leaders, we often have a recipe for extreme unaccountability.

I heard one megachurch pastor explain that when he didn’t like the way things were being done in his organization, he fired his entire board. They had no recourse against him and no way of holding him accountable for his actions, meaning he could steal money or sleep around, get caught, then fire his board and claim he was the victim. That is how he structured his organization.

One day we will give account to the Judge. Better to get our house in order today, while there is still time to repent, then on that day, when it will be too late.

Again, I do no write these words to condemn. And be assured that I’m preaching to myself before I preach to anyone else.

But one day we will give account to the Judge. Better to get our house in order today, while there is still time to repent, then on that day, when it will be too late.

Am I being too sober about this?

When it Comes to Dealing with Scandals, the Church Must Do Better Than the National Enquirer