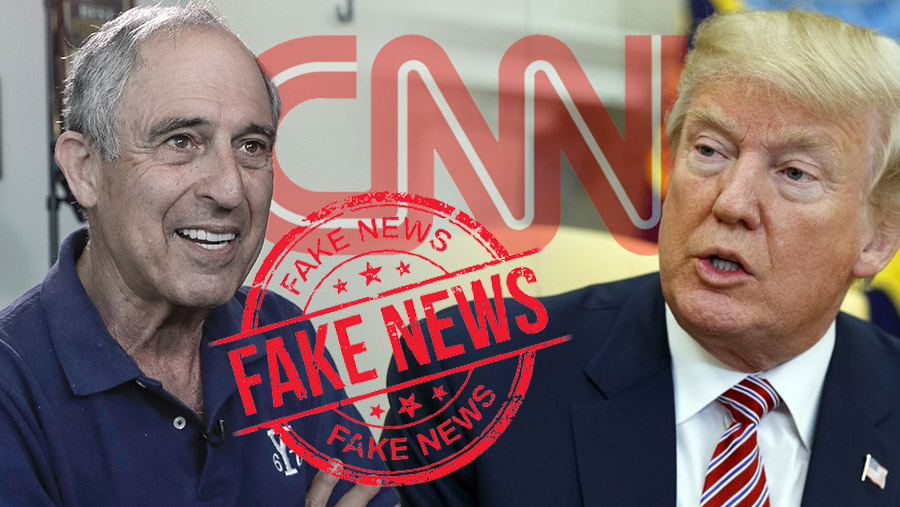 I’m writing this appeal to all those involved on the front lines of the mainstream media with the hope that some of you will read these words and consider my appeal.

To be clear: 1) I believe there is bias on the right as well as on the left; 2) I believe that the great majority of you take your profession quite seriously and are trying to report accurately; 3) I don’t agree with all of the president’s rhetoric and I regret some of the charges he has brought against you; and 4) I believe the president himself is often the author of inaccurate information.

That being said, you hurt your own cause when you decry the very concept of “fake news” in your own midst. Do you really believe that you have not been affected by your extreme dislike for President Trump? Are you truly unaware that there are good reasons so many Americans question your credibility?

Your Anti-Trump Animus Screams Out Loud

It’s not just an undisciplined president getting unruly crowds upset about “fake news.” It’s that your anti-Trump animus is often so loud it drowns out the report you are giving, especially in the context of TV news. (If the Trump-hatred doesn’t drown out your story, at the least, it negatively colors it.)

It’s one thing when, say, Frank Bruni writes a Trump-bashing (or, Bible-bashing) op-ed for the New York Times. We know what to expect.

It’s another thing when you report the news on CNN or NBC. We’re supposed to be hearing facts, not opinions. And by facts I mean carefully vetted facts.  (Remember when “facts” actually meant facts and “news” didn’t contain such a mixture of truth and opinion and spin?)

I’m aware, of course, that everyone is racing to break the latest story, and in doing so, you have to trust the reliability of your sources. But what happens when your sources are biased? How much egg do you need on your faces before you say, “I understand why people are upset about fake news. We need to step higher. We need to do better.”

According to a 2013 report in the Washington Post, “Since becoming Clinton’s media snake charmer in late 1996, Davis has been an irrepressible public gabber. He has been working the news media on behalf of clients for years, while also appearing incessantly on cable news and radio as a reliable liberal talking head, popping off about just about everything.”

Is this the kind of source on which you want to rely?

The big news this week is that we can’t trust the news. As a headline on the Washington Times website blares: “Lanny Davis admits he was source for CNN’s Trump Tower story, lied about it on air.”

No wonder so many people don’t trust you. How many times do you get to cry wolf?

The Public Sees It

Last October, Real Clear Politics referenced “a poll showing that upwards of 60% of the U.S. population shares President Trump’s suspicion that most cable news is ‘fake.’ 46% of respondents said they believed President Trump when he said the mainstream media ‘fabricates’ stories about him, which a further 17% were unsure.”

Dear newscasters and news writers and reporters and journalists, there’s a reason for statistics like this. And rather than blaming the Alex Jones’s of the world, how about examining yourselves?

I’ve been teaching college-level classes since 1982, and every so often, half the class (or more) will get a test question wrong. That means one of two things: I didn’t cover the material clearly or I didn’t phrase the question properly. As the old adage goes (exaggerated, but with lots of truth): There are no bad students, only bad teachers.

Perhaps if you judged yourselves by the same standards by which you judge Fox News and Rush Limbaugh and Breitbart, your reporting would improve.

Perhaps if you refused to take things personally and determined to act more dispassionately, the fake news would disappear.

The Overt Personal Dislike

To be candid, while watching some cable news recently, I was shocked by how personal the tone was when President Trump was mentioned. Because I normally read the news daily, watching it this time was an eye-opener. Anti-Trump sentiments were much worse, much more overt and obvious, than they were a year or two ago.

I’m aware, of course, that there’s always been some degree of personal bias in the news. And again, I believe the right-wing media is guilty of this as well.

But just because the President of the United States makes things personal doesn’t mean you have to. And if you think he’s acting childishly, then you be the adult in the room. Is that too much to ask?

As one who writes as many as 5 op-ed pieces a week, plus does 5 days of live radio shows a week, I fully understand how easy it is to get caught up in partisan politics.

It’s just that our nation is so terribly divided today that the last thing we need is fake news. Please help put a stop to it.

(To all non-media readers: Please send this to your favorite – or least favorite – mainstream newscaster or writer.)