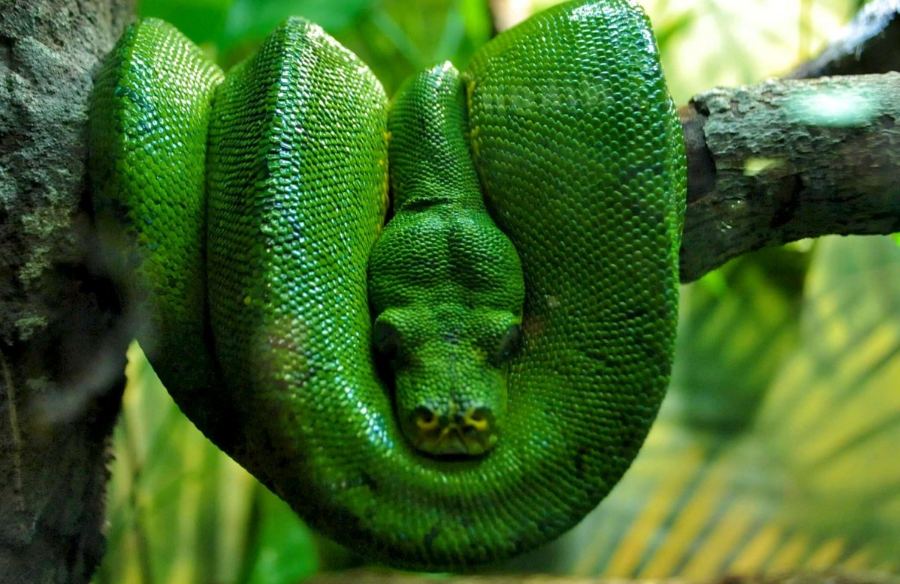 The story was so bizarre and preposterous that I had to check it on multiple sources to confirm its accuracy. But it is absolutely true, as far-fetched as it sounds. And it illustrates how spiritual apostasy leads to moral perversion. I’m speaking here of developments within the Swedish Lutheran Church.

For many years now, this branch of the Church has been decidedly liberal, questioning or even denying some of the most fundamental beliefs of the Christian faith.

In keeping with that “progressive” swing, the Church recognized same-sex “marriage” back in 2009 and has remained at the forefront of LGBT activism.

All that, however, is just the tip of the iceberg. What happened this month is beyond the pale. As one website announced, which I won’t link to because of the site’s graphic imagery, “Church installs altarpiece: Adam & Steve and Madam & Eve.”

If I wanted to be sarcastic and mock this, I could not have come up with a better headline. A gay website beat me to the punch.

They Called It ‘Paradise’

In short, a lesbian artist named Elisabeth Ohlson Wallin painted a picture of the Garden of Eden, called Paradise, depicting a gay Adam and a lesbian Eve, each one with a same-sex partner. (Adam, who was light-skinned, had a dark-skinned partner, which some interpret as a reference to Muslim immigrants who have flooded the nation.) And a Lutheran church in the city of Malmö, received the portrait with joy, placing it front and center in the altar of the sanctuary.

In the official statement of the church,

It is with pride and joy that we receive Paradise in St. Paul’s Church. We need images that open up for greater inclusion and identification in the church.

We are grateful for Elisabeth’s artistry, which enables us to build a credible church that shows that we all, regardless of who we love and identify as, fit into Paradise.

Of course, this is as blasphemous as it is impractical, since, if Adam and Eve were homosexual, that would have been the end of the human race. Neither Adam and Steve nor Madam and Eve would have reproduced offspring. So much for “be fruitful and multiply.” This is not advanced rocket science. This is Biology 101.

And how absurd that this picture was received warmly by St. Paul’s church in light of Paul’s forthright condemnation of homosexual practice in three of his letters (Romans, 1 Corinthians and 1 Timothy).

But this is only the beginning of the story.

Better Not to Move the Ancient Boundary Stones

LGBT news outlets are now reporting, “The Church of Sweden has reportedly removed its LGBTQ+ inclusive altarpiece over fears it may be perceived as anti-trans.” Yes,

The issue stems from a depiction in which a transgender person is holding a snake — a figure which, in the Bible, is a stand-in for Satan. While the Church of Sweden claimed that the fact that there “are two gay couples in the artwork is completely uncontroversial,” it feared the altarpiece, which was displayed in St. Paul’s Church in Malmö, could be mistaken as an endorsement of transphobia.

The problem, church leaders explained, is that in the Paradise portrait, “[T]here is a snake, which traditionally stands for evil, and that it also turns into a trans person means it could be interpreted that a trans person is evil or the devil. The Church of Sweden certainly cannot stand for that.”

Perish the thought! Heaven forbid that the Church of Sweden would appear to be transphobic in the midst of a celebration of sexual perversion. That would be thoroughly unchristian. These days, you can never be too woke.

Indeed, the church added, “I would like to emphasise that this has nothing to do with where Church of Sweden stands on the [LGBTQ+] issues, which we work tirelessly on.”

Better to preach the Word and live and honor the Word. Better not to move the ancient boundary stones.

But none of this is any surprise. Once you depart from the fundamentals of the faith and the authority of Scripture, anything else goes. And once you embrace LGBTQ+ activism, there is no limit to the categories of orientation and identity. By affirming one letter of the ever-lengthening acronym, you might offend another on the list.

Better to preach the Word and live and honor the Word. Better not to move the ancient boundary stones.

After reading about this latest debacle, I don’t know whether to laugh or to cry.