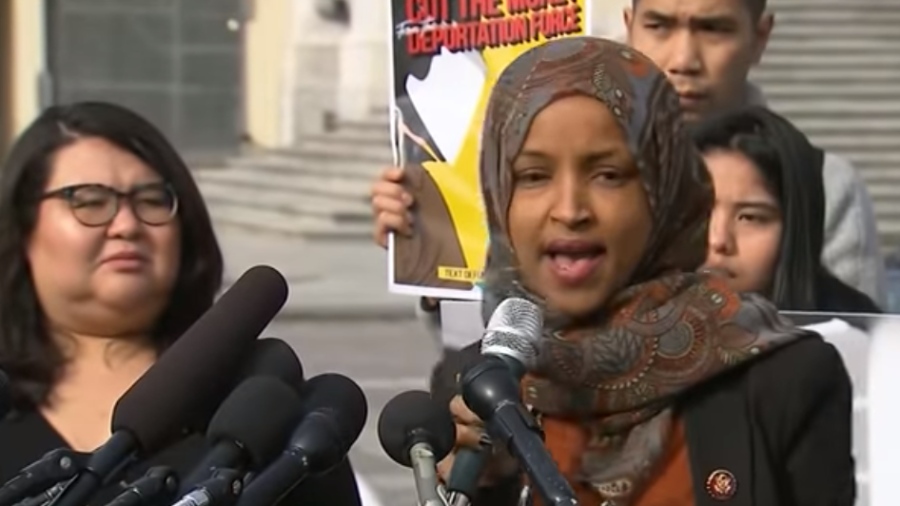 In the aftermath of Rep. Ilhan Omar’s anti-Semitic tweets, in which she accused AIPAC of paying off members of Congress to stand with Israel, David Duke tweeted, “So, let us get this straight. It is ‘Anti-Semitism’ to point out that the most powerful political moneybags in American politics are Zionists who put another nation’s interest (israel’s) over that of America ??????” So, Omar wasn’t being anti-Semitic because she was telling the truth.

I once had a conversation with a Pakistani cab driver in New York City. As he drove me to my destination, the subject of anti-Semitism came up. I mentioned, “Some people claim that the Jews themselves are responsible for anti-Semitism, since they are the worst of all people.”

The driver, not realizing that I was Jewish, replied, “Yes, that’s true. Jews are the worst.”

In the aftermath of Rep. Ilhan Omar’s anti-Semitic tweets, in which she accused AIPAC of paying off members of Congress to stand with Israel, David Duke tweeted, “So, let us get this straight. It is ‘Anti-Semitism’ to point out that the most powerful political moneybags in American politics are Zionists who put another nation’s interest (israel’s) over that of America ??????”

So, Omar wasn’t being anti-Semitic because she was telling the truth.

Duke, himself a proud anti-Semite (as well as former Grand Wizard of the Knights of the Ku Klux Klan), also rued Omar’s subsequent apology. “I’m not surprised but it’s a pity,” he said, “those tweets exposing the influence of AIPAC were her only positive achievements.”

The point of it all is simple. It is not anti-Semitic to say nasty things about the Jews because the nasty things are true. And if people do bad things to these evil Jews? Well, the Jews deserve it.

As expected, Duke’s twitter feed repeats the standard anti-Semitic tropes, including: the Jews control the money. The Jews control the media. Israel is a genocidal, apartheid state. The Holocaust is a myth. And more. (The title of his 2003 book says it plainly: Jewish Supremacism: My Awakening to the Jewish Question.)

The point of it all is simple.

And if people do bad things to these evil Jews? Well, the Jews deserve it.

How Much Things Have Stayed the Same

I just finished revising and updating my 1992 book Our Hands Are Stained with Blood: The Tragic Story of the “Church” and the Jewish People. It tells the story of anti-Semitism in Christian history. It also documents libelous attacks on Israel and the Jewish people until this day, be it from the world of radical Islam or from White Supremacists.

The book apparently hit a nerve. It has been continuously in print since its release, being translated into multiple languages, with the new edition due out in September of this year.

But I bring it up here because, in updating the book, I was struck by just how much the song remains the same.

The names may change. The dates may vary. But the theme does not change: The Jews are especially evil. The Jews are responsible for most of the world’s problems. The Jews are guilty and must be blamed.

A bestselling Christian author put it like this: “Of all the diseased schools of racial supremacism, I am convinced that the Jewish specimen is the most evil and most threatening to the lives, bodies, and eternal destinies of humankind.”

He continues, “Zionism has existed as a satanic ideological force in opposition to all things good and even to life itself for three thousand years.”

Yes, “Zionism and its accompanying religious disease, Judaism, are the champions of all time in terms of the total number of innocent men, women, and children being imprisoned in concentration camps, beaten, bludgeoned, raped, robbed, humiliated, and unmercifully slaughtered.”

There you have it, straight from the pen of a “Christian” author. (Be assured that not a syllable here is taken out of context or misrepresented. Rather, these quotes could be multiplied by the hundreds, all of them found in a series of anti-Semitic books by this same author.)

I have been told (with all seriousness) that Jews were responsible for the 9/11 terrorist attacks.

I have read claims that Jews were responsible for the spread of AIDS and that Jews control the Vatican.

In the first edition of Our Hands Are Stained with Blood, I documented how White Supremacists and Black Supremacists shared an admiration for Hitler and a hatred of the Jews.

Then, within two weeks’ time last year, Black Supremacist Louis Farrakhan referred to Jews as termites and a White Supremacist slaughtered 11 Jews in a Saturday morning synagogue attack, shouting, “All Jews must die!”

As I said, the song remains the same, quite tragically.

That’s why it is no surprise to see this headline on Ynet News: “Global anti-Semitism report: 2018 saw most deadly attacks on Jews in 25 years. Diaspora Ministry finds 70% of attacks tied to anti-Israel sentiment, singles out UK where phenomenon has reached ‘all-time recorded high’; [Naftali] Bennett urges governments around world to take action.”

Not only so, but last April, in Germany, Jews were urged not to wear kippahs (yarmulkes) in light of recent attacks. “Don’t look too Jewish or you might be attacked as well!”

This is happening in Germany, of all places, where serious efforts have been made to reverse the evil of the Holocaust.

But anti-Semitism is hard to suppress.

That’s because the Jews, above all people, are evil. And so, it’s not anti-Semitic to call them out and despise them.

So say the anti-Semites.

Can the Holocaust Be Forgiven?