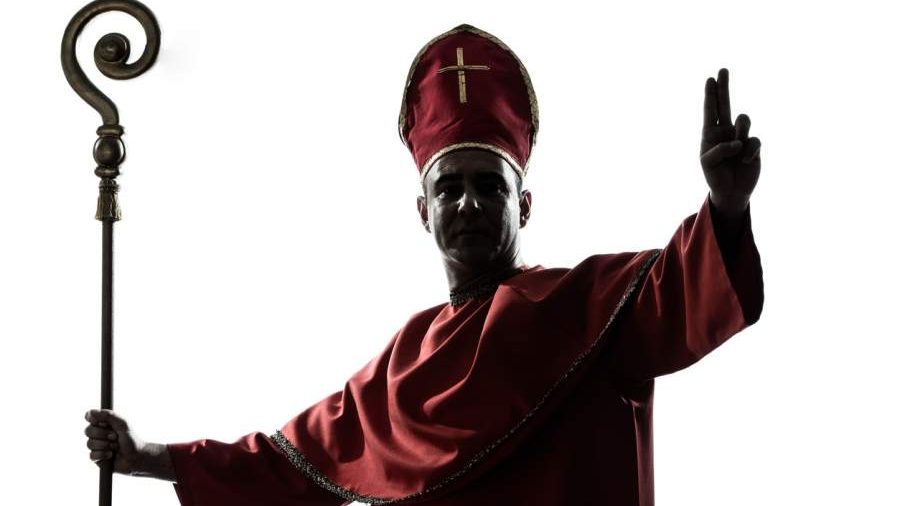 As a fellow Catholic American, and a father who lost his daughter to a forced abortion, let me get straight to the point. When my teenage girlfriend got pregnant and her father forced her to abort, there was nothing I could do. A series of dishonest court precedents had silenced voters’ voices, and imposed the regime of death upon America.

Our little girl, whom we’d named Jessica, had fewer rights in American law than farm animals. They must be killed humanely in most jurisdictions. But the U.S. Congress and the Democratic party (including Vice Presidential candidate Kamala Harris) refused to protect babies like Jessica. They rejected the Pain Capable Abortion Act. Indeed, they reject any limits on the killing of preborn children up through and after birth. We couldn’t save Jessica.

Can This Soul Be Saved?

Can you save Joe Biden? As a Catholic in your diocese, he is your spiritual son. One of your sheep. At least you can try. No doubt you learned that you bear a heavy burden as a bishop. That your own eternal salvation rests in part on how hard you fought to keep your sheep from danger. If Joe Biden showed up at your doorstep with a pistol in his hand, threatening suicide, would you slam the door in his face? I don’t think you would. I think you’d try to save his life. Will you help him save his soul?

It’s clear that moral arguments don’t work with Joe. His personal life suggests he doesn’t have a strong conscience. He has lied repeatedly and brazenly about his own life and accomplishments. He publicly defamed as a drunk a sober, innocent truck driver whom Joe’s wife plowed into, then died. He has worked closely with white supremacists when that was politically convenient.

You don’t have much to work with here, bishop.

And now Joe affirms full support for abortion on demand right up through birth. Now that it is politically convenient, Joe wants to force every taxpayer to fund abortions. And to force the Little Sisters of the Poor to distribute abortion pills.

A Reed Blowing in the Wind

Joe Biden gained a reputation as a “moderate” or “pragmatist” because his positions always perfectly tracked the vote-rich center of gravity among Democrats. In the early 1990s, he was vocally opposed to gay activism in schools and same sex marriage. By the 2000s, he didn’t just back same-sex marriage but performed one. Did some profound scientific or psychiatric discovery in the interim change his mind?

No. The winds changed, and like a reed, Joe bent with them. He backed the Iraq War that destroyed that country’s Christian communities in 2003, then five years later backed Obama’s shock withdrawal, that made room for ISIS. 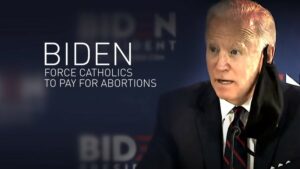 Now that China is waxing as the next great global power, Biden defers to it. He opposed a travel ban on that country when it was sending virus carriers all around the world — but had locked down travel in China. When Democrat governors dumped COVID patients on the most vulnerable, veterans and grandparents locked in nursing homes, Joe Biden said nothing. His chief medical advisor on COVID, Ezekiel Emanuel, thinks no patient over 75 should receive life-saving medicine.

Now Joe blames every COVID death in America on … the man he happens to be running against for office.

Fear, the Beginning of Wisdom

So I realize that you don’t have much to work with here, bishop. If you called Joe Biden and told him that it was a mortal sin for him to receive Holy Communion (as clearly it is), he might not listen. He probably wouldn’t, since it would hurt him politically. Joe wants to present himself as the same kind of lax, fair-weather Catholic who voted for Obama, whom he hopes will vote for him. They’re all about Communion without Confession, salvation without repentance, cheap grace without works or faith. He sees the Body of Christ as his participation trophy for spending an hour basking in attention at Holy Mass. He won’t go home without it.

Because I love my enemies, and even the enemies of preborn children like my daughter, I hope Joe Biden is saved. I’m not cruel and vengeful enough to hope that he goes to his grave with his soul in its current state, and reaps his rich, rich “reward.”

Instead, I would see him saved. But that means repentance, and Joe has a long way to go. To save Saul of Tarsus, God was constrained to knock him, blind, from his horse. To save Biden of Wilmington, what would it take, bishop? I think you’d need to put pressure on the one consistent character trait he’s displayed over many decades: ambition. Joe wants to win. It’s actually sad in a man his age, but there you are.

What Would a Father Do?

So what can you do as a pastor, a shepherd, a spiritual father who will have to answer for Joe on the day of judgment? I think you must use what leverage you have, stick a lever where it might lift the load. I think you should publicly call on Joe Biden to repent, and order him not to receive Holy Communion until he does. Tell any priest in your diocese not to offer Joe the Host. Ask your brother bishops to respect your decision.

At that, Joe will panic. He might not understand eternal consequences. But he knows that Catholics are swing voters, and that your decision makes him an outsider from the “tribe.” Perhaps if he sees how seriously you take the most fundamental issue of politics, protecting innocent life, he will think again. He might repent his sin out of fear of the consequences. But that’s a start, just as the fear of Hell can make some sinners reform their lives. Certainly Our Lord saw fit to mention it at many opportunities.

For the sake of Joe Biden’s soul, your own, and that of our country, I hope you consider this seriously.

I remain yours in Christ,