An Open Letter to Chelsea Clinton About Abortion 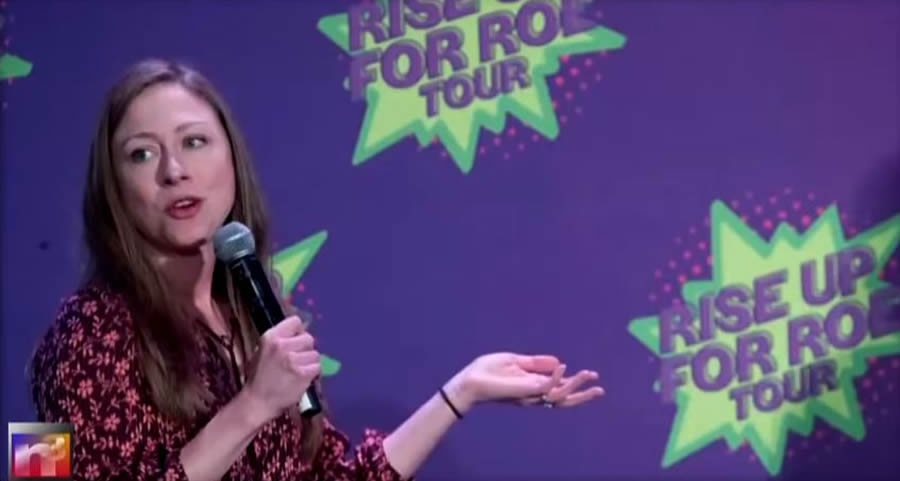 I’m not writing to berate you or give you a religious lecture. I’m appealing to you as the loving and devoted mother of your two precious children, Charlotte and Aidan.

As a mother, you experienced what I can never experience as a man. You understand what it is to conceive a child inside your own womb. You know the excitement of telling your husband, “We’re having a baby!”

You experienced your body going through changes. You saw the first glimpse of your little one on an ultrasound. You even heard your baby’s heartbeat.

You felt those first kicks and movements. You watched your body grow to accommodate this amazing new life. And then you birthed that life into the world.

The father’s joy is amazing — that I can attest to firsthand. But the joy of the mother is more amazing still.

I can see it in your eyes as you gazed at Charlotte in 2014.

I can hear it in your words as you welcomed Aidan into the world in 2016.

When Did They Become Human?

All of which leads to my first question to you, Chelsea.

Did you ever consider that, at conception, “A new individual receives 23 chromosomes from each parent. He or she is truly a unique individual human being, never to be repeated. A new person has been created, who at this stage is a tiny living organism weighing only 15 ten-millionth of a gram. Life begins.”

Did you realize that:

This all happens within the first 30 days!

The Gift of Life

Why, then, are you supportive of abortion? Why would you advocate taking the gift of life from other Charlottes and Aidans?

And since the vast majority of those precious little humans were thriving in their mother’s wombs, their lives had to be terminated forcefully. That means being ripped apart or sliced up or suctioned into pieces or burned alive in saline.

Does that not trouble you at all?

Rise Up for Roe

Obviously, you share your mother’s sentiments about abortion. And it was for that reason that you spoke at a recent “Rise Up for Roe” pro-abortion rally.

You actually claimed that abortion had been good for the economy, saying, “It is not a disconnected fact … that American women entering the labor force from 1973 to 2009 added three and a half trillion dollars to our economy. Right? The net, new entrance of women — that is not disconnected from the fact that Roe became the law of the land in January of 1973. So, I think, whatever it is that people say they care about, I think that you can connect to this issue.”

But even if you are right, isn’t this a matter of blood money? Isn’t this saying, “Our economy has prospered because we have slaughtered more than 50 million babies in the womb”? Can any amount of economic prosperity justify such barbarity? Is that really your ethic?

Of course, your math is faulty as well. As Kristi Burton Brown pointed out, “In a stunning piece of research, Mark A. Olson describes in detail how abortion — at a time when 50 million lives had been lost — had cost the U.S. over $16 trillion in federal revenue. As of April 2018, the public national debt of the U.S. was $15.3 trillion.”

In short, have you asked yourself where our economy might have been if 25 million women had not lost their lives through the womb? (I’m not even mentioning the aborted men.)

Jeff Jacoby also noted that, “The rise of women in the modern workplace wasn’t achieved by abortion,” so I’d appeal to you to reconsider that point as well.

But more importantly, please take a moment to reflect on what I’ve written. Please sit for a few hours and look back at your own pictures as your pregnancies developed, asking yourself at what point it would have been fine to terminate the life of Charlotte or Aidan.

Then look at pictures of babies developing in the womb, then at pictures of aborted babies. (As one very graphic meme states, “If you can’t look at it … you shouldn’t condone it.”)

Have you ever done this, Chelsea? If not, doesn’t it make sense to look abortion in the face?

I’m sure you care about women who have been raped and women who feel they cannot bring another child into the world. I’m sure there’s a compassion that drives you.

I’m simply appealing to you as a mother: Dig deeper with that compassion. You, as a mother, are the ultimate hope of that little one growing inside of you. Don’t stifle that wonderful gift of life.