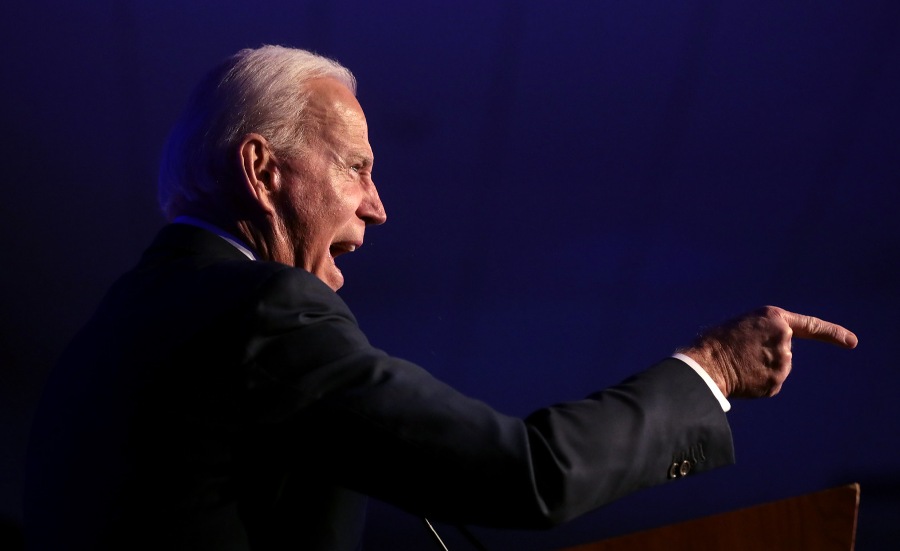 I still love you. And I’m thankful for the freedom you had to vote for your candidate of choice. But you have helped to inflict a terrible setback to our country, and worse, a setback in the advancement of Godly values in our country. A wise Pharisee, Gamaliel, made it clear that very religious people, who mean well, can sometimes find themselves “fighting against God” (Acts 5:39).

Paul pointed out to Timothy that there’s a time and place to “rebuke other believers in the presence of all, that the rest also may fear” (1 Timothy 5: 20). Here goes. My motive is not to heap condemnation on you (that’s the devil’s job), but neither am I allowing you to “agitate your neighbor’s Doberman on a chain,” so to speak, and then run away. You need to own your vote and be accountable for the repercussions it has delivered to you and the rest of us. The rest is between you and God. If Barak Obama was right about anything, it’s that “elections have consequences.”

I assume you were appalled by Trump’s mean tweets. After all, kindness is one of the fruits of the Spirit (Galatians 5: 22). But the same Jesus depicted in your church’s stained-glass windows holding a lamb or hugging children is the same Jesus who turned over tables in the temple. He’s also the same Jesus Who called Herod a fox and the Pharisees snakes, hypocrites, blind guides, blind fools, and a brood of vipers. He might have been “fact-checked” on Twitter if it existed in His day. And that was Jesus Christ Himself. So, can’t we take some mean tweets from Trump? This popular meme says it all: “I’d love a mean tweet and $1.79 gas.”

So, if you voted for Joe Biden, congratulations. No more mean tweets. But you unwittingly voted for double the gas prices, empty shelves, and inflation that we haven’t seen since the seventies, to name a few. But at least we’ve ousted those dangerous pixels on our Twitter screens.

And I’ll bet Trump’s boasting got under your skin. I agree that love is not boastful (1 Corinthians 13:4). But I think sometimes there’s a fine line between confidence and boasting. Will Rogers famously said, “It ain’t bragging if it’s true.” I think that’s partially right. It depends on one’s motive.

In 2 Corinthians, the 11th chapter, even the apostle Paul said: “Listen to me … while I also boast a little. Such boasting is not from the Lord, but I am acting like a fool. And since others boast about their human achievements, I will, too” (verses 16-18).

He added in verse 23, “Are they servants of Christ? … I have served him far more! I have worked harder … .” He then commenced to (as some might perceive) “grandstand” about the many ways he had suffered for the Lord. Of course, Paul’s boasting couldn’t hold a candle to Trump’s. That would sound something like this: “Three times I was beaten with rods … nobody’s been beaten like me. Everybody knows it. And three times I was shipwrecked … shipwrecked like the world has never seen.”

So, congratulations; no more boasting. But you essentially voted for a leader of the free world who is so weak, foreign leaders are running roughshod over him. And so weak, he collapsed his head at the podium over a totally fair-game question. It just wasn’t a soft ball (or beach ball). But at least he’s not boastful.

Can’t Get No Respect

I’m sure you were also appalled when candidate Trump disrespected John McCain, a war hero. Frankly, I was too, and I wasn’t even a big McCain fan. And yes, we are to “respect everyone” (1 Peter 2:1). So again, congratulations; no more disrespectful talk about a war hero. However, regarding war heroes, your president let thirteen of our brave soldiers get slaughtered in Kabul. Your vote also went toward ten innocent people being bombed to death, seven of them children. And filling in that square by “Joseph R. Biden” also helped to leave thousands of American citizens, and Afghans who helped us, stranded in the clutches of the Taliban.

And maybe you thought, “How dare Trump mention Mexican ‘rapists,’ when Jesus told us to “Love your neighbor as yourself.” (Mark 12: 31) That comment was totally misrepresented by the media. But congratulations anyway; no more harsh talk about Mexico. But you voted for a completely open border, letting in the drug cartels, human traffickers, and nearly two million illegal immigrants, all unvetted and untested for COVID. Another impact of your vote? An exponential spike in overdose deaths due to the much higher volume of fentanyl coming in. Your vote has now produced a proposal to give those law-breakers who were separated from their families $450,000. That’s more money than most hard-working, law-abiding Americans have and much more than Gold Star families get.

And let me guess, you were annoyed when President Trump blurted out words without thinking. I concede that, “The heart of the godly thinks carefully before speaking” (Proverbs 15:28). But at least we enjoyed great transparency like no other time in our history. We always knew exactly what was on our President’s mind. Nevertheless, congratulations! We face no more of a president blurting out words without thinking. But you voted for a guy who will hardly speak to the media at all. In fact, he reportedly spent 108 of his first 276 days as president in either Delaware or at Camp David. That’s more days away from the White House than Trump’s four years in office.

Some Christians never got over the trauma of the Access Hollywood tape, exposing Trump’s “Grab them by the [expletive deleted]” remark. You were rightly aghast that he would degrade women like that. Nobody I know tried to defend that comment. But consideration should have been given that it was recorded 15 years prior to the 2020 election. We, as Christians, should understand better than anyone that people can change over time (or suddenly as Paul on the Damascus Road). I’m not excusing the vulgarity in the tape. All I’m saying is that we were not voting for the Trump of 2005. Nor did anyone vote for Obama the coke user. I afforded the same benefit of the doubt to Robert Byrd, a Democrat, for his involvement with the KKK back in the forties. He later said, [It was] “the greatest mistake I ever made.”

Again, congratulations. No more 15 year-old locker-room talk about women. But unfortunately, you voted for an enormous increase in young girls being brought into our country as sex slaves. You also voted for women being beaten, raped, and tortured in Afghanistan. And you also voted for hundreds of thousands of unborn girls to be slaughtered this year alone. And does the name Tara Reade ring a bell?

When Jesse presented his seven sons to Samuel, he thought surely one of them would be anointed king of Israel (1 Samuel 16). Although they were the likely candidates outwardly, Samuel said, “The Lord has not chosen any of these.” He added, “People judge by outward appearance, but the Lord looks at the heart” (verse 7). David, who was not even in the line-up, was God’s choice.

My brothers and sisters, in future elections, we must look past the petty outward things, and diligently seek God for His choice like our country depends on it … because it does.