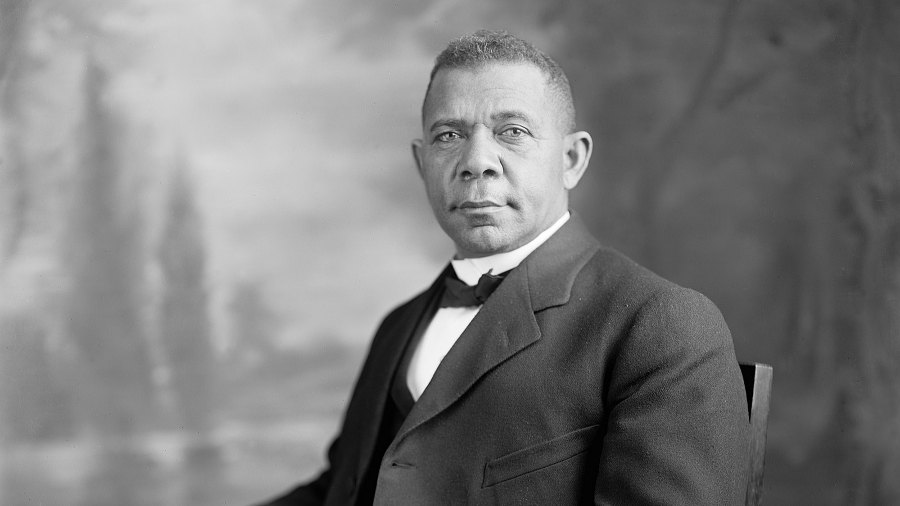 In these days of prevalent “Doublespeak” (and, we could say, “Doublethink”), it is good to be reminded of this famous quote from Booker T. Washington: “A lie doesn’t become truth, wrong doesn’t become right, and evil doesn’t become good, just because it’s accepted by a majority.”

We do well to repeat this to ourselves from time to time as the world around us goes increasingly mad.

There is a relevant quote widely attributed to George Orwell, saying, “In a time of universal deceit — telling the truth is a revolutionary act.”

And while this quote may not have originated with him (at least, in this exact form; see here), it clearly represented his sentiments, as expressed in his classic books Animal Farm and 1984.

We live in such a time today, a time not just of almost universal deceit but also of exponentially growing Doublespeak.

It was in recognition of this that mega-selling author J. K. Rowling recently tweeted (using an exact quote from 1984), “War is Peace. Freedom is Slavery. Ignorance is Strength. The Penised Individual Who Raped You Is a Woman.”

Rowling was responding to a report that, “Police [in Scotland] have been criticised for saying they will record rapes by offenders with male genitalia as being committed by a woman if the attacker ‘identifies as a female.’”

Yes, “Police Scotland said that they would log rapes as being carried out by a woman if the accused person insists, even if they have not legally changed gender.”

I can safely say that we have come a long way in the last 10 years — a long way towards universal deception, massive groupthink and overwhelming Doublespeak.

“This is Not Safe for Us”

In keeping with these absurdities, it is now reported that, “Female inmates in California prisons are seeking relief after a new California law allows biological men to be housed at women’s detention centers in the state based on their ‘gender identity.’”

To quote directly from a letter written by some concerned female inmates, “So we want to know if you can possible [sic] send a copy of the policy and procedures for the screening process of these men coming here. They are getting caught having sex already yesterday a girl was [sexually explicit description] on the main yard. … This is not safe for us.”

Ah, but “these men” are not men at all, even though they are having sex, as males, with the female inmates. And how assuring it must be to these female prisoners to know that, soon enough, they may have a male rapist as a cellmate. Even Orwell would be surprised.

The Pregnant Mother Who Wanted to Be Called a Father

It is in this same spirit of social insanity that we can read headlines like this, from the New York Post, December 22, 2021: “Transgender man who gave birth slams nurses who called him ‘Mom’.”

As the article by Hannah Frishberg begins:

Not everyone who gives birth is a “mother,” this transgender man would like medical workers to know.

In Oct. 2020, Los Angeles resident Bennett Kaspar-Williams, 37, gave birth via caesarean to a healthy baby boy with his husband, Malik.

But in the process of having little Hudson, Kaspar-Williams was troubled by the constant misgendering of him by hospital staff who insisted on calling him a “mom,” the Daily Mail reported.

To paraphrase Rowling’s tweet, “War is Peace. Freedom is Slavery. Ignorance is Strength. And Males Can Now Give Birth to Babies.”

The Man Who is Smashing Women’s Records

Is this anything less than Doublespeak? And shall we mention here the excitement surrounding the new, biologically male University of Pennsylvania swimmer who is smashing the school’s female records?

There used to be a time when women did not have sports’ leagues of their own and when opportunities to compete at college levels were much fewer and further between.

But that era is long gone, and much progress has been made, allowing women, as women, to compete against other women, rather than men.

But no longer! Perhaps we should add, “Madness Is Sanity. Regress Is Progress. And Unfairness Is Now Fairness.”

After all, how can we exclude a male who believes he is a woman from competing against other women? Or imprison a male offender who identifies as female with other males? Or note on his police report that, he, not she, raped a woman? Or properly identify a woman who gives birth to a baby as the child’s mother? (If you think I’m being biased and prejudiced, then answer me this: if this woman is not the baby’s mother, who is the mother? Biology still requires a male and female to produce a child.)

Already in 2011, in my book A Queer Thing Happened to America, I documented how LGBT activists were twisting the meaning of words to suit their own agenda, writing:

Now, as we come to the end of 2021, I can safely say that we have come a long way in the last 10 years — a long way towards universal deception, massive groupthink and overwhelming Doublespeak.

We do well to remember these words, along with this apropos quote from G. K. Chesterton. It has never been more relevant: “Do not be so open-minded that your brains fall out.”