An Encounter With God is More Powerful Than TikTok 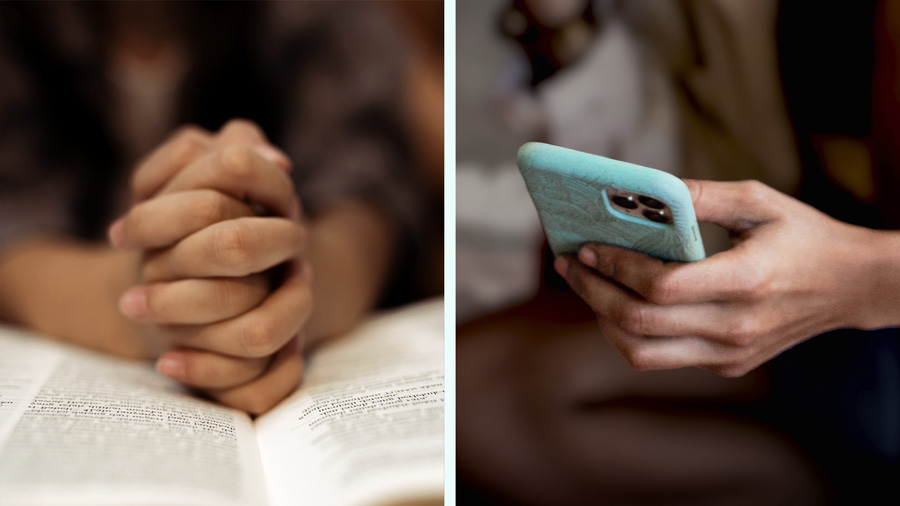 The influence of TikTok on America’s young people has become so pervasive that this past February I asked, “Is China Using TikTok to Control the Minds of Our Children?” As outrageous as that question may sound to some, I only raised it because others had already drawn attention to the disparity between TikTok in China and TikTok in America.

In fact, one day before I wrote this current article, speaking on Fox News Channel’s America’s Newsroom on November 12, “FCC Commissioner Brendan Carr declared that ‘TikTok is China’s digital fentanyl’ and banning it ‘is a basic IQ test for the administration.’ And China shows a ‘very, very different’ version of the app in China than they do in the U.S.”

Not surprisingly, in the aftermath of the 2022 elections, Joel Pollack noted that “Scott Adams, the Dilbert cartoonist also known for his second career as a political pundit, argued Wednesday [November 9] that a big factor in Democrats’ strong performance in the midterm election was the TikTok platform — which is owned by China.”

Is this an outlandish charge?

One of these young people, an 18-year-old girl, told me that just one year ago she identified as gender fluid, omni-sexual and polyamorous.

What we do know is that: 1) social media in general, and TikTok in particular, has had a massive, largely negative impact on the younger generation; and 2) young people from ages 18-29 voted overwhelmingly Democrat.

So, it is not a big jump to imagine that China’s American TikTok policies had a direct impact on our elections, whether intentionally or not.

What cannot be denied is that millions of youth are being shaped and molded by social media platforms like TikTok, often in ways that parents can hardly imagine.

As Rod Dreher wrote, “You think you’re going to save your kid from this contagion by homeschooling them, or putting them in Christian school? Think again. Why might this be? It shows that the general culture is immensely powerful.”

He continued, “I know plenty of Christians who think that signing the tuition check for Christian school means that they have done their best. Wrong! What do you know about the ethos of that school? I guarantee you that there are few Christian schools in the US where the student body’s views are not set by social media, because almost all the parents give their kids smartphones.”

My own kids attended a small conservative Christian school in Baton Rouge, one where smartphones were not allowed on campus. But the school had no authority to tell parents not to give their kids smartphones — and most of them did.

I often cite in this space something that a Polish high school teacher told me in 2019, trying to help me understand why Christianity is dying among the young in that solidly Catholic nation: because there are no institutions — not family, not Church, and certainly not the state — more powerful in shaping the moral imaginations of the young than social media, especially TikTok.

Chew on those words carefully.

According to a Polish high school teacher, “there are no institutions — not family, not Church, and certainly not the state — more powerful in shaping the moral imaginations of the young than social media, especially TikTok.”

How Can We Protect Our Kids?

How, then, can this destructive influence be stopped? What can be done to counter this onslaught?

Let’s start with the obvious: coming up with a really cool Christian social media platform is not the solution.

I’m not saying it is of no value at all. Let’s do whatever we can to provide safe, edifying alternative platforms for both children and adults.

But let’s not fool ourselves. They will not compete with the platforms that currently exist.

What about watching what our kids take in on social media?

That is very important, and parental discretion and hands-on involvement are crucial to ensure the wellbeing of our children.

So, while parental policing is essential and while we must do our best to swim against the tide of the world and model counterculture families, there is something else we must do.

We Must Lead Them to Have Their Own Encounters With God

We must help our children encounter God for themselves. We must introduce them to environments where the Holy Spirit is moving powerfully.

A real touch from God will have more influence on their lives than the most viral TikTok video. A moment in the holy presence of the Lord will bring more life transformation than years of social media brainwashing and indoctrination.

I have seen it with my own eyes, not once, but countless times. Young people weeping in worship. Kids of all ages crying out in fervent prayer. Teens who were suicidal or depressed or gender-confused or full of anger and rage now glowing with an inner beauty and caught up with a heavenly joy.

I have seen them make a break with the spirit of the age and repudiate the lies of the world. I have watched them proclaim their new-found freedoms and leave the junk behind. And while some will need to go through a lengthy process of renewing their minds and getting healed of inner wounds and learning to be whole human beings, others are set free in a moment of time.

We Need a Fresh Outpouring Among Our Young People

That’s why revival has been a major focus of my life for more than 40 years. And as someone instantly delivered from two years of intensive drug use in 1971 (including shooting heroin and speed, taking large quantities of LSD and mescalin, and getting high in other ways often day and night), I can say that truly encountering Jesus changed everything for me.

This is what was happening in the Jesus People Movement (also known as the Jesus Revolution), lasting from 1967 until the mid-1970s, when tens of thousands of hippies and radicals and rebels were wonderfully born again. More than 5 decades later, I can say that the effects have truly been long lasting.

Today, more than any other time in my life, we need a fresh outpouring among our young people, a new, even deeper, more pervasive Jesus Revolution. The fire must fall afresh!

I see flickers of these holy flames already burning in America, having spent the last week ministering to many hundreds of passionate, Jesus-loving young people in three different cities.

One of these young people, an 18-year-old girl, told me that just one year ago she identified as gender fluid, omni-sexual and polyamorous. (I’m sure all of this would have been totally foreign to her had she not been raised in today’s culture.)

But Jesus, by the power of the Spirit, changed it all for her. Now she is in ministry school training to be a world changer for the Lord.

The Lord is ready to do for millions of others what He did for her!

That, and that alone, will turn this young generation. An encounter with God is infinitely more powerful than all forms of social media combined.

I believe He is hovering near.

Book Excerpt: Is the Church Called to Take Over Society?

Is China Using TikTok to Control the Minds of Our Children?