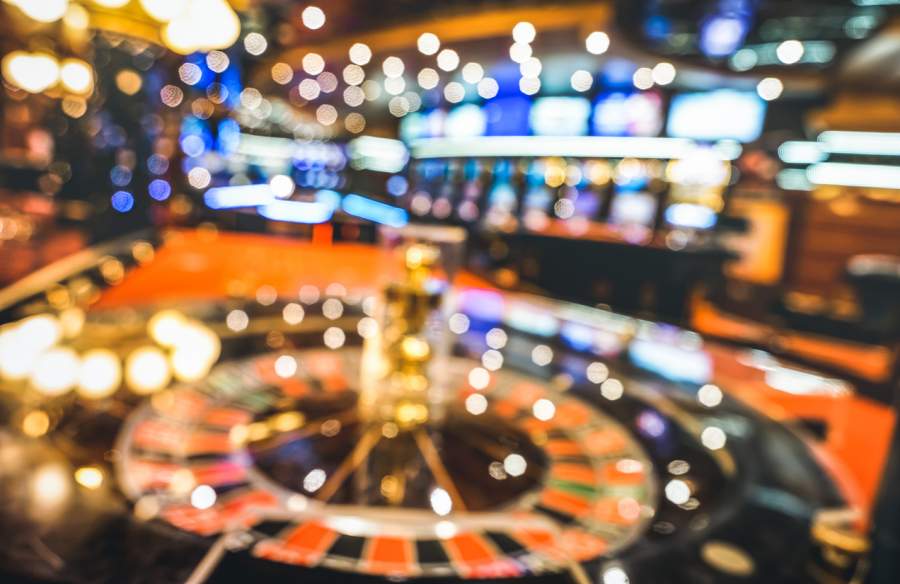 The Razor’s Edge should be required reading now. Somerset Maugham’s classic 1943 novel about spiritual enlightenment has been made into movies twice, once starring Tyrone Power, and again starring Bill Murray. It tells the story of a young man, Larry Darrell. He returns to America after World War I disillusioned, seeking answers to the deep spiritual questions. He turns down job offers from banks and stock companies. Then he causes problems with his fiancée. At last he goes to Europe and then India in search of the meaning of existence.

What makes The Razor’s Edge compelling today? The spiritual hunger the story addresses. We cannot sate that appetite with material well-being. Otherwise, most Americans would be just fat and happy today. In fact, it has only grown more acute.

How Our Hive Breeds Its Worker Bees

For insight, see 2014’s Excellent Sheep: the Miseducation of the American Elite and the Way to a Meaningful Life, by William Deresiewicz. He shows that America is succeeding at what its elite tries to do. But such success is in fact a failure. We’re producing young generations of driven and ambitious students bereft of passion or soul. These young adults are polite, well-prepared, and programmed to succeed:

From orientation to graduation, the message [to elite students] is implicit in every tone of voice and tilt of the head, every old-school tradition, every article in the student paper, every speech from the dean. The message is: You have arrived. Welcome to the club. And the corollary is equally clear: You deserve everything your presence here is going to enable you to get.

Attend any Ivy League commencement and you’ll see these people in droves.

Larry Darrell in The Razor’s Edge points to a harder, better path. That character was considered scandalous and bizarre when the book was written in the 1940s. But we might just need to learn from him right now. Here was a handsome young man with connections and a gorgeous girlfriend. But he shrugged everything off in order to search for God.

Larry’s experiences of seeing death up close in World War I had changed him. It drove him to look for, and look after, his soul. Larry seeks out manual labor with the lower classes, working in a coal mine in France. Then he studies with Benedictines in Germany. He finally arrives in India, where he has a spiritual awakening in the Himalayas. Ultimately Darrell returns to America. But not to some elite position his connections could easily land him. Instead Larry chooses a life of manual labor. He says such work lets him “keep the mind free while also accomplishing something.”

The Razor’s Edge offers a rewarding alternative to today’s mindless grasping after comfort, convenience, and easy gratification. But Larry’s path if anything requires more work than the usual office grind. Nor was Somerset Maugham a proto-hippie, Marxist or New Age occultist. In fact, he was a hugely popular mainstream novelist whose work was often dismissed by the leftist cultural establishment of his day, and since. He was talking about an adult search for God, not tearing down the economic system that has led to the eradication of so much poverty and illness.

From Spiritual Seekers to Slackers

In a 2014 essay in the New York Times Magazine, A.O. Scott explores American culture from an unexpected angle. He shows how America, from Ben Franklin to Huck Finn to Jack Kerouac, has always celebrated a male at odds both with home and society.  “We Americans have never been all that comfortable with patriarchy in the strict sense of the word,” Scott observes. 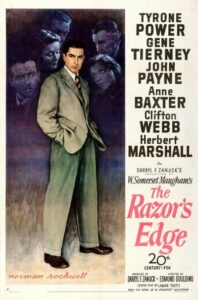 The men who established our political independence, for the most part, would be considered late adolescents by today’s standards (including Benjamin Franklin, in some ways the most boyish of the bunch). They did so partly in revolt against the authority of King George III, a corrupt, unreasonable and abusive father figure. It took more than a century for those rebellious sons to morph into paternal symbols in their own right. Few called them “Founding Fathers” until Warren Harding, then a senator, used the phrase around the time of World War I.

The typical male protagonist of our fiction has been a man on the run, harried into the forest and out to sea, down the river or into combat — anywhere to avoid ‘civilization,’ which is to say the confrontation of a man and woman which leads to the fall to sex, marriage and responsibility.

[O]ne of the factors that determine theme and form in our great books is this strategy of evasion, this retreat to nature and childhood which makes our literature (and life!) so charmingly and infuriatingly ‘boyish.’” Scott, argues that from Franklin, Mark Twain, and Holden Caulfield, “there it is but a quick ride to the [adolescent comedy] Pineapple Express and [juvenile film auteur Judd] Apatow.”

Jesus Went to the Desert, But Not to Vegas

And that’s where Scott goes hideously wrong. There’s no line connecting the older characters and the new. A deep chasm divides them, in fact. Scott is right that American culture is filled with male characters who reject both societal institutions and traditional marriage. But until recently, these characters were compelling because there was a third choice between family and society: God. The search for God proves often a journey that requires great courage, filled with hazards. As the early apostles knew, it can even end in suffering and death. It is the very opposite of escapism.

Scott lays heavy emphasis on Huck Finn, a character who sets out on a raft to avoid attempts to “sivilize” him.  Yet Huck does not flee authority so he can lounge around, play Grand Theft Auto and smoke pot. (See almost any Seth Rogen or Adam Sandler movie.) Huck “lights out” because earthly authority is corrupt (endorsing slavery). He finds life on the raft is a kind of mystical hot spot that puts him in connection with the numinous. Some of the most timeless passages from The Adventures of Huckleberry Finn are simple scenes of God’s grace-infused nature observed while Huck and Jim are drifting down the river.

God-seeking themes run throughout American literature. Moby Dick, for example, is as much a metaphysical pilgrimage as a hunting story. The spiritually charged novels of Walker Percy like The Moviegoer and Love in the Ruins carry on that tradition. Holden Caulfield was not a high school dropout roaming around New York getting drunk and looking for prostitutes. The Catcher in the Rye depicts a young traumatized man tenuously holding on to his sanity, seeking some moral center in a fallen world. Could Dean Moriarty in On the Road, a book that Jack Kerouac described as “two guys out looking for God,” really be compared to Batman?

In his Times piece Scott claims that “the Updikean and Rothian heroes of the 1960s and 1970s chafed against the demands of marriage, career and bureaucratic conformity and played the games of seduction and abandonment, of adultery and divorce, for high existential stakes, only to return a generation later as the protagonists of bro comedies.”

But these seekers never did return. They were replaced by perpetual adolescents. The writers behind these characters grew up in a secular and Woke academic culture. They escape not to the great wilderness or the Sinai but to Las Vegas. Souls that go to Vegas stay in Vegas.