How to Save Journalism: Manual Labor

Journalists: You need to get a job. A dirty, physically demanding job. 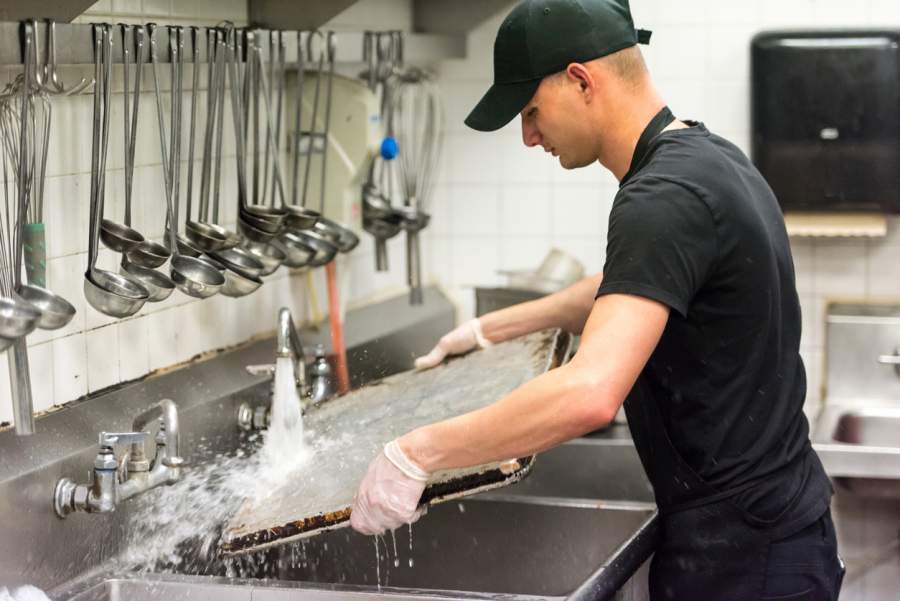 In most professions, there are intermittent periods of tutoring to sharpen skills. Professional athletes practice in the off season, studying strategy and doing drills to master the fundamentals. Airline pilots have to take tests to make sure their senses stay sharp. Doctors bone up on the latest illnesses and their treatments.

Journalists are required to take no such training. As a result, they tend to isolate among similar types, hanging out at the same New York and Washington parties or network green rooms, never leaving the small radius of their beat. They lose touch with the people they claim to cover. Their coverage becomes a tape-loop, repeating the same talking points for hours on end.

Want to Reach the People? Maybe Go Meet Some

The solution is easy: journalists can get jobs working with real people. They can work manual labor part time, or for a few months over the holidays. A job in a restaurant kitchen. Or at a home improvement retailer or hardware store. Maybe a steel mill or a coal mine, or on a construction crew or nursing home. Any of those could reintroduce journalists to the people they claim to cover. It also might remind them of the concept of humility.

I’ve committed a lot of journalism in my life. But the combination of my turn towards conservatism and the decimation worked by the digital revolution on newspaper jobs meant that I always had to keep a foot in the working class. I’ve washed dishes, cut lawns, worked in hardware stores and mulch pits, and waited tables. It was a way to make a few extra dollars, but also to keep connected to the people of America.

As the recent two elections have shown, working people are breaking toward the Republican party. They are turned off by identity politics, punitive liberalism and academic elites. As Henry Olsen argues in his book The Working Class Republican, if conservatives sell themselves as for the working class and not opposed to the parts of FDR’s New Deal that genuinely helped people (Social Security for example) they can form a gigantic multi-ethnic and multi-generational coalition.

If journalists spent any time with working people, they would realize certain things very quickly. The first is that most Americans are not race obsessives the way Hollywood and the media are (with conservatives not much better).

Not Obsessed with Race or Politics

I once worked in a large home improvement store, and my coworkers were from Africa, Ireland, Mexico, the Middle East, to name just a few. We were all focused on various tasks and made friends with each other easily, usually bonding in the break room over which professional sport was playing on TV. People did care about politics, but nowhere near the extent of the wall-to-wall liberal obsessives on CNN and in the New York Times and Washington Post.

It was, in short, the real world. Liberals dependent on a crisis culture (BREAKING NEWS!) to give them things to do don’t like to hear it. But the American experiment is working fine. We all respect each other. Now leave us alone.

The second thing I’ve learned working regular jobs? That most working people have a visceral and authentic distrust of political and social coercion. To be sure, many join unions, but that’s not the kind of strategic economic self-interest I’m talking about. Workers dislike politicians, celebrities and professors raising their taxes. Or lecturing them that a man can become a woman, that police are racists, or that illegal immigration is not a problem. It’s an often overlooked irony of history that Poland’s Solidarity movement, a working class party, help topple Communism.

Earlier this year, CNN’s Kaitlan Collins made a stink when the Trump administration tried to … move her seat to the back of the White House press room. Collins’ complaining Tweet got more than 100,000 likes.

Tonight the White House tried to have me, and only me, swap seats with another reporter several rows back. We both refused to move from our seats that were assigned well in advance. The briefing was short, the president took no questions and it proceeded as planned.

The Fourth Estate once produced bravehearts like war correspondent Ernie Pyle. And Sydney Schanberg (a “risk-taking adventurer who distrusted officials, relied on himself in a war zone and wrote vividly of political and military tyrants and the suffering and death of their victims with the passion of an eyewitness to history”). And Luis Marden. Now the industry is a playpen of narcissists.

Collins and Acosta both need to lay some bricks. It might help them escape their own back passages.