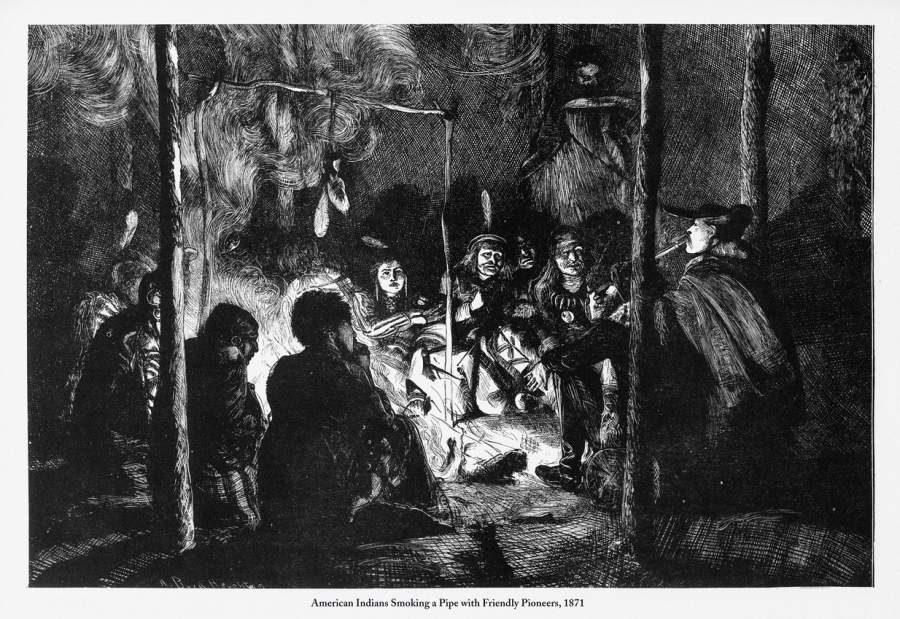 Will the Steal succeed? One option after another seems to be vanishing. Can we still legally prevent the Democrats from installing a president elected under the shadow of massive vote fraud? Now it seems our last resort is a vote in Congress to reject the tainted Biden electors and accept electors for Trump.

But our own party leaders, such as Mitch McConnell, are wielding all their power to prevent that. Every major medium, including Fox News and National Review, covers its eyes and plugs its ears. They don’t want to know about the mounting evidence of massive, coordinated cheating. To follow the story, we must seek out new venues. I’m grateful that Newsmax, Real America’s Voice, One America News, and The Epoch Times still exist. That Parler’s still free. (Editor’s note: The Stream is now on Gab and MeWe also.)

Those of us who insist on talking about the Steal are being purged, one by one, from social media. Friends report getting banned for sharing President Trump’s own posts. Courageous citizens like Eric Metaxas are getting their reputations dragged through the muck by comfort-loving conservatives, who value their Pharisaical good names above their country.

Will our country’s freedom, and the prospect of any future honest elections ever, be choked in the eye of a loophole? Far too many Christians today gladly strain at gnats, but choke down camels.

There’s no “evidence” these time-servers say. Then they point to court decisions based on purely procedural grounds. Present them with the evidence? Then they’ll shout “La-la-la! Not listening, it’s too late!” Well, which is it, then? Is there no proof the vote was stolen? Or is it too late to challenge it? Make up your mind. Will our country’s freedom, and the prospect of any future honest elections ever, be choked in the eye of a loophole? Far too many Christians today gladly strain at gnats, but choke down camels.

I’m glad they showed their true colors. I know whose phone numbers to lose, and whose books not to buy.

How many of those waving off affidavits, video evidence, and statistical proof that the sudden, late-night Biden vote surge was corrupt solemnly took seriously:

But now the media’s finally reporting on the Biden family’s corruption. We’re seeing proof of massive Chinese influence-peddling and spying on our Congress. Those Russia collusion hawks hide behind legislative deadlines. Then they accuse us of being deranged conspiracy theorists.

Read This Fraud Report. Tell Your Representatives to.

For a detailed account of the fraud, see Peter Navarro’s comprehensive document “The Immaculate Deception.” You can find it in full here. Read it carefully. Quote it to friends who have been gas-lit into thinking there’s nothing wrong. Then contact your senator and congressman. Demand that they read that report, and vote to reject electors chosen due to corruption.

Will that work? I don’t know. I don’t know if God is done with the United States of America, for having so long tolerated an evil like abortion. In strict justice He should be. But we can implore His mercy, instead.

Are We Cursed by Ancestral Guilt?

What haunts me at the moment are the grim historical parallels between how our elites are treating us now, and how American Indian leaders treated their own people, when our ancestors were conquering North America.

Any American furnished with a conscience finds it painful to read the history of Europeans’ treatment of the Indians. Since I’m not on the Left, I won’t indulge in any of the standard anti-American myths. Here are a few.

It was historically inevitable that some more advanced people from the Old World where land was scarce would take over North America. Given fallen human nature, it’s highly unlikely that those settlers would have behaved like Quakers, at least for long. Even the French who settled Canada lightly and tried to baptize and co-exist with the Indians unknowingly carried devastating diseases which slashed their population.

Are Our Chiefs Selling Us Out?

But from a Christian perspective, none of that absolves how so many European settlers, then U.S. officials, behaved toward the Indians. And the ways they behaved should resonate with us in a tragic key today. Because the West’s globalist elites, and their partners in Communist China, are treating us today as land-hungry Europeans treated the Indians, over and over again. That is, get hold of the leaders of the people, and intimidate or bribe them. Offer them personal gain and promises of power and support. Then get them to sell out their people’s lands and future.

English then American settlers again and again made treaties with Indian chiefs, which in effect amounted to bribes. They offered the chiefs themselves tempting alliances, bags of trinkets, boxes of rifles, and casks of rum. Thus satisfied, the chiefs would sign complicated treaties they barely understood, which gave Europeans pretexts to keep on marching westward.

Did China Buy America for the Price of a Few State Officials?

And that is exactly what’s happening to America right now, from top to bottom. Big Chief Joe Biden, we know how, was beholden to China for the massive bribes it paid his son. He was also subject to blackmail, for the other filth found on Hunter’s laptop. We know that a leading Democrat on the Intelligence Committee, Rep. Eric Swalwell, was compromised by his affair with a Chinese spy. I wonder what we will find out someday about Governor Brian Kemp of Georgia, whose last chief of staff now works … for Dominion Voting Systems.

What will we learn about secretaries of state from Georgia and other states where the vote was stolen, then solemnly certified? Will a Biden-run FBI even investigate? Will we ever find out why leaders of Republican-run state legislators wouldn’t take fraud evidence seriously? Why they wouldn’t fight to send honestly-chosen electors to Washington? Was it corruption, Trump Derangement Syndrome, or simple cowardice?

China Pulls Its Strings, and Our Leaders Dance

We know that Chinese Communist leadership is enraged at President Trump’s strong pushback against China’s aggressions. For the first time in decades, the U.S. has shown some spine. From unfair trade, the use of slave labor to make export goods, to massive theft of intellectual property and widespread spying and bribery, Trump has sought to hold China accountable. In past administrations, China could count on its “friends” in “the highest places” to tamp down American outrage. Don’t believe me, watch this highly placed Chinese Communist brag about it.

China intentionally inflicted the COVID pandemic on the world by letting one million potentially infected Chinese get on international flights. This while all of China was locked down against travel, and sick people in Wuhan were getting welded into their homes to die.

Democrats led by Biden denounced Trump’s travel ban, with fake “xenophobia” charges. Then they pounced on the virus like jackals on a wounded antelope. They closed our churches, but not their abortion clinics. They closed our businesses, and made Americans dependent on their government checks. Worst of all, they claimed that massive riots burning down our cities wouldn’t spread the virus, but in-person voting would.

Mail-in voting, a scam which Republicans idiotically accepted in state after state, finally made the Steal so difficult to fight. Will we someday learn that our chiefs sold us out to foreign masters and unpatriotic elites for a few casks of rum, deposited in Cayman Islands accounts?

Will we even be free to mourn it?

Let’s speak up like the Indian chief who wouldn’t drink the white man’s rum. Who won’t give up his homeland. If there’s ever a hill to die on, this is it. There may be no more hills left after this one.

So as not to spoil all your Christmas spirit, let me end on a lighter note. Don’t miss Eric Metaxas’ hilarious new Stop The Steal Song, “Just Rest Ye in the Basement, Friend.”