Three Values Have Led to America’s Greatness: The American Trinity 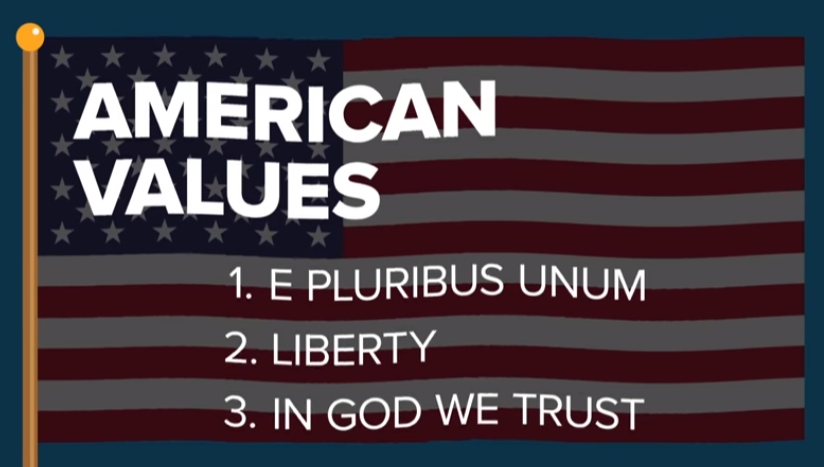 While nearly every other nation in the world is defined by race and ethnicity, the U.S. is defined by values. Dennis Prager calls these values “the American trinity.” He explains their importance in PragerU’s latest video, released Monday.

In the video, entitled The American Trinity: The Three Values that Make America Great, Prager lists the defining values, captured in words found on our coins: E pluribus unum; Liberty; and In God We Trust.

Because of the value expressed as e pluribus unum (“Out of many, one”), any immigrant who becomes an American citizen will feel like an American, Prager argues. In other nations, united by ethnicity, immigrants who become citizens will often not truly feel that they belong. The fact that race and ethnicity don’t define Americans creates our real unity.

“Liberty” lets Americans end up “wherever their abilities, work ethic and luck take them,” Prager says. The end result of one’s work is not equal to another’s. Trying to create a system in which everyone ends up equal is a European value — think of the French revolution. That deprives people of liberty. While the U.S. affirms equality in human value and before the law, it does not decide what a person’s income will be. Nor does it require that every action will lead to the same result.

The value expressed in the slogan “In God We Trust” means that God gives humans rights. If humans alone are the source of rights, humans can add or take away rights as they please. That’s a dangerous world to live in.

“The American trinity is the reason America became the world’s freest and most prosperous nation,” Prager says. But these values are under attack in the U.S. “With the exception of the civil war, this is the greatest internal battle of American history.”

Whether Americans continue to esteem its core values or adopt more European values will determine the future of American freedom, prosperity and morality.