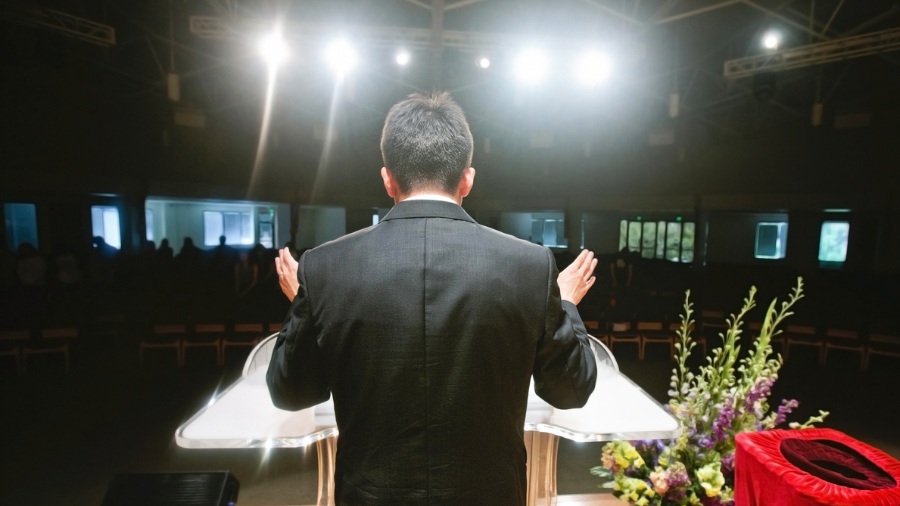 There are many fine pastors in America. They are devoted shepherds. They are faithful teachers of the Word. They care for their flocks. And when necessary, they sound the alarm.

For each of them, I am thankful. Some of them are dear friends and co-workers, and many of them have sacrificed much for God’s work and God’s people.

But there are all too many others who do not see the handwriting on the wall. They seem willfully ignorant of the “signs of the times.” For them and, even more, for their congregations, I am deeply concerned.

According to a recent Barna survey, “a plurality of the general population believes freedom of religion in the U.S. is worse than it was 10 years ago.” The percent of the population who said religious liberty is getting worse grew from 2012-2015, and again from 2015-2017.

In contrast, “the proportion of Protestant pastors who fear religious liberties may be further restricted in the future has actually dropped.” Dropped? Seriously?

Our religious liberties are under attack from every corner — from our children’s schools to our places of business and from the internet to the courts. How can it be that many Protestant pastors are less concerned now than before?

Our religious liberties are under attack from every corner — from our children’s schools to our places of business and from the internet to the courts. How can it be that many Protestant pastors are less concerned now than before?

According to Barna, “In the 2014 survey of all Christian and non-Christian clergy, over half of Protestant pastors (55%) admitted they were very concerned that religious freedom will become more restricted in the next five years; this percentage fell to below half (49%) in the 2015 / 2016 study and to one-third (34%) in 2017.”

If signs of concern waned during these years, it’s not because emphasis on religious freedom was any less prominent in national news. In 2015, in particular, there were several high-profile religious liberty stories, including the controversial passage (and amendment) of the Indiana Religious Freedom Restoration Act, which proponents claimed was intended to restrict government’s ability to infringe on religious rights; the landmark ruling in Obergefell vs. Hodges in the Supreme Court, granting marriage rights to same-sex couples; and threats to repeal the accreditation of Gordon College for their statement of faith on marriage as limited to a man and a woman. Considering these events in light of a perceived drop in Protestant pastors’ concerns about religious freedom, there is perhaps less of a ‘headline sensitivity’ than one might expect.

Confident Because of Trump?

Could it be that these pastors feel more confidence because of the positive steps the Trump administration has taken to reinforce our religious liberties?

That is certainly possible. The president has done a lot for the cause of religious liberty. He has warred against the Johnson Amendment and made many fine federal court appointees. And he has used his bully pulpit to speak up for our freedoms.

At the same time, it would be foolish for us to think that the national tide had somehow turned. That our religious liberties are not under serious and real attack. And what happens if a radical, leftist Democrat becomes our next president? What will things look like then?

In my 2011 book, A Queer Thing Happened to America, I devoted one whole chapter to the assault on our freedoms. I noted, “The really frightening thing is that it would be easy to write an entire book focusing on the subject matter of this chapter alone, and the book could be much longer than this present book – and this is one long book!” (For the record, the book was 700 pages long with 1,500 endnotes. The chapter in question was more than 17,000 words long.)

That was back in 2011. Even then, I could list numerous, full-length books documenting this very real assault on our most fundamental freedoms. Namely, our freedoms of speech, conscience, and religion.

For example, in 2003, David Limbaugh wrote, Persecution: How Liberals Are Waging War Against Christianity. That same year Alan Sears and Craig Osten wrote, The Homosexual Agenda: Exposing the Principal Threat to Religious Freedom Today. In 2009, Donald Wildom wrote, Speechless: Silencing the Christians. Also in 2009, Janet Folger wrote, The Criminalization of Christianity: Read This Book Before It Becomes Illegal! In 2010, Tammy Bruce wrote, The New Thought Police: Inside the Left’s Assault on Free Speech and Free Minds.

This is just a representative sampling, and some of these books are more than 15 years old. In fact, reading their content only underscores the urgency of the hour we live in today. In many ways, the warnings were quite prescient. And remember: these were written before social media giants like Google and Facebook had fully shown their hands.

Today, you need a very large, detailed scorecard to keep track of the latest assaults on our religious liberties. It’s to the point that some major organizations (such as the ADL or Liberty Counsel or the FRC) sound out daily updates.

Speak Up While We Can

That’s why this Barna survey should be of special concern. Our leaders need to wake up and speak up — while they still have the chance.

And to every congregant who would say, “My pastor is not sounding the alarm or giving us constructive steps to take,” I offer you this council.

First, pray for them, don’t gossip about them. They have a lot on their plate and face many unique challenges.

Second, send them a note and say, “Pastor, we love you and are praying for you and we want you to raise your voice. On behalf of our families — especially our children and our grandchildren — please speak up and speak out.”

Then, remind them of the oft-quoted words of Dietrich Bonhoeffer: “The ultimate test of a moral society is the kind of world it leaves to its children.”

(For a related video, see here.)