American Muslims: More ‘Islamophobic’ Than Everyone Else 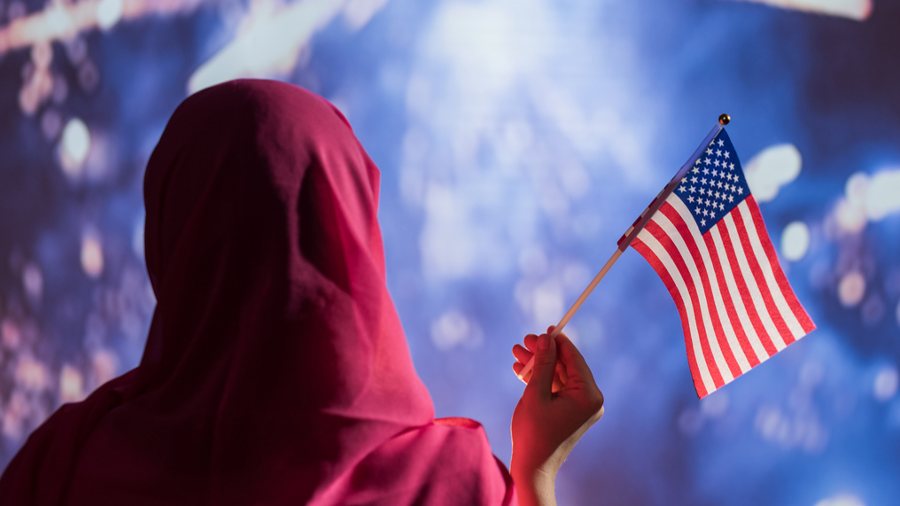 For long, the powers that be have insisted that Islamophobia — defined as “unfounded fear of and hostility towards Islam” — is the root of all problems between Muslims and non-Muslims in the West. Speaking last May, Joe Biden lamented that “so many Muslims [are] being targeted with violence. No one, no one should [be] discriminated against or be oppressed for their religious beliefs…. Muslims make our nation stronger every single day, even as they still face real challenges and threats in our society, including targeted violence and Islamophobia that exists.”

The accusation is that, based on a number of negative stereotypes concerning Muslims — for example, that they are violent, hostile, and uncivilized — Americans have come to dislike and fear Muslims; and this, in turn, makes Muslims resentful and eventually lash out.

A new poll, however, has completely overturned this position (not, of course, that the powers that be will acknowledge it). As it happens, Muslims — they who know Islam more than anyone else — are more Islamophobic than non-Muslims in America; they are more, not less, prone to believing that Muslims are violent, hostile, and uncivilized.

The poll was conducted by the Institute for Social Policy and Understanding (ISPU), a Muslim think tank headquartered in Dearborn. Its findings were so inescapable that ISPU — whose entire existence revolves around presenting Muslims as victims of Islamophobia in America — had to conclude that, “over time, Islamophobia has declined among other groups but has increased among Muslims.”

Consider the following excerpts from the report (while taking certain words and phrases employed by the Muslim think tank — such as “tropes” and “false notions ”— with a grain of salt):

American Muslims (19%) are more likely to agree with this idea [that “most Muslims living in the U.S. are hostile to the U.S.”] than are Jews (4%), Protestants (10%), the nonaffiliated (7%), and the general public (8%). At 11% and 12%, Catholics and white Evangelicals are as likely as Muslims to agree that Muslims are hostile to the United States…

[Then there is] the erroneous idea that most Muslims living in the United States are less civilized than other groups. Again, we find that Muslims exhibit higher levels of endorsement of this trope with American Muslims nearly three times more likely than white Evangelicals to do so. Nearly one in five Muslims (19%) agree with this trope, compared with 5% of Jews, 6% of Catholics, 5% of Protestants, 7% of white Evangelicals, 5% of the nonaffiliated, and 5% of the general public. The 19% of Muslims who agree with this idea includes 11% who ‘strongly agree’ compared with 1-2% of all other groups surveyed.

These findings are eye opening to say the least. Remember, the entire premise of Islamophobia is that, in their ignorance of “true Islam,” xenophobic Americans are prone to stereotyping Muslims as violent, hostile, and uncivilized. Yet, behold the truth: no one segment of the American population sees Muslims as violent, hostile, and uncivilized as much as those who are best acquainted with everything to do with being Muslim — that is, Muslims themselves.

Perhaps it is fitting to close by returning to Biden, and his claims that Muslims are perpetual victims of Islamophobia and violence. When, on August 5, 2022, a fourth Muslim man was killed in Albuquerque, Biden rushed to exploit these murders in furtherance of his narrative, tweeting: “These hateful attacks have no place in America,” thus implying American “Islamophobia” was the driver of these murders.

Then reality hit: the murderer was himself a Muslim — and thus one more reminder why Muslims are so Islamophobic, rightly fearing fellow Muslims.

We are always being told to listen to Muslims. When it comes to evaluating which aspects of Islam are “tropes” and which are not, perhaps we should start.

Who is the Real Lady of Heaven?