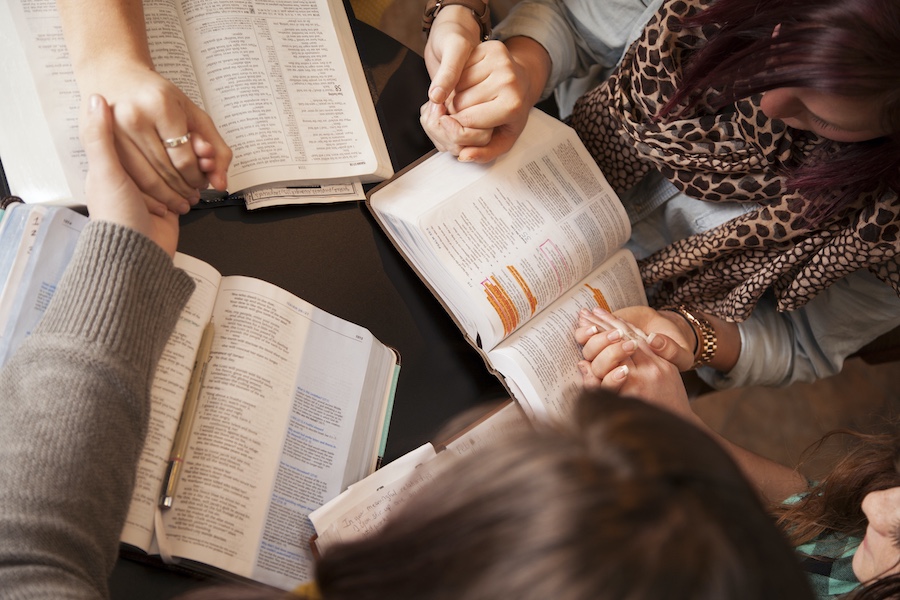 My dad volunteered for the Army Air Corps in 1941. Mom signed up for the best service she had access to at the time, and became a registered nurse. My uncle Paul was captured and suffered long inside a German P.O.W. camp. His wife, Aunt Muriel, became a nurse, too.

They were just four of millions whose character was forged by convictions and community during the deep losses of the Depression, and by enemies threatening our land from across both the Atlantic and the Pacific. Tom Brokaw called them “The Greatest Generation.”

We Need a New “Greatest Generation”

It’s time now for a “Greatest Generation” of American Christians.

I haven’t read Brokaw’s book, but I know the family I was raised in. I think I have a good idea what it was that made them great. It was partly the day in which they lived: Easy times do not make great men and women. American Christianity enjoyed easy times for generations.

I do not mean that American Christians enjoyed easy times. There were wars (both hot and cold), there was racial discrimination, there were individual challenges. Through all this, though, the one least difficult thing to do was to identify as a church-going Christian.

In true humility of prayer, followed by self-sacrificing service, we could find ourselves becoming American Christianity’s greatest generation. May it be.

Now Christianity itself is under assault in America. The collateral damage from this attack includes deep, seemingly mortal injuries to moral thinking, personal responsibility, marriage and family, economic wisdom, and cherished American liberties including freedom of speech and religion.

But those are mere abstractions. The opposition is aiming at people. The spiritually dead are trying to spread their death to our children, our family members, our friends, and others we love. Flush with resources, they’ve got more than enough momentum to steamroll us all.

Jesus said to love our enemies, then He told us how to love them: by blessing and praying for them. Not by sitting idly by and letting them continue inflicting their harm.

What will stop them? The Lord, surely, yes; but He uses His people. It’s time we took the great step of letting Him use us greatly.

There was a time I shied away from that word “great.” I thought it was unchristian. Proud. Arrogant. I was wrong. Jesus outlined a way to be great, through serving. Greatness can include high positions: John the Baptist held a position of greatness, yet he was greatly humble. We dare not let false humility keep us from attempting great things.

My parents’ generation wasn’t great because of the generals, though. It was because of the infantry. The mechanics. The cooks. The pilots. People who knew, no matter what role they were in, they had to give it their whole heart, mind, and soul.

What does it take to be great? Many things. A heart for God. Prayer. Fasting. A team, a task, a strategy. Equipping, including the training we need — just as my mom and dad went through in wartime. We can come back to all these, but I must camp on the first one, the same one that made the original Greatest Generation great: Resolve. We have to decide to follow God with our whole hearts. Along with that, we must resolve to stand for Him no matter what.

Then what? This resolve, this resoluteness, too, is an abstraction, mere words, until it’s filled with content. We need something to do, some action to take, and too often we don’t know what it is.

Suppose you did know, though. Suppose it was a 10 percent increase in your giving. Or in your praying, study, teaching, or advocacy. Would you do it? In a day of spiritual battle like America has not seen in generations, would you give that much to fight for God’s grace, mercy, and truth?

I doubt it. Ten percent is too little. It’s paltry. And it won’t turn the tide. The Allies didn’t win World War II with an extra 10 percent. That’s not how the Greatest Generation became the greatest. They gave years to it. Many gave their lives. It was worth it.

What Will You Resolve To Do?

Here’s what I challenge you to do instead. Set aside some hours. Take a Bible and pen and paper to write on. Print out this article, and Jay Richards’ piece today on fasting. Read them, and look through more articles from The Stream to remind you of the kind of battle we’re all waging.

Pray. Write your thoughts down. And answer this question: What’s it worth? Here and now, in America’s darkest spiritual hour, when Drag Queen Story hour is growing as fast as many churches are shrinking, when students are being deceived by everything from sex to socialism, when families are falling apart, racial division is daily in the news, a whole political party is pushing for more abortions, atheists and leftists are using the courts to shrink religious freedom, workers are being fired for not speaking the secular party line, and everywhere young people are being taught that this is all right and good, a huge moral improvement over bigoted Christianity — with all this going on, how much of yourself will you give to help turn it all back around again?

The how question matters. I get that. It’s hard to make any commitment in a strategic vacuum. I don’t know all the specific work God has called you to. He has worthy, significant roles for every one of His people. The one we have in common is prayer.

Commit to Pray! (And See What Else God Has For You)

So will you resolve to pray? Will you give it more than 10 percent extra? Would you join with millions who are fasting through Lent? As you pray, pray through the Psalms, pray through your favorite prayer book, read The Stream and pray for the situations we report on here. (Please, please pray for The Stream and our staff, too.)

It’s not the whole answer, I grant. But what if we committed to start there, and then to keep on doing what it takes to see these spiritual battles won? In true humility of prayer, followed by self-sacrificing service, we could find ourselves being American Christianity’s greatest generation. May it be. Let’s unite in firm resolve! Let’s see what God may do through us.