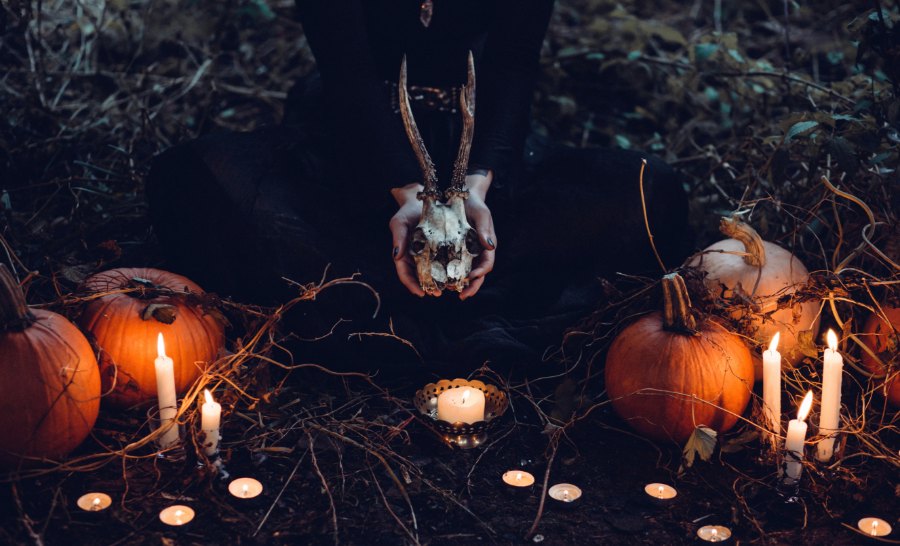 In case you missed the news, today, October 25, President Trump is in particular need of prayer. At 11:59 p.m., “thousands of witches will simultaneously conduct a ritual which is meant to ‘bind’ Donald Trump.” As Michael Snyder explains, “‘Unlike a ‘curse’ or a ‘hex’, a ‘binding spell’ is not meant to cause harm. Rather, the witches hope to prevent President Trump from doing harm to the United States by his actions, and so they actually believe that they are doing something very positive for the country.”

And yet, Snyder notes, these witches will “call on ‘demons of the infernal realms’ for help in binding Trump.” This is definitely an overt appeal to the dark side. There is nothing good about it.

We’ve Seen This Before

But this shouldn’t surprise us at all. As I documented in Jezebel’s War with America:

Tarrot Cards and “The Goddess Movement”

There is even a well-documented rise in tarot card in recent years, as noted in a 2018 BBC article by Didem Tali. As Tali wrote, “In the late 1970s, when Karen Vogel started to create tarot cards at her home in Berkeley, California, she couldn’t have known that they would one day be featured on haute couture catwalks.

“‘We had academic backgrounds in anthropology, women’s studies and history,’ explains Ms Vogel, who started Motherpeace Tarot with her business partner Vicki Nobel.

“‘We were also interested in alternative healing methods and the Goddess movement, so tarot felt like a good way to combine all these.’”

There is a demonic attack on President Trump. These witches especially hate him because of the stands he has taken.

To be sure, not all of these tarot practices make a direct appeal to Satan and his minions. But it’s no coincidence that, just as witchcraft and radical feminism are closely connected, so also Vogel connects tarot cards to “the Goddess movement.” And it’s no coincidence that one of the tarot images is the “Priestess of Wands and Death.”

Trump is the Epitome of Abusive Patriarchal Power to Radical Feminists, Witches

As for the goals of radical feminism (also cited in my Jezebel book), consider these:

For these radical feminists and witches, Trump is the epitome of abusive patriarchal power. He’s the exemplar of gross patriarchal assumptions.

Needless to say, I’m more than aware of why many women dislike the President. As a husband, father and grandfather, I’ve raised my share of issues with Trump over the last three years. But we must not lose sight of the forest for the trees.

There is a demonic attack on President Trump. These witches especially hate him because of the stands he has taken. (Consider it from this perspective: If Trump was a total gentleman in all his dealings with women, these witches would still be hexing him if he was strongly pro-life and anti-LGBT activism.)

And the best way to combat demonic attacks is through the power of prayer.

“Heavenly Father, I ask you to protect President Trump from every demonic attack and from every satanic ploy. And I ask you to work Your will into his heart and life and character.”

Why not lift up the President today in prayer, making this simple request? “Heavenly Father, I ask you to protect President Trump from every demonic attack and from every satanic ploy. And I ask you to work Your will into his heart and life and character.”

Can you pray this for Donald Trump, whether or not he had your vote?

If you’re a true follower of Jesus, this should be a no brainer.