What Alfred Kinsey and Hugh Hefner Had in Common 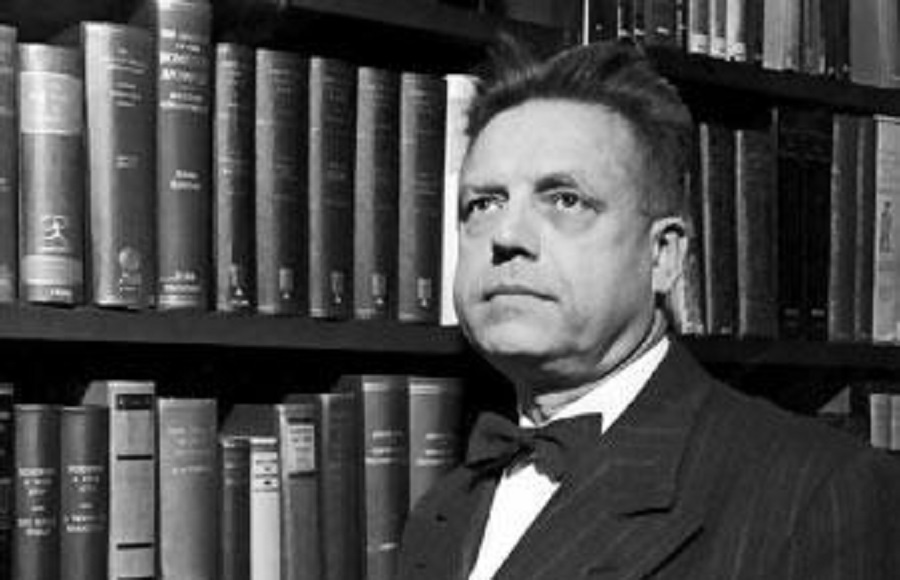 If Hugh Hefner was the poster boy of the sexual revolution, Alfred Kinsey was the father of the revolution. But that is not the only thing that joins these men together. Both of them were overt rebels against “puritanical” Christianity. They devoted their lives to “liberate” humanity from what they perceived to be the bondage of a sterile, restrictive morality.

The Father of the Sexual Revolution

Kinsey twice made it to the cover of Time Magazine. In 1953, Time even claimed that “he has done for sex what Columbus did for geography….”

Wikipedia had a rather tame summary of his life (“an American biologist, professor of entomology and zoology, and sexologist”). Despite this fanfare, Kinsey was by all accounts a sexual pervert. As Susan Brinkman summarized, “He was a pederast who enjoyed public nudity, made explicit sex films.” She added that he “eventually developed such an extreme sadomasochistic form of autoeroticism that some believe it caused his untimely death in 1956.”

This is the man celebrated as the “father of the sexual revolution.” In his own words, “there are only three kinds of sexual abnormalities: abstinence, celibacy and delayed marriage.”

And what of his religious upbringing? Brinkman said Kinsey’s religious background influenced his research. “Kinsey was born into a strict Methodist home in Hoboken, New Jersey, in 1894. Dancing, tobacco, alcohol and dating were all forbidden. He eventually severed all ties with his parents — and their religion — and lived the rest of his life as an avid atheist.”

Kinsey was at war with God and with traditional religion, which to him were one and the same. (For the definitive study of the man, see the 939-page volume of James H. Jones, Alfred C. Kinsey: A Public/Private Life, published in 1997.)

Hugh Hefner just passed away at the age of 91. His legacy is much better known to contemporary Americans, whose lives he has influenced dramatically.

Gone are the days when pornography was hard to find. Today it is ubiquitous.

Gone are the days when nudity was shameful and a celebrity sex tape would forever destroy someone’s career (not to mention life). Today, it is fashionable to strip down to nothing, while a leaked sex tape can jump start a career.

Hefner said he was raised as a “conservative, Midwestern, Methodist.” He painted “a picture of guilt-ridden Puritanism, an environment and lifestyle he rejected and that caused him to become the ‘pamphleteer’ of the sexual revolution.”

He considered himself agnostic. He once remarked, “It’s perfectly clear to me that religion is a myth.”

Like Kinsey, he devoted his life to “liberating” people from the mores of this Puritanical faith. He once stated, “I believe embracing sexuality is a part of what it means to be free.”

Yes, the Christian religion itself was the oppressive enemy. “Historically,” he said, “the Puritans left England to escape religious persecution, and they promptly turned around and started persecuting the people they didn’t agree with.” He added that “the scarlet letter A, and the stocks and the dunking board came from that. That puritanism is still there.”

And it was “that puritanism” he gave his life to combat, dying as the epitome of a dirty old man. (For a sarcastic dig, see the article titled, “A Beautiful Tribute: This Old Decrepit Man Wandered Around His House In Pajamas Today Leering At His Granddaughter’s Friends In Honor Of Hugh Hefner.”)

What is the offshoot of all this?

First, one has to wonder if either of these men were ever exposed to a vibrant, life-transforming, joyful, positive expression of the Christian faith.

This kind of religion does more harm than good. It tries to legislate spirituality and enforce morality rather than introducing people to a living Christ who truly liberates and transforms.

This a cautionary tale for conservative Christian parents, and a reminder for pastors and religious leaders. We cannot ultimately force people to do the right thing. We can only set good examples, advocate for what is right, and engage in active evangelism.

Second, in the end, their rebellion was clearly a war against “the Laws of Nature and of Nature’s God,” to quote the Declaration of Independence. These men were rebels and sex-addicts. They spread a message and lifestyle that has brought bondage rather than freedom to untold millions. We had plenty of faults and blemishes in post-World War II America. But we were a far more innocent, family-friendly nation in the days before Kinsey and Hefner.

What we know is that their legacy is undeniably shameful. The question is, can it be reversed?

(Want practical thoughts on how a purity revolution can displace the sexual revolution? See my new book Saving a Sick America: A Prescription for Moral and Cultural Transformation, in particular Chapter Ten.)