Alexandria Ocasio Cortez: The New Face of the Church, Versus Its True Face 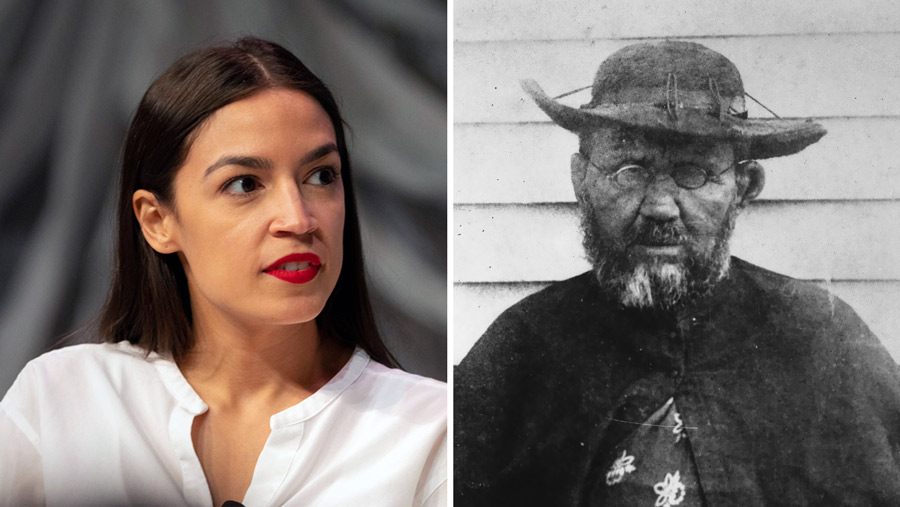 Last week, a writer at the leftist magazine The National Catholic Reporter called Rep. Alexandria Ocasio-Cortez the new face of the Catholic Church. Of course, her support for abortion right up through birth and same sex marriage raises some immediate questions in our minds. But before we consider those points, let’s step back for a moment. What does it even mean for the Church to have a whole new face? Are we putting our faith and our souls at risk when we let them drift with the culture, and follow political winds wherever they blow?

Every generation of Christians faces a test of faith. The challenges can be different, depending on circumstance. In one era, the greatest temptation can be toward intolerance and pride. Proud Christians wielding power can use their faith as a club to terrorize non-believers, hunt witches, or persecute “heretics.”

At other times, Christians must face overt violence themselves, as Marxists or Islamists demand that they renounce Jesus or die. That they embrace a new religion or watch their daughters and wives get carted off as sex slaves. Go to Iraq or Nigeria today to hear such Christians’ stories. Or speak to Chinese Christians whose pastors were tortured by China’s government.

Sometimes the threats are subtler, more insidious. We aren’t asked to spit on the face of Jesus (as Christians were ordered to in Samurai Japan). Just to … change His face a little. To let Caesar and Mammon tweak Jesus a bit. Redraw Our Lord and His teachings to something more fashionable, “updated” and stripped of “obsolete” or “superstitious” elements.

This last is perhaps the most dangerous temptation of all. It lets people renounce Christ in fact, while pretending to themselves that they’re still Christians in good standing. Just “modern” ones, “progressive” ones, “enlightened” or “Woke” enough to drop “outdated” doctrines. They didn’t do this to be more popular or make more money, of course! They did it the better to bring the real essence of Christianity to the world and its elites.

That “essence,” it just so happens by an absolute total coincidence, amounts to exactly what the rich and powerful want to hear at the moment. And the “archaic” elements of faith you were asked to discard? Again, by pure happenstance, those were the parts of the Gospel that Caesar, Mammon and Sodom object to, which threaten their power.

Another funny piece of serendipity is this: Real images of Jesus drawn by real believers all around the world look totally different. Some are Semitic and Mediterranean. Some look practically Viking. Many others look African, Chinese, or Native American. But they all represent the same thing: the Suffering Servant, the God-Man who welcomed the sinner, rebuked the hypocrites, and went to the cross for our sins.

By contrast, whenever Jesus gets “tweaked” by the powerful, He always ends up looking the same: He looks like Barabbas, a demagogue and a Zealot. An angry advocate of grabbing worldly power. If need be, by mobilizing the “have-nots” to rise up and make war on the “haves.” Or else by helping the “haves” to hold on to their power by scapegoating the innocent.

You won’t find Barabbas at crisis pregnancy centers, where poor women fooled by the Sexual Revolution and bribed by the welfare state agonize over whether to save their babies.

Either way, Barabbas’ focus is firmly on this world, not the next. He might (if it suits him) cherry-pick some slogans from the scriptures. But the Gospel is merely a means, never an end in itself. The paycheck in money, power, or payback is never far off. Barabbas, like the Pharisees who backed him, believes in immediate gratification. Those who follow him “already have their reward.”

Barabbas is always good-looking. He never misses a haircut. He’s fashionably dressed and carefully photographed, as Rep. Ocasio-Cortez is by friendly fashion magazines. He flies first-class and hob-nobs with sympathetic billionaires, then makes orchestrated trips to slum for a weekend with his constituents. He’s a man of the people — the “right people,” anyway.

The one thing he never does is to stand with the really vulnerable, the weakest and the persecuted. They have nothing to offer him, except as abstract victims he can sprinkle in his speeches.

Anywhere But the Foot of the Cross

You won’t find him at crisis pregnancy centers, where poor women fooled by the Sexual Revolution and bribed by the welfare state agonize over whether to save their babies. Where weary volunteers weep with them, offer diapers and carseats bought with dwindling funds from donors — none of Caesar’s gold reaches here, unlike Planned Parenthood. Where they fend off attacks from bureaucrats trying to close such centers down.

And you won’t find him at leper colonies, contracting the illness while serving the sick. That’s where you’d meet men like St. Damien of Molokai, who left his comfortable home to serve the most abandoned people on earth.

No wonder Rep. Ocasio-Cortez finds Damien offensive, and wants his statue removed from the U.S. Capitol. He’s a sturdy bronze reminder of the real face of Jesus, disfigured and suffering for the sake of our sins. Best to label him “white supremacist” and stick him away in a closet.

By contrast, Barabbas seems … tacky, like a plaster and gold-leaf “god” growing shabby at Caesar’s Palace.