Populism is in. Reason is out. That picture seems to characterize contemporary American politics. While Donald Trump and Bernie Sanders are campaigning for two different parties’ presidential nomination, the two men share in common an incoherent populism. Whether it’s Trump’s tirades about China or Senator Sanders’ insistence that the government can do just about everything and anything, both follow the classic populist playbook. Among other things, this involves identifying the evil-doers (China, the one percent, etc.) supposedly responsible for all our woes and proposing simplistic solutions that will be accomplished, apparently, because they say so.

To be sure, populism is often fueled by legitimate dissatisfaction with the status quo. Americans have good reason to be furious with their political and economic leaders, especially those who rarely venture outside the New York-Washington DC axis. When Sanders shouts that the economic system is rigged and Trump thunders against an out-of-touch political class, they have — as no less than Charles Koch (who’s very critical of both men’s economic policies) has affirmed — a point.

One problem, however, with Trump-Sanders-like populist rhetoric and policies is that they undermine liberty. Why? Because populists don’t like those guarantees of freedom — such as the separation of powers, due process, and rule of law — that might obstruct realization of their goals. That’s why Sanders tweeted that “any Supreme Court nominee of mine will make overturning Citizens United one of their first decisions,” and Trump has claimed that he’ll do things which the president has no constitutional authority to do.

Criticism of populism — and a desire to resist its corroding effects on freedom — was a central theme of the life and thought of someone else who, like Sanders and Trump, spent much of his life in New York. Alexander Hamilton is perhaps best known for giving America the financial architecture that allowed the United States to transform itself into a dynamic, capital-intensive economy. But he was also deeply skeptical of populism, seeing it as a fast road to breaking the bonds that limited government power. 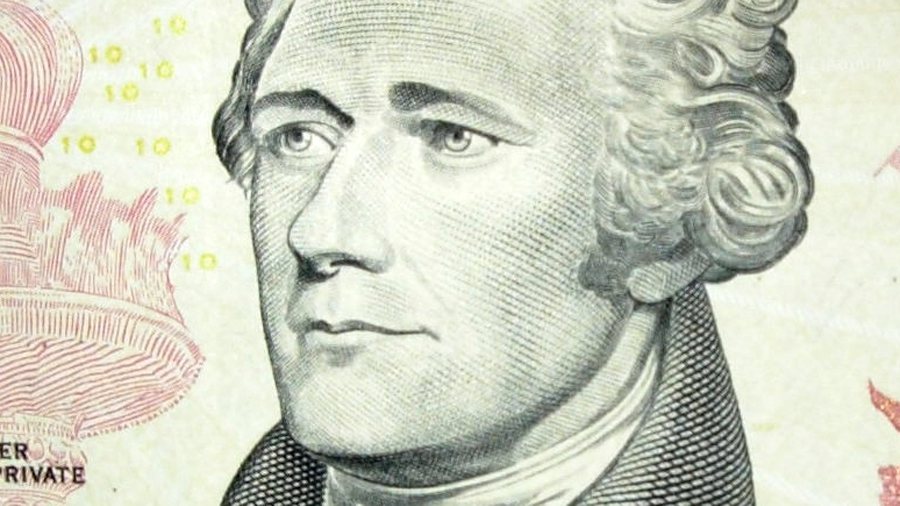 After returning from the Revolutionary War in 1783, Hamilton began his legal practice in New York by defending Tories threatened with banishment and confiscation of property by populist politicians swept into office by New Yorkers determined to vent their anger on those on the Revolution’s losing side. The British had done terrible things during their occupation of New York. Yet in his First Letter from Phocion (1784), Hamilton noted that “nothing is more common than for a free people, in times of heat and violence, to gratify momentary passions, by letting into the government, principles and precedents which afterwards prove fatal to themselves.” Hamilton then highlighted the dangerous precedent that would be created by evicting and expelling an entire category of people without fair hearings and trials. Should this occur, Hamilton wrote, “no man can be safe, nor know when he may be the innocent victim of a prevailing faction. The name of liberty applied to such a government would be a mockery of common sense.”

Taking this position didn’t win Hamilton many political friends. That included the Governor of New York at the time, George Clinton. While initially friendly, Hamilton observed traits about Clinton which he found disconcerting. Leaving aside Clinton’s bluster and tendency to demagogue his opponents (sound familiar?), Hamilton noted how Clinton liked telling voters what they wanted to hear, “especially when a new election approaches.” It was this type of politician that Hamilton detested and wanted to restrain.

Populists, however, need people to back them: lots and lots of angry and frustrated people. And while it’s not popular to say so, one point of a functioning constitutional republic is to put restraints upon the momentary popular will. During the 1787 Constitutional Convention, Hamilton made this point when he questioned the maxim that the voice of God is the voice of the people (vox populi, vox dei). “The people,” Hamilton is quoted as saying, “are turbulent and changing.”

To some, such words will smack of elitism. But if Hamilton were really contemptuous of ordinary people, he wouldn’t have bothered writing so many public documents, newspaper articles, or engaging in very public debates, whether before Congressional committees or quite literally in the streets of New York, trying to persuade citizens about the prudence, imprudence, wrongness or rightness of numerous positions.

Hamilton was willing, for example, to go against the distrust of banks and the romantic Jeffersonian attachment to agrarian lifestyles which prevailed among large segments of American opinion. He did so because he recognized that the development of capital markets and a strong financial system would create opportunity for millions from deprived backgrounds. More importantly, he made the case constantly — whether to President Washington, cabinet colleagues, Congress or the wider American public — that this was the right path for America to follow if it wanted to secure its long-term future. In the end, he persuaded Congress and the President to take the plunge. The rest is history.

Hamilton understood that human beings can be passionate, even fickle, and don’t always see what’s in their long-term interest. Hence, one of the responsibilities of politicians in constitutional democracies is to temper this state of affairs by thinking about the nation’s common good and then making the case to their fellow citizens. It isn’t easy. Even the strongest, most reasonable arguments often won’t be enough to counter the hysteria pedaled by populists. In an age, however, in which populism increasingly prevails in the American public square, we desperately need many more Alexander Hamiltons and far fewer Donald Trumps and Bernie Sanders.

Samuel Gregg is Research Director at the Acton Institute and author of Becoming Europe (2013).