This Week at War: Troops and Turmoil 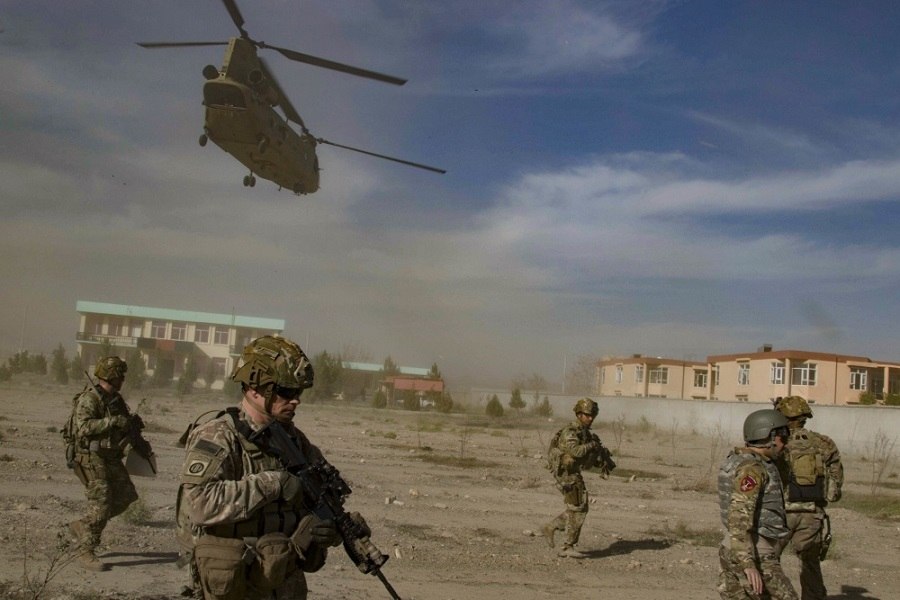 U.S. Army and Afghan soldiers move to a secure location to conduct a key leader engagement on December 2, 2019, in southeastern Afghanistan.

The brave men and women of the U.S. military are still fighting a war in Afghanistan.

During a week when the impeachment of President Trump by Democratic lawmakers dominated news coverage across the board, there were important developments in the more than eighteen-year war, which is already the longest in American history.

National Review reports that the president is planning to reduce the current number of U.S. service members in Afghanistan to 8,600. The purported decision would mark a reduction of about 3,500 troops, who “may begin to return home by the end of this year.”

“Negotiations between the U.S. and the Taliban resumed last week, but were almost immediately halted after an attack outside Bagram Air Base that left two Afghans dead and 70 wounded, including five U.S. soldiers,” NR also noted.

No matter where the national media and most politicians choose to devote their attention, The Stream will continue updating you on developments from Afghanistan and all active war zones where courageous American soldiers, sailors, airmen and Marines are risking their lives.

Imagine if President Trump, Speaker Pelosi, all of Congress & the media devoted even half as much attention to the 18+ year war in Afghanistan as #ImpeachmentDay

There are still about 6,000 U.S. service members in Iraq, where political turmoil is threatening to further destabilize the country and the Middle East as a whole. Reuters reports that the selection of a new interim prime minister has been delayed after the resignation of Adel Abdul Mahdi, who remains in office as a “caretaker.”

“More than 450 people, mostly unarmed demonstrators but also some members of the security forces, have been killed since a wave of popular unrest began on Oct. 1,” Reuters reported. “Protesters, most of them young, are demanding an overhaul of a political system they see as profoundly corrupt and keeping most Iraqis in poverty.”

According to CNN, Defense Secretary Mark Esper said this week that U.S. troops need Iraq’s “help in terms of getting the security situation under control and stabilized. But we also still retain our right of self-defense. And we’ll exercise it.”

There have been several attacks on U.S. military bases in Iraq in recent months, with both Pentagon and Iraqi military officials blaming an Iranian-backed paramilitary group – Hashad al-Shabb – for the violence, according to the article.

Please pray for all U.S. troops stationed in and around the Middle East, as well as their families here at home. We wish these heroes a safe Christmas and holiday season.

The command and crew of the USS Emory S. Land has returned to the U.S. territory of Guam after a four-month overseas deployment. A U.S. Navy sailor aboard the submarine tender USS Emory S. Land reunites with his daughter during a homecoming gathering at Polaris Point in Guam on December 9, 2019.

Welcome back, heroes! Thank you for your service.