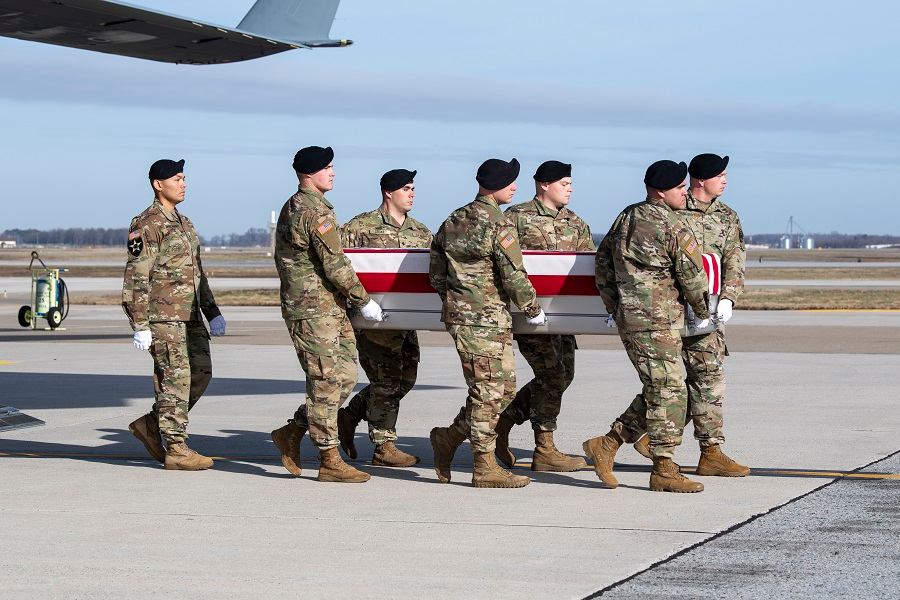 While most Americans were celebrating Christmas, our nation’s newest Gold Star family was mourning their loved one as his flag-draped casket returned to American soil from Afghanistan.

As you may have read earlier this week on The Stream, U.S. Army Sgt. 1st Class Michael Goble was wounded December 22 in Afghanistan’s northeastern Kunduz Province. The Green Beret succumbed to his injuries the following day. The Taliban claimed responsibility for the decorated soldier’s death.

In addition to the Goble family, the Christmas Day dignified transfer ceremony at Dover Air Force Base in Delaware, pictured above, was attended by the Chairman of the Joint Chiefs of Staff, Gen. Mark Milley, as well as National Security Adviser Robert O’Brien.

NJ.com reports that the New Jersey native was “the definition of a patriot.” The soldier is survived by a young daughter, Zoey, and her mother, Jennifer.

“Right now our hearts go out to the family and to the loved ones of Michael,” said Mayor John Birkner, Jr. of Westwood, New Jersey, as quoted by NJ.com. “We are a very, very grateful community for his service to our country and to the values of freedom and democracy that we hold so dear.”

My best friend, Michael Goble—one of the very best people I have ever known—was killed. He was killed in action while…

The 33-year-old Special Forces soldier, who was on his eighth combat deployment since joining the Army in 2004, is the 24th American to lose his or her life in Afghanistan this year, according to icasualties.org. Nearly 2,500 U.S. service members have died during the 18-plus year conflict, with thousands more injured.

Please pray for the family, friends and fellow soldiers of U.S. Army Sgt. 1st Class Michael Goble. At the same time, let us ask God to shine a light on America’s longest war as our country’s leaders search for a way to end the fighting.

Until every soldier, sailor, airman and Marine comes home, our military is still at war.