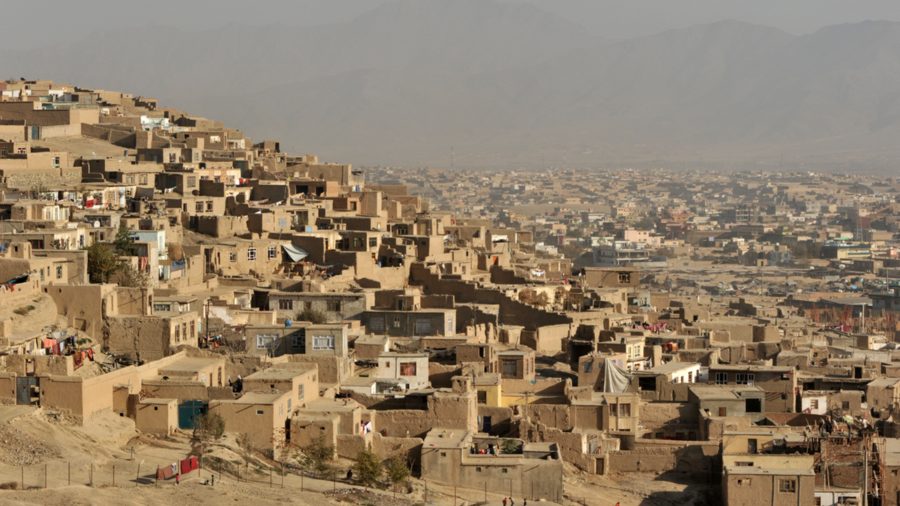 The fall of Afghanistan to the Taliban has implications far beyond the borders of that nation. That’s because the Taliban takeover provides fresh inspiration for Islamic radicals worldwide while at the same time providing a “liberated zone” for Islamic terror. As the Islamists love to say, “Allahu Akbar!” Islam, in their eyes, is triumphant once again.

Just listen to this clip from a sermon titled “War on Islam,” preached last Friday by Canadian Imam Younus Kathrada at the Muslim Youth of Victoria Islamic Center.

Then, he declared in Arabic, “We say Allahu Akbar!”

In his view, and the view of many other Muslims worldwide, America’s botched withdrawal from Afghanistan, with more ghastly consequences each passing day, was a sign of our weakness and lack of resolve. We could not stand up to the strength of Islam.

Yes, this is the message that will be pushed globally, inspiring and rallying a new wave of radical Muslims, just like the fall of Iran to Ayatollah Khomeini 1979 and the 9/11 terror attacks of 2001 inspired Islamic extremists worldwide.

Afghanistan now serves as a massive, liberated zone from which Islamic radicals can regroup, organize, train and export terror around the globe.

The Taliban “victory” will inspire more terror and encourage more Islamic fundamentalism, reinvigorating groups like ISIS and Al Qaeda and giving birth to other destructive groups.

Not only so, but America’s abandonment of Afghanistan now means that Islamic terrorist have a safe haven and a new base of operations. (Let’s not forget that our whole reason for invading Afghanistan in the first place was that the Taliban gave shelter to our arch-enemy Osama Bin Laden.)

In his book Holy Terror, Iranian author Amir Taheri explained the strategies of Hassan al-Sabbah (1050-1124), founder of the Order of Assassins. He wrote, “Almost a modern revolutionary, Hassan understood the four phases of a successful politico-religious movement: study, propagate, organize, and attack. He also knew that a genuine revolutionary movement needs at least one ‘liberated zone’ from which to launch its bid for the conquest of the world.”

In a certain sense, even though there will certainly be feuds between rival Islamic groups, Afghanistan now serves as a massive, liberated zone from which Islamic radicals can regroup, organize, train and export terror around the globe.

Just think of the Muslims who flocked to ISIS in Syria to join their demented cause. This was time for holy war, and this was the place where you could join.

As for the close connection between radical Islam and violence, the Catholic Islamic scholar Samir Kahlil Samir noted that, “Violence was definitely a part of the rapid rise and expansion of Islam. At the time, no one found anything blameworthy in Muhammad’s military actions since wars were part of the Arab Bedouin culture. Today, the problem is that the fiercest Muslim groups keep adopting that model. They say, ‘We have to take Islam to non-Muslims as the Prophet did, through war and violence’, and they base these statements on some verses from the Qur’ān” (111 Questions on Islam).

As for the horrific practice of suicide bombings, which took more innocent lives on Thursday, Samir pointed to a document released at the end of a major summit held in Beirut in January 2002, in which more than 200 Sunni and Shiite religious scholars came together from 35 countries.

They wrote (addressing the question of Palestinian suicide bombers): “The actions of martyrdom of the mujāhidīn [jihadists or freedom fighters] are legitimate and have their foundation in the Qur’ān and in the prophet’s tradition. They represent the most sublime of martyrdoms because the mujāhidīn accomplish them in full conscience and freedom of choice.”

And what’s good for Palestinian jihadists is good for jihadists worldwide. Death to the infidels! Instill terror in their hearts! Blow yourself up to kill unbelievers and be welcomed into paradise!

Samir also noted that, “This perspective has found widespread acceptance in legitimizing the suicide actions. It also can be found in the field of education: many books used in Palestinian schools teach young people the obligation of jihād in all its forms and give legitimacy to the actions of those called ‘martyrs of Islam’ by explaining that they must not be considered suicides but heroes who are destined for heaven because they made a true jihād. In fact, they behaved in conformity with the Qur’ān and sacrificed themselves for the Islamic cause.”

May Many See the Truth About Islam and Come to Jesus

Now, throughout the nation of Afghanistan, children will be indoctrinated in principles of Islamic terror as they live under the shadow of Taliban Sharia, an especially harsh, draconian version of Islamic Law.

By all means, then, let us continue to pray for Afghanistan, and let us pray that, as Islam’s ugliest aspects are revealed to the world, many Muslims might awaken to the truth.