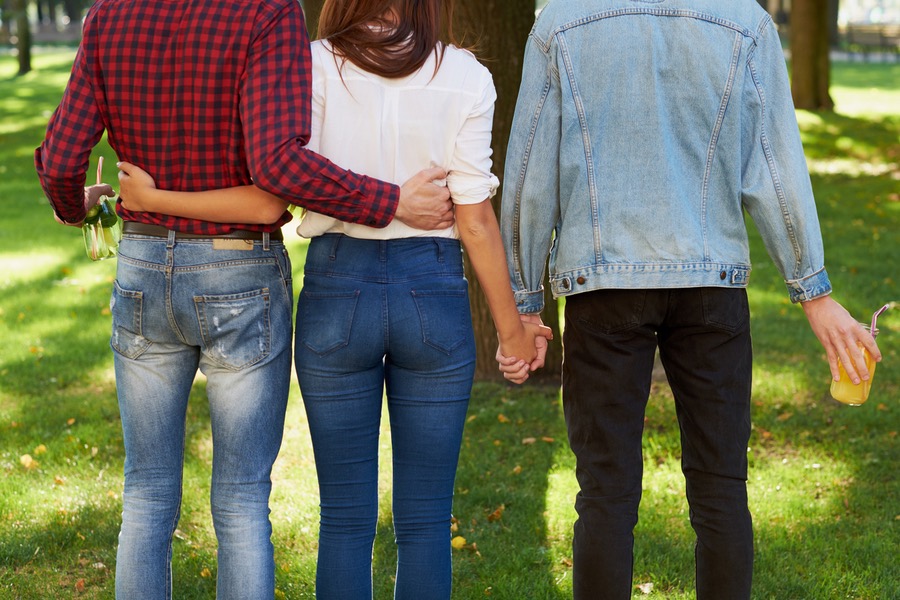 Just when you thought the American Psychological Association couldn’t get any more psychologically unbalanced, along comes their next task force. It’s for what they call “consensual non-monogamy.”

The “Consensual Non-Monogamy Task Force” promotes the rights of people who engage in “diverse expressions of intimate relationships.” Like open relationships, swinging and “relationship anarchy.”

Relationship anarchy is not defined. It sounds like a Moral Majority pejorative, circa 1981. But it is the APA’s phrase, and they like it. “Swinging” used to mean swapping spouses for the night. No one under 30 will remember that.

Presumably these sex practices are psychologically healthy. The task force has deemed them to be “ethical.”

Since the Sexual Revolution, nearly all the accepted sexual taboos have crumbled, one after another. Few remain. But one of the few is adultery.

A recent Gallup survey found that 89 percent of Americans still believe it is wrong for a married man or woman to engage in adultery. This 9 in 10 statistic has been stable over the last two decades.

But here comes the APA, trying their best to topple that taboo. Some might say that consensual adultery is not really adultery and therefore the taboo remains. But ask any dictionary. The Oxford English Dictionary defines “adultery” as “voluntary sexual intercourse between a married person and a person who is not their spouse.” Any “consent” on the part of the jilted spouse is immaterial.

The APA has long been off the rails. Now it’s going off the cliff.

The APA is a professional guild. This means accreditation. If you are a psychologist who does not agree to promote swinging and adultery, can you still be certified?

Keep in mind, the APA’s 100,000+ members did not vote on this controversial position. No, a handful of activists lobbied for it. Activists who have created for themselves places of influence, like task forces.

If you are a psychologist who does not agree to promote swinging and adultery, can you still be certified?

Read Harvard-trained psychiatrist Jeffery Satinover’s The “Trojan Couch”: How the Mental Health Associations Misrepresent Science. It provides an inside look at how sexual radicals abuse power in a scientific organization.

According to the swingers and adulterers task force, “Finding love and/or sexual intimacy is a central part of most people’s life experience. However, the ability to engage in desired intimacy without social and medical stigmatization is not a liberty for all. This task force seeks to address the needs of people who practice consensual non-monogamy, including their intersecting marginalized identities.”

How will the APA fight for the liberty of sexual anarchists against entrenched “social and medical stigmatization”? Well, they do have an annual budget of $100 million. And sadly, loads of credibility.

And the softest targets for tearing down social norms, as always, are children.

Already the nation’s government schools teach kids that biological sex is meaningless. Why? Because the American Psychological Association says so.

How long will it take for swinging and adultery to be taught to kids in government schools? Or at story time in the local library?

In Fairfax County public schools and elsewhere, Sex Ed includes classes labeled “abstinence.” But the actual lessons have nothing to do with abstaining from sex until marriage. Marriage isn’t even mentioned.

Instead, the concept is “monogamous relationship.”

Fairfax County children are taught to weigh the pros and cons of refraining from sex until their next “monogamous relationship.”

But you can see how that stigmatizes non-monogamy, right? We can’t let our public schools discriminate against sexual minorities! (Doesn’t saving sex for marriage and sexual fidelity within marriage make you a true sexual minority today?)

Another One: the LGBT Religion and Spirituality Task Force

What about the Christian, Jewish and Muslim families whose beliefs don’t include “swinging” as a healthy lifestyle option? Why, there’s a task force on that, too!

It’s called the LGBT Religion and Spirituality Task Force. Its stated mission is to “reduce theological barriers” which “separate sexual minorities from the sources of their beliefs.” That means search and destroy. Its targets are American’s religious beliefs about sex and marriage.

Once the professions are silenced and the church is shackled, one obstacle will remain. Parents will be the last “barrier” between predatory leftists at groups like the APA and your children.

Why Can a Parent Not Marry an Adult Child?