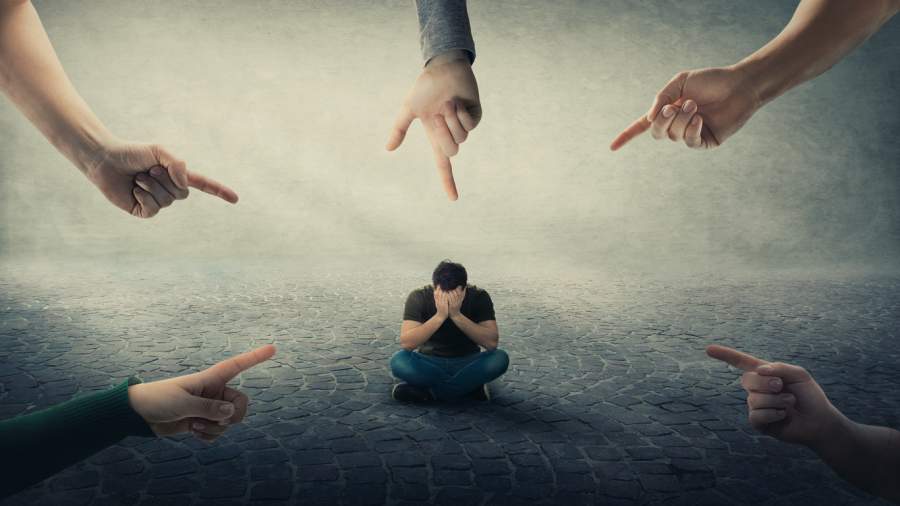 In September 2018, I was swept up in what the writer Helen Andrews has called a “shame storm.” That month Christine Blasey Ford accused Brett Kavanaugh of sexual assault while in high school in the early 1980s. Brett and I were friends in high school at Georgetown Prep. Ford claimed that I was in the room when the incident allegedly happened. It was obvious to me that the entire thing was a set-up. Indeed, it emerged that opposition researchers had planned it for weeks if not months. I didn’t feel any guilt about it.

I did experience something different: shame. Not about anything Ford and her oppo team claimed. But about a condition I suffered starting in childhood, ADHD, and its effects. The case brought back — you might say triggered — memories of being a crazy, hyperactive kid in the 1970s and 1980s. Back then there wasn’t a lot known about the problem. Its effects left me feeling misunderstood, frustrated and anxious. It fueled a destructive addiction to alcohol.

This might surprise you, but ADHD can also leave people feeling separated from God. Faith-based ADHD expert Wendy Richardson, wrote When Too Much Isn’t Enough: Ending the Destructive Cycle of AD/HD and Addictive Behavior (Walking with God). She explains:

We tend to use these words [guilt and shame] interchangeably, yet they are quite different. Guilt is what I feel when I have done something wrong. But it is something I can make amends for. If I stole money from you, I can give you the money back. Shame, on the other hand, is more a judgment about our soul. Shame is not about “I did something wrong” or “I made a mistake.” Shame is the experience that “I am a mistake.” There is something I can do about guilt. But shame is much harder because it is an internalized sense of ourselves as being so flawed that we don’t want anybody to see how bad we feel we are. What shame does is shut us off from other people. It can cut us off from God.

That was the deep background, what really happened to me in high school.

An Age of Mass Shaming

The shame storm I endured at the hands of those trying to keep Kavanaugh off the court? That had nothing to to with the truth or guilt and innocence. It was simply a lynch mob at work.

“No one has yet figured out what rules should govern the new frontiers of public shaming that the Internet has opened,” Helen Andrews observes:

New rules are obviously required. Shame is now both global and permanent, to a degree unprecedented in human history… . Most attempts so far to devise new rules have taken ideology as their starting point: Shaming is okay as long as it’s directed at men by women, the powerless against the powerful. But that doesn’t address what to do afterward, if someone is found to have been wrongfully shamed, or when someone rightfully shamed wants to put his life back together.

Andrews concludes that “the more online shame cycles you observe, the more obvious the pattern becomes: Everyone comes up with a principled-sounding pretext that serves as a barrier against admitting to themselves that, in fact, all they have really done is joined a mob.”

I Was Especially Vulnerable

The entire 2018 attack, launched as it was with fuzzy or nonexistent facts, made me feel not guilty, but beleaguered. That sense is common for those of us with ADHD. As an adolescent I could not pay attention in school. I thrived on high risk behaviors like skateboarding. I blurted out things that were highly perceptive and hilariously inappropriate. I could not organize my room, and at times felt an almost blinding anxiety.

can be extremely intelligent but may have under-performed in school due to difficulty with working memory, focus and attention, or planning and organizing. This may lead to instructors, bosses, or family members misinterpreting what is happening and deciding that the adult with ADHD is just lazy or looking for an excuse. This is very unfortunate as it is not accurate.

Bombed Before the Prom?

At one point during the Kavanaugh saga a woman I had dated briefly in high school wrote about me. She said that as a teenager I “had a keen intellect and sardonic, biting wit when [I] wasn’t drunk, which was often.” She claimed I was supposed to take her to a dance. But I stood her up “when I got bombed a few hours before the prom dinner.”

This was false. The real story is textbook case for a kid with ADHD. I didn’t stand anybody up. I had simply forgotten about the prom altogether. Then a high school buddy called. We were supposed to be on a double date that night. Where was I? Working at a pool, in fact. Frantically I rushed home, borrowed a tux from my neighbor’s dad and rocketed over to the girl’s house just as the limo pulled up. There was nothing malicious about it.

I was always forgetting appointments, interjecting jokes that shocked teachers during class, riding minibikes at breakneck speeds, becoming a cyclone when my favorite rock and roll bands played. When I told a close female high school friend my version of the prom story, she fondly started laughing. “Yep, that was you,” she said.

The one thing that did level me off was alcohol, which I started drinking when I was fifteen. With beer the world clicked into focus. It allowed me a few deep breaths and the ability to focus. It also had nothing to do with my friend Brett Kavanaugh. In 2018, the media tried to present Brett and me as Huck Finn and Tom Sawyer, “attached at the hip” as the commentators put it. Like all teenage boys, we loved talking about music, books, sports, cars and girls. But in many other ways we were opposites. He was calm, studious, a serious Catholic and a sports nut. I was creative, impulsive, often dubious about religion and in love with rock and roll.

Eventually alcohol became my god. A false god, of course. In his book Addiction and Virtue: Beyond the Models of Disease, Biola University professor Kent Dunnington calls addiction “counterfeit worship.” He sees it as an attempt to focus on something the addict experiences as holy. Dunnington argues that addiction can be defeated only through holy habits, whose daily practice restore our connection and friendship with God.

Dunnington talks quite a lot about Aristotle. In the first nine books of his Nicomachean Ethics, the philosopher says we can achieve the best life through living the moral virtues. That means raising a family, governing properly, building friendships, etc. Then in book ten, Aristotle switches gears. As Dunnington writes, we learn then that “the only activity truly fitting to the life of human flourishing is the practice of theoria, contemplation and service of the divine.” But how, Dunnington wonders, “are these two activities to be ordered or integrated?”

The answer, argues Dunnington, comes from St. Thomas Aquinas. Out of the theological virtues of faith, hope and love, Aquinas gives special emphasis to love. This is “the supernaturally infused virtue that capacitates human beings for participation in the life of God and thereby orders the other virtues to God.”

Dunnington argues that “the depth and power of addiction comes into full focus as we recognize how addiction is a counterfeit of the virtue of charity.” Hearing testimonials from addicts, Dunnington reaches this conclusion:

What each of these testimonies makes plain is that the lure of addiction lies precisely in its ability to give the addicted persona sense of being in control of her life and of being able to assess and evaluate every possible course of action in terms of one definite end that eclipses every other contender for absolute allegiance.

My allegiance is now to God, with Whom I’ve developed a friendship. I have no shame about that.