Abortion Victims: Where Are the Bodies? 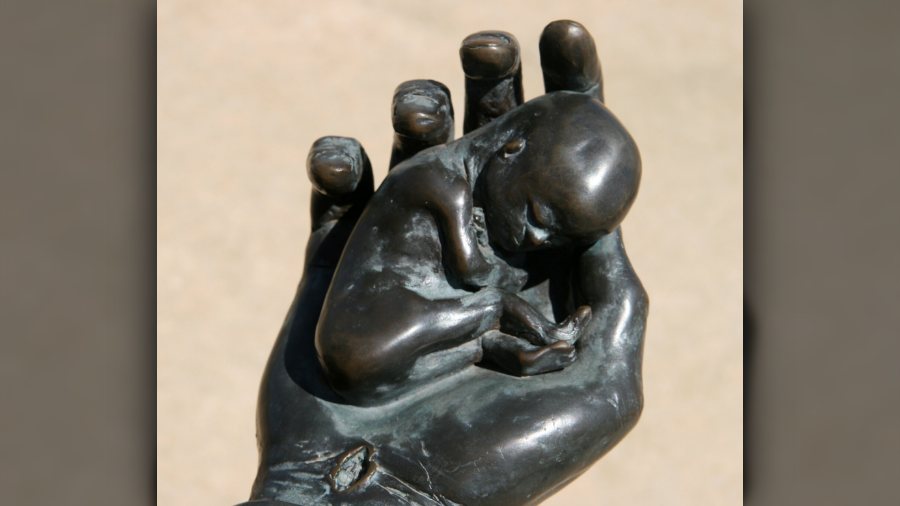 I think we are in rats’ alley where the dead men lost their bones. — T.S. Eliot, The Wasteland

I have been in the pro-life movement for over 10 years, and sometimes I think I have seen abortion from every angle. I’ve seen gut-wrenching videos of abortions in progress. I’ve seen footage of a late-term abortionist hammering scissors into a bloody wound in a baby’s skull, blood pulsing everywhere. I’ve seen thousands of pictures. I contributed a written reflection to a book of photographs of abortion victims. But every so often, somebody says something that suddenly snaps everything into focus once again.

Where Do You Put 65 Million Children?

It was last summer, at a conference hosted by Protect Life Michigan. I was speaking on why men should join the pro-life movement. One of the other speakers was my friend Dr. Monica Miller from Citizens for a Pro-Life Society. During a panel on abortion victim photography, someone asked us for a question we could ask that would highlight the magnitude of what abortion has cost us. Monica paused for a moment. Then she responded. “Where do you put sixty-five million bodies?”

Where do you put sixty-five million bodies?

That question crystallizes everything. Abortion isn’t about reproductive rights. It isn’t about healthcare. It is about people. Those people have bodies. And those bodies go somewhere after they have been poisoned, dismembered and suctioned into bloody slurry. Where do they go? Philosophers have asked through the ages: Where do we go after we die? With abortion, the question we need to ask is similar: Where do they go after we kill them?

Going Through the Dumpsters

Monica Miller knows of what she speaks. The first chapter of her magnificent memoir Abandoned: The Untold Story of the Abortion Wars is titled, simply, “Bodies.” She describes going through a dumpster in an alley behind an abortion clinic, retrieving garbage bags. And she describes what they found:

The bag was stuffed with an unrecognizable material … I turned it over in my hands, trying to make sense of it. At last my eyes recognized a shape crammed tightly against the plastic. It jumped out at me — an arm, disconnected from anything else that would have helped me see it for what it was. And then my eyes distinguished another arm, and then a severed foot, a full inch in length.

I had been staring at arms but did not see arms. I had no prior context by which my brain could recognize them. They were the dismembered limbs of a completely torn and mutilated body and, up until that day, my eyes had never been confronted with such a reality. It was as if an alien word had been spoken, a word I could not at first fully understand until, after much straining, I finally comprehended the message. Someone was trying to speak to me through the silent, shocking vestige of this broken body.

The baby was a little boy. After reassembling him, Miller began to photograph him. The pro-life activist with her, Joe Scheidler, couldn’t watch long. “I can’t look at him anymore.” He was, Miller wrote, “a hideous parody of a living baby.” Over the years, Miller would take thousands of these photographs of the babies she retrieved from dumpsters. Even The New York Times would run a series of her photos. Through Miller’s work, these voiceless victims speak from the dumpsters and the trash cans. 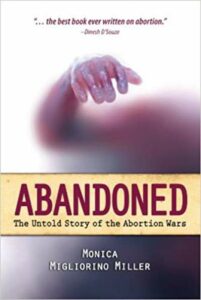 Joe Scheidler, the “Godfather of Direct Pro-Life Action,” described the same scene in his 2016 memoir Racketeer for Life. After going through the dumpsters, he wrote, the garbage bags of babies were taken to his garage. There was a clear bag full of fluid in one of them:

“Monica picked it up and looked through the fluid. Then she shifted the bag, and a severed arm appeared. It was a baby boy of at least six months gestation, cut to pieces by the abortionist. We took him and laid out his broken body on a paper towel.”

The chapter describing that scene is titled “To Bury the Dead.” But before the children were laid to rest, Scheidler, Miller and other pro-lifers did something extraordinary. On May 6, 1987, they carried the aborted children by hearse to the front of the abortion clinic where they had been killed. They laid the babies tenderly on long tables, and held a press conference. The pro-abortion press erupted. Not because the babies had been killed, of course. But because they had been seen. They had, in some strange way, escaped from the trash to tell their stories.

I know many pro-life activists who have come face to face with the aborted dead. They often look haunted when they talk about it. There is something strange and insane about having seen the bodies of murdered children that were murdered legally. It is even stranger to have held babies that abortion activists insist are not babies. The abortion industry essentially survives by gaslighting the public. We tell them what we have seen, and they swear it isn’t true; that we haven’t seen what we’ve seen. Who are you going to believe, us or your lying eyes?

I remember the first time I went through a dumpster behind an abortion clinic. The moment I pulled my gloved hand out of a garbage bag, and it was covered in blood. My brain froze with an unanswerable question: Is this baby blood, or mommy blood? We couldn’t tell, of course. It was impossible. The bags were filled with blood-spattered papers; crimson, flaking suction curettes; tubes with bits of flesh stuck to the sides, left there by the babies that had to disintegrate to get suctioned through. Folded into a blue terrycloth, there was even a tiny, translucent arm. It was severed at the shoulder, and the fingers were spread out. Waving goodbye? Gone so soon?

Between all of the garbage bags, I think there were the scraps and spatters of over fifty abortions. Roughly two kindergarten classes in plastic bags. Lifetimes shoved into dumpsters. The fruit of the womb yanked free and thrown away to rot. Tiny heads split open like overripe cherries. A nightmare not on Elm Street, but on our street — with a far, far higher kill count.

I’ve Seen Them Myself

I’ve written before, too, of the little boy I saw in the jar. He’d been retrieved from a dumpster and was floating in formaldehyde. There was no name on the jar, because he was an orphan and he’d been orphaned on purpose. There was only the location of the clinic where he was killed. Plus a phone number in case someone wanted to make an appointment to kill his brothers or sisters. I held him, and felt him move in the jar. And it was so strange to think: His mother doesn’t know I’m looking at her son. His father might not know he exists. But he’s here — his body, anyways. Irrefutable evidence that he was briefly with us, and belonged to people who didn’t want him.

Where do you put sixty-five million bodies? It is a question nobody wants to consider. Because when we do, we know. We flush them down toilets. We stuff them down drains. We put them in barrels and medical waste containers. We tie them up in garbage bags with blood-spattered junk mail. We put them in dumpsters. We burn their bodies in incinerators — it doesn’t take long, because we didn’t let them grow long. We send them by UPS to university labs to be pillaged for usable organs and body parts. We unleash a hidden nightmare that nobody can see, and everyone pretends isn’t happening.

But it is. I know where the bodies are buried. I’ve seen them myself.