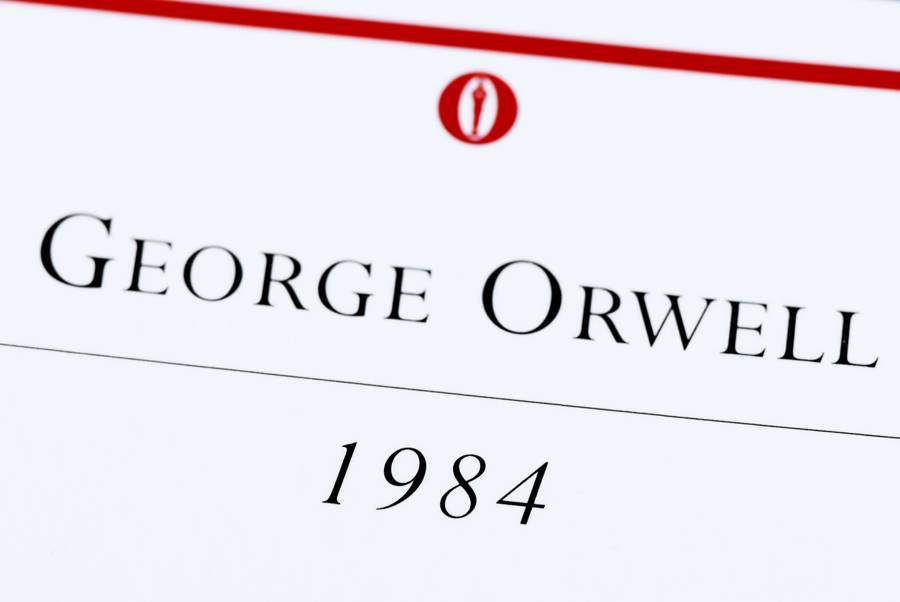 The sky is green. Grass is blue. Down is up.

When Paul and Silas preached the gospel in Thessalonica, a mob cried out, “These who have turned the world upside down have come here too.” (Acts 17:6 emphasis added) Unbeknownst to the Thessalonian mob, the world had already been turned “upside down,” with the fall of man. Paul and Silas were trying to help turn it right-side up with the truth of the gospel. But since the mob viewed their world as already right-side up, Paul’s and Silas’ world view appeared to be upside down.

Likewise, it seems that core truths of Natural Law — including our duty to protect innocent children — that should be profoundly plausible and commonsensical get seen as “upside down.” Under sway of the world, the flesh, and the devil, modern people gaslight themselves.

September 30, during a House Oversight Committee hearing, Dr. Ghazaleh Moayedi testified before the panel. This ob-gyn from Honolulu, now practicing in Texas, stated, “I know firsthand that abortion saves lives. For the thousands of people I’ve cared for, abortion is a blessing, abortion is an act of love, abortion is freedom.” [emphases added]

I’ve heard a lot of crazy comments from pro-choicers through the years, but this one takes the grand prize. We have wiped out an entire nation through abortion. In fact, the approximately 60 million abortions since 1973 (when Roe v. Wade usurped our laws) in the U.S. alone would make up a greater population than that of South Africa, South Korea, Spain, Argentina, or Canada. Our death toll is rapidly approaching the populations of the United Kingdom, France, and Italy. Think about that. This is the greatest genocide the world has ever known … by far. As horrific as the Holocaust was, we have surpassed it five times over.

A blessing for who? Certainly not the babies. And not for the mothers either. Most honest studies show it’s far less safe for the mother to have an abortion than to carry the baby to full term and give birth. Pro-choice statistics show otherwise, but those numbers are grossly skewed because abortion clinics don’t report complications accurately.

Currently, only 27 states require the reporting of post-abortion complications, and three of the four most populous states are not included in that number. Additionally, women typically leave abortion clinics soon after the procedure. If they later experience complications, they go to an ER (hence, no report). One former Planned Parenthood employee explained that her clinic told chemical abortion patients who later experienced significant bleeding to go to an ER. To say they were having a spontaneous miscarriage. Women who have abortions are more likely to have complications or even death in later pregnancies. But those occurrences are completely obscured from the abortion statistics.

Dr. Moayedi stated in her opening that she is “a mom.” Whatever their ages, I wonder if she would consider it “an act of love” for a sharp instrument to pierce through the skull of one of her children. For those of us who know biblically that life begins at conception, there would be absolutely no difference in that horrible hypothetical and the same act to a child in the womb. Forgive me for being so graphic, but I think it’s time to take the gloves off. Good people acting like Ward and June Cleaver all the time is what allowed this barbaric practice into our country in the first place.

Abby Johnson, along with Unplanned directors Cary Solomon and Chuck Konzelman, must have also thought the gloves needed to come off. The movie was the phenomenal story of Abby Johnson (Planned Parenthood director turned pro-life advocate). It showed a very detailed and gruesome depiction of an abortion on ultrasound. And despite getting an “R” rating for it, the movie was a big success, grossing $21 million on a $6 million budget.

No, Dr. Moayedi, it’s more like a prison for countless women who are coerced into an abortion. Many brave women, who’ve had abortions, have testified of the previously unimaginable amount of ensuing guilt they experienced. According to one study in Finland, women who had abortions were seven times more likely to die from suicide. For those women who have gone through an abortion, the only true “freedom” comes with the forgiveness available through our Lord Jesus Christ (see Acts 3:19, Ephesians 1:7, 1 John 1:9). Incidentally, there are more than 4,000 pro-life women’s centers across the country that offer grief counseling.

More Madness in the Congress

As they say in the infomercials, “But wait, there’s still more.” Dr. Ingrid Skop, a practicing ob-gyn and a member of the American Association of Pro-Life Obstetricians and Gynecologists, also spoke in the hearing. She rightly questioned the reliability of data on deaths related to abortion. To that, Dr. Moayedi responded: “I’d like to first remind all ob-gyns that the American Board of OBGYNs has recently warned that spreading of medical misinformation can result in loss of board certification.” That was a not-so-subtle cancel culture “shot across the bow” at Dr. Skop. Shut up or else.

Moayedi went on to say, “We need policies that elevate science and evidence, not politics.” Oh really? Planned Parenthood uses ultrasound, but only to gather information that will assist in abortions. Not to show the moms. Except in a few states where there is a requirement, abortionists do not allow the mothers to see the ultrasound images. Why? Because 78 percent of women who see “the science” with their own eyes, an ultrasound image of their baby, choose life.

And the pro-choicers are well aware of this; that’s why they try to hide “the science.” The following statement regarding the few states requiring ultrasounds was taken from the website of Guttmacher Institute, a collaborating affiliate of Planned Parenthood:

Since routine ultrasound is not considered medically necessary as a component of first-trimester abortion, the requirements appear to be a veiled attempt to personify the fetus and dissuade a woman from obtaining an abortion.

In my view, Dr. Moayedi and those who think like her are a disgrace to the women’s health profession. Please join me in praying for those in our nation who are “blinded” from seeing abortion as the atrocity that it is. And please don’t be silent. Proverbs 31: 8 admonishes us with this: “Speak up for those who cannot speak for themselves; ensure justice for those being crushed.”