A Tragic Day in American History, But Not an Insurrection 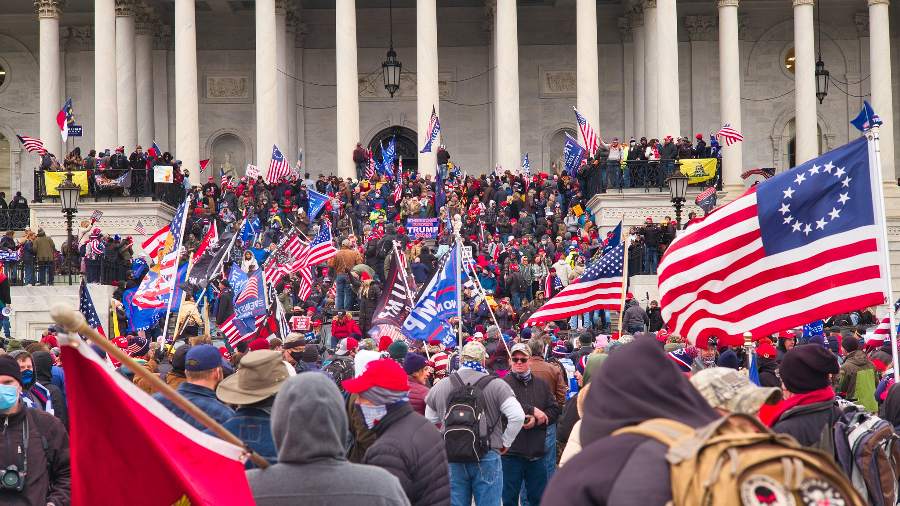 Now that one year has passed, what can we say about the jarring events of Jan. 6, 2021?

If you watched the FBI Most Wanted TV series last Sept. 28, you would have seen an episode called “Patriots,” containing the worst insurrectionist stereotypes and narratives.

These misguided “patriots” were cold-blooded murderers, and just waiting for the moment to release their wrath, still taking their orders from former President Trump. After all, wasn’t he the one who told them to, “Stand back and stand by”? (Yes, the line was actually quoted in the show.)

I discovered the episode earlier in the week during my COVID recovery, looking for a way to pass the time, and having no clue what the particular show (or even the series) was about.

Talk about eye-opening content. Talk about getting a glimpse of the way many on the left view those on the right. Talk about caricatures and stereotypes.

According to the script, Jan. 6, 2021 was most certainly an insurrection. And even though this particular group of fanatics represented a small minority of Americans, they were depicted as the very image of the insurrection itself.

Everyone got tarnished that day — and by “everyone,” I mean those who were in D.C. to pray for a righteous outcome to the elections and, more broadly, Trump supporters in general.

Now they were shooting people in cold blood. The illegitimate government of President Biden was about to be overthrown!

But there is another side to this story, and it is one that we who identify as conservatives cannot deny. The Capitol was stormed one year ago. Terribly dangerous lines were crossed. The nation was traumatized. And, in just a few hours’ time, more was done to undermine the achievements of Donald Trump than four years of constant media battering had been able to accomplish.

Reputation of Conservatives and Evangelicals Tarnished

Worse still, the reputation of conservatives and evangelicals was badly tarnished, giving occasion to our ideological enemies to mock and degrade us.

“You see! They’re just a bunch of angry white supremacists, and they look a whole lot more like  a militia than they look like followers of Jesus. And they’ll do anything Trump tells them to do, just as we’ve been warning you. They’ve all been brainwashed, and today, you see how dangerous they can be.”

Not at all. Everyone got tarnished that day — and by “everyone,” I mean those who were in D.C. to pray for a righteous outcome to the elections and, more broadly, Trump supporters in general.

At last, the leftwing media had their “proof,” while Big Tech finally had its “justification” for massive censorship, beginning with banning President Trump himself. (One year later, this is no less shocking.)

To quote one of many articles that were posted in the days that followed, Sarah Posner began her Jan. 31, 2021, RollingStone op-ed with these words:

The January 6th Save America March, where then-President Donald Trump incited a crowd to attack the U.S. Capitol, opened with a prayer. Trump’s longtime spiritual adviser and White House adviser, the Florida televangelist Paula White, called on God to “give us a holy boldness in this hour.” Standing at the same podium where, an hour later, Trump would exhort the crowd to “fight like hell,” … .

Within hours, insurrectionists had surrounded the Capitol, beaten police, battered down barricades and doors, smashed windows and rampaged through the halls of the Capitol, breaching the Senate chamber. In video captured by The New Yorker, men ransacked the room, rifling through senators’ binders and papers, searching for evidence of what they claimed was treason. Then, standing on the rostrum where the president of the Senate presides, the group paused to pray “in Christ’s holy name.” Men raised their arms in the air as millions of evangelical and charismatic parishioners do every Sunday and thanked God for allowing them “to send a message to all the tyrants, the communists and the globalists, that this is our nation, not theirs.” They thanked God “for allowing the United States of America to be reborn.”

As for Trump’s behavior in the weeks leading up and including Jan. 6, he himself is to blame for inciting the crowds with his irresponsible rhetoric, even if he never wanted to see the Capitol stormed.

But what do you expect when, as the most powerful man on the planet, you send out tweets like this? “The U.S. Supreme Court has been totally incompetent and weak on the massive Election Fraud that took place in the 2020 Presidential Election. We have absolute PROOF, but they don’t want to see it – No standing, they say. If we have corrupt elections, we have no country!”

Or this? “If a Democrat Presidential Candidate had an Election Rigged & Stolen, with proof of such acts at a level never seen before, the Democrat Senators would consider it an act of war, and fight to the death,’ Trump tweeted. ‘Mitch & the Republicans do NOTHING, just want to let it pass. NO FIGHT!”

When you damn the Supreme Court (including three justices you appointed yourself), and use phrases like “an act of war” and “fight to the death,” what kind of behavior do you expect?

A Day of Shame

Again, I do not believe there was a concerted, planned attempt to overthrow the government, let alone a terrorist insurrection. As noted by Tucker Carlson on September 23, 2021, after reviewing some of the video footage of the Jan. 6 event: “So it turns out, the vast majority of people inside the Capitol on Jan. 6 were peaceful. They were not insurrectionists. They shouldn’t have been there, they weren’t trying to overthrow the government, that’s a total crock.”

And there has been no evidence that, in the weeks leading up to Jan. 6, let alone in the months that followed, insurrectionists were working together in significant numbers to overthrow the government.

But that doesn’t minimize the infamy of that day, nor does it minimize the degree of damage that was done to the evangelical and conservative reputation.

So, what took place one year ago was not an insurrection. But it was a day of shame and infamy.