A Surprising Truth: We Can Be Grateful We Don’t Know More About Jesus’ Early Years 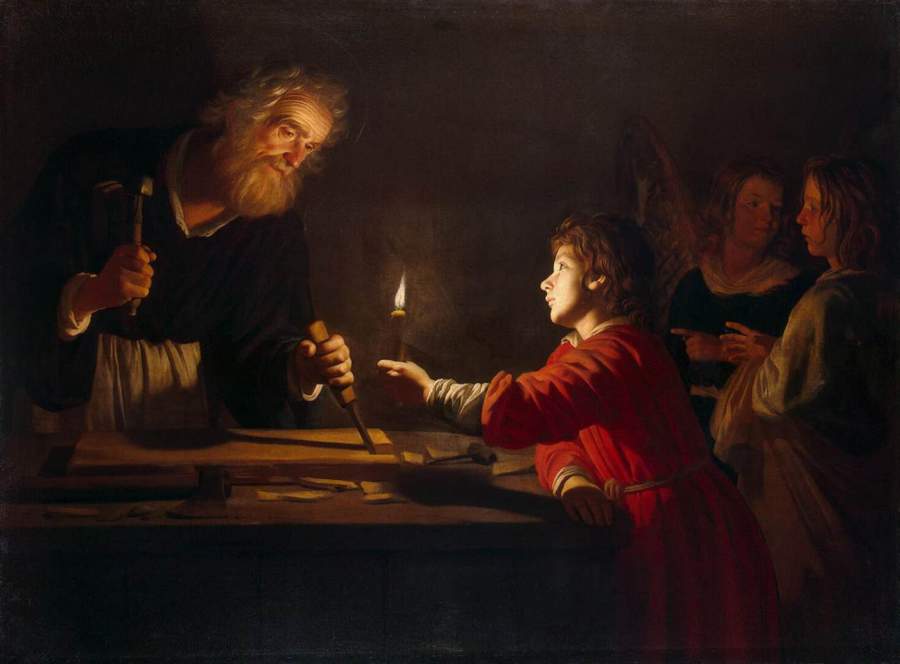 Wouldn’t you just love to know what Jesus did the first 30 years of His life? Doesn’t bother you how much seems to be missing from the record? We know some things, but not much. I can’t help wondering what He was like, who He spent time with, whether He became a master carpenter alongside Joseph. I’ve tried to imagine what was it like for his family and neighbors to watch his moral perfection in action.

I wish I knew more. Or at least I used to, until I realized how wise God was not to give us that information.

It isn’t just that the Gospels fit into the common style of the day, though they did. Ancient Roman and Greek biographies almost always start when the person enters public life in his adult years. The Gospels fit the genre. No one at the time would have thought it unusual that Jesus’ story begins there, too, with the exception of the relatively short birth stories in Matthew and Luke. So it would have been fine for the people then, which by the way should also satisfy the skeptic today who thinks something fishy is going on with all this “missing” information.

What about you and me, though, who love Jesus and want to know more about Him? Lately I’ve realized I should be thankful He didn’t tell us more. God gave us exactly what we need, fine-tuned for what we would need to know throughout the ages; no less information than we need to follow Jesus, but no more than we need, either.

God Kept Us From a Whole New Way of Worshiping Idols

Think with me what a mess we’d be in if we had the whole story of Jesus’ life. Put it in context with what we know to be true of human nature in general. We’ve got a long history of making gods out of the wrong things. In deep history, and still in many places today, it’s been gods of wood and stone. To the secularized West it’s more often abstract things like power, success, fame, or even family. One way or another we love to put lesser things in place of the One True God.

If that isn’t bad enough, as a race we really love to make up things we should do in order to be right with the gods. When Christians do this, it’s called legalism, the idea that we can be made right with God by doing certain “religious” acts. Whether it’s rituals to do in church, or self-denial, or doing deeds of service for others, if we think it’s the way to salvation, it’s legalism. It’s been Christianity’s favorite heresy since the Apostle Paul warned against it in more than one of his letters.

So with that in mind, think what would have happened if we had a table Jesus made with His own hands. There’d be pilgrimages to view the table. Someone would take control of it and make millions off it. He’d probably charge extra for the privilege of taking Communion there. We wouldn’t just admire the table. Some of us would worship it, like other idols of wood and stone.

If we knew of a house Jesus built, it would put a whole new meaning on “place of worship.” We — meaning a whole lot of us, if not everyone — wouldn’t just worship in that house, we’d worship the house!

The Vocation That Really Matters

We wouldn’t need those artifacts to get it wrong, though. Suppose we had really solid information that Jesus started out as a carpenter. Christians want to follow Christ, right? How many of us would conclude that the way to do that is by building things? No amount of teaching could keep us from thinking, “Carpenters are more like Jesus.”

There’d be priesthoods of stone-cutters (the word tekton, translated “carpenter” included workers in stone). There’d be monasteries devoted to hammering and sawing, not for the sake of building things people need, but for the mere sake of hammering and sawing. Bishops and archbishops would be chosen by how plumb they could erect a wall.

Carpentry is a noble occupation, but so is any work a Christian does under the calling of Jesus Christ. Your most spiritual vocation (a word derived from the Latin vocare, “to call”) is the one in which you can obey and glorify God the most. If you’ve ever thought one calling was lesser, for example, serving at a fast-food counter, remember that’s the person you’re thanking God for when you say grace over that hamburger.

God was wise not to confuse us into thinking carpentry was more religious than other work. He wants us to pattern our lives after Jesus’ love, His commitment to truth, His obedience to the Father, His teaching, and His sacrifice, not the way he measured and cut and fashioned things.

Remarkably Fine Tuned for What We Need

The life of Christ we see in the Gospels is custom-fit to show us what we’re supposed to emulate. It’s fine-tuned to give us all the important specifics of the life of Christ, yet its teaching is broad enough for believers to follow in every culture of the world, throughout all the centuries since then.

This is why I say it contributes to our confidence in the Gospels. If they aren’t true accounts of the life of Christ, then we have to account for this fine-tuning another way. Were the Gospel authors so wise, they could see exactly what kind of teaching every culture would need for thousands of years to come? Or were they just extraordinarily lucky to get it right that way?

On its own that might or might not seem like a weighty argument for the Gospels, but it certainly aligns with others like it that I’ve written about in Too Good to be False, and it joins a long list of historical evidences to create a strong cumulative case for the truth of the Scriptures.

What skeptics think of it is up to them, but we who believe in Jesus can marvel at God’s wisdom in giving us just what we need of the life of Christ.

Someday in heaven we’ll be able to ask Him and all His family and friends about it. Until then our business is getting there. God wants us to take up the vocation that’s right for us, and to follow Jesus the way He meant us to follow Him — no more and no less. Thank God He didn’t confuse us by giving us more than we need to do that.

followingTom Gilson (@TomGilsonAuthor) is a senior editor with The Stream and the author or editor of six books, including the recently released Too Good To Be False: How Jesus’ Incomparable Character Reveals His Reality.