A Stimulus Check Every Day

Believers in Jesus do not have to wait for the government to send another stimulus check. 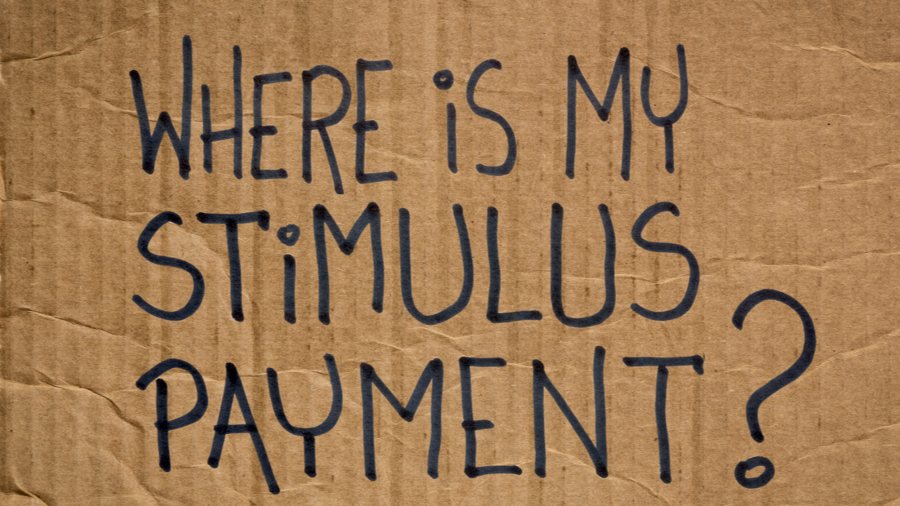 “For to the one who has, more will be given, and he will have an abundance, but from the one who has not, even what he has will be taken away.” (Matthew 13:12, ESV)

The Smell of Socialism

Whether we want to believe it or not, socialism has crept into the mindsets of many Americans. Most often it manifests in an attitude of entitlement, and it’s not just the Millennials who are acting this way.

The Bible teaches some unpopular truths that don’t seem at all fair. For example, those who have will be given more and those who don’t will suffer loss.

The parable of the talents drives home the point, communicating what happens when someone is lazy and unproductive:

So take the talent from him and give it to him who has the ten talents. For to everyone who has will more be given, and he will have an abundance. But from the one who has not, even what he has will be taken away. (Matthew 25:28–29, ESV)

In my part of the world people are coming unglued over a recent controversial remodel of our Walmart Supercenter. Most of the checkout lanes have been removed to make room for their replacements: self-checkout lanes. Gasp!

My son witnessed customers complaining, mocking, and verbally accosting Walmart employees about the change. Grown, mature adults, not the younger Millennials, were whining about having to scan grocery items themselves. I’m certain those in Haiti and other Third-World nations would be grinning ear to ear if they had the opportunity to scan hundreds of dollars worth of comfort food and personal care items each month.

Online the primary complaint I saw was guised concern for those who are losing their jobs as a result of the makeover. In come the robots, out goes the workers, so they say. This is where the smell of socialism comes in.

America Was Born on Innovation

A spirit of invention and innovation has driven our nation into strength and prosperity from the very beginning. People like Henry Ford and Elon Musk are examples of American ingenuity that results in making our nation and the entire world a much better place to live.

Resistance to innovation, even in the attempt to save jobs, is a crippling maneuver. It cuts our American spirit down at the knees and progress is derailed.

We must understand businesses aren’t in business to hire employees. They are there to maximize profit. Any businessperson would tell you keeping staffing costs to a minimum is critical. With rare exceptions, simply hiring someone for the sake of providing for them financially is nonsensical. Hiring a whole workforce for this reason would be insanity.

If you planned to open a snow cone business, would you hire someone to greet the customers, another to chop and manually shave the ice and another to stand on the street corner shouting to all around that you are open? Or, would you hire just one person, purchase an automatic ice shaver and buy a blinking open sign to announce you are ready for customers to buy your product? One scenario ensures at least three people have a job. The other employs only one.

Consider bowling alleys. Is it somehow immoral that human pinsetters from the 1940s were replaced by machines in the 1950s?

What about robots on factory floors? Automatic coin collection at toll booths? ATMs? Automatic car washes? The suggestions are endless, and honestly quite obvious. Yet, somehow people are in an uproar over Walmart innovating to save money and to improve the flow in and out of the store.

Businesses are under no obligation to staff people beyond their operating needs. In fact, doing so would be both foolish and irresponsible.

If people aren’t complaining about the loss of jobs, they are upset that they have to get involved in “hard, manual labor.” I suppose scanning candy bars and sticks of deodorant would cause them to break a sweat. I wonder if these same people are also furious that they are expected to pump their own gas as they reminisce about the glory years of full-service attendants allowing them to remain in their vehicles during the fill-up. Entitlement.

When is the Next Stimulus Check Arriving?

More stimulus checks of up to $1,400 are on the way. The IRS, on Wednesday, announced that it had sent the next batch of the third stimulus checks. This new set marks the eighth batch of payments since Congress approved the $1.9 trillion stimulus package in March.

If the government chooses to send out stimulus checks, that’s great. I’m not going to debate here the merits and risks of the government dispersing them (well, except that the labor shortage that has been caused by extra unemployment money may be a catalyst for businesses like Walmart to innovate).

Our prosperity (however you wish to define that) hinges on these two truths: work as hard and as smart as you can and give a bunch of your financial rewards away to other people.

What I will say is that as Born Again Christians, we are part of an entirely different financial system.

First, for Christians who are able to work, I submit that it’s shameful (if not illegal) to refuse employment in order to stay home as the extended unemployment checks keep rolling in. You are setting yourself up for financial ruin as you shift your trust from God and his timeless protocols found in Scripture to man-made government. Again, this is a spirit of socialism at work. A wicked spirit of Mammon is in play as well.

For even when we were with you, we would give you this command: If anyone is not willing to work, let him not eat. For we hear that some among you walk in idleness, not busy at work, but busybodies. Now such persons we command and encourage in the Lord Jesus Christ to do their work quietly and to earn their own living. (2 Thessalonians 3:10–12, ESV)

If we align with a spirit of Mammon, we will attempt every shortcut we can find to get paid, even if it means violating biblical mandates.

A Radical Shift in Thinking

So, when is the next stimulus check arriving? That’s actually not the best way to frame the question. It’s actually a two-part answer.

First, it’s when you receive your next paycheck from your place of employment (or your investments or other sources of income). Then, the true catalyst for the stimulus comes next: when you give money to others.

…give, and it will be given to you. Good measure, pressed down, shaken together, running over, will be put into your lap. For with the measure you use it will be measured back to you. (Luke 6:38, ESV)

A spirit of Mammon is broken off of our lives when we look to become a financial stimulus for others instead of expecting others to send us money. It really is as simple as that, however a radical shift of thinking about money must take place.

Those who work and who handle finances with integrity and ingenuity with a creative and inventive spirit will not only reap financially, but they will continue to prosper in the midst of famine. Understand, this isn’t about getting rich. I’m not talking about an unhealthy “name it, claim it” theology. I’m addressing this at the most basic level. Work and you will eat. Give and it will be given. Every paycheck you receive is a potential stimulus check for others whether it’s tithe, an extra generous tip at lunch, buying someone a car they desperately need, or donating extravagantly to various causes.

When we have integrity in regard to work and when we joyfully give to others each pay period, we can’t help but to receive the blessings of God. Our prosperity (however you wish to define that) hinges on these two truths: work as hard and as smart as you can and give a bunch of your financial rewards away to other people.

You are the next stimulus check that people are waiting for.