A Split Second Slap and a 10-Year Ban 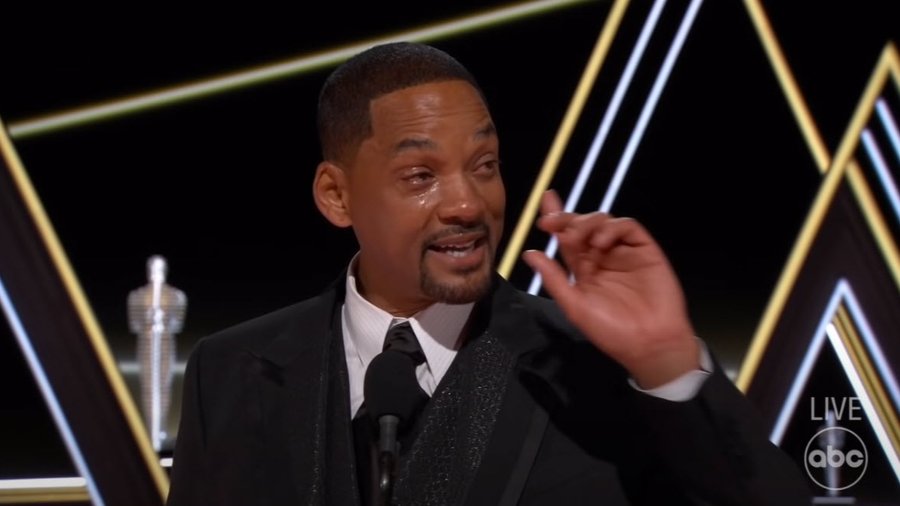 Do you know that in a split-second of time your life can be changed forever, for better or worse? Have you thought deeply about how our momentary decisions and actions can reverberate for decades, or, in some cases, for centuries?

All this has now been illustrated in front of our eyes with the Academy Awards banning Will Smith for the next 10 years. What can we learn from this?

I have no interest in rehashing the slap itself, which has already been done endlessly. (A Google search for “the slap heard around the world” yields 37,500,000 hits.) And I am not here to pronounce self-righteous judgments on Will Smith (or others involved).

Instead, this article is about us, about you and me and the choices we make. By what will we be defined and remembered? By the legacy of a lifetime of hard work and sacrifice and courage and love and kindness — whatever we wish our legacy to be — or by a momentary, destructive action or word?

In the case of Smith, this is not simply another example of cancel culture at work — making you pay for the slightest transgression or misstep, even from years ago.

In the future, when you watch a movie with Smith, will you watch it the same way you previously did? Or will you look at one of his fight scenes a little differently? Or will you have a harder time buying him in a sweet and innocent role?

I don’t mean this in a vindictive way. I don’t even mean it in an intentional way. I mean it will be a kneejerk reaction: “That’s the guy who slapped Chris Rock on international TV. That’s the guy with that odd relationship with his wife.”

The Choices We Make

These are sobering thoughts, and the Book of Proverbs, God’s book of wisdom for us, is filled with them. In short, the message is this: Consider the long-term effect of your words and actions. Don’t look at the gratification — or as in this case, provocation — of the moment. Look at what the results will be in the years ahead (or, in eternity).

“It took me decades to climb this mountain and earn the respect of my peers (or family or followers or whoever). But I can fall off this mountain in one split-second.”

If you’ve never read Proverbs, you’ll see this message drilled home in the very first chapter and then repeated throughout, especially in chapters like 5 and 7. Take a few minutes to read when you can. It might just save your life.

In a word, the message is that sin doesn’t pay. That whatever reward it offers you is fleeting. That, while wisdom carefully and thoughtfully builds her house over many months and years, folly tears it down in a second.

In the 1980s, when I was speaking at a church in upstate New York, a pastor pointed out to me a family in his congregation, a widow and her children. Her husband had been a successful church planter but fell into depression, went into the city, and got drunk.

When he became sober, he was deeply repentant, agonizing over the choices he had made. And his wife actually forgave him.

But the lasting damage was already done.

From that one encounter he contracted AIDS, leading to his own death. Even more tragically, before he knew he was sick, he infected his wife and the child she bore.

When I visited that same church again a few years later, the pastor told me that both the wife and baby were now dead as well. And all for what? For a drink? For a fleshly attempt to cover up depression? For a momentary sexual act?

I have preached this message to myself many times over the years — the message of the final consequences of sin — and it has literally saved my life.

As Proverbs says, “Listen to advice and accept discipline, and at the end you will be counted among the wise” (Prov 19:20).