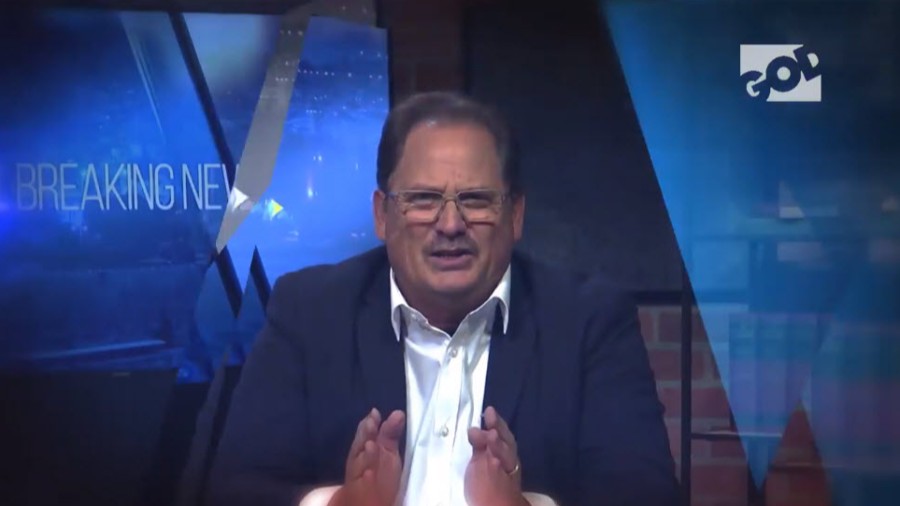 Thanks so much for taking the time to read my May 17 article in Haaretz and for responding to me directly in your article of May 19. Allow me to respond to you.

In the first line of your article, you referenced GOD TV’s Hebrew speaking channel in Israel, Shelanu, claiming that it “employs [my] services.” That is incorrect. I am not employed by GOD TV or Shelanu. While a minor point, truth is important.

You wrote, “I rather doubt that you are interested in real dialogue.”

To the contrary, for the last 48 years, as a Jewish believer in Jesus and a serious student of the Scriptures, I have engaged in continuous dialogue, discussion, and debate with the Jewish community. This includes thousands of hours of private discussions and many public debates and dialogues, including more than 20 with my dear friend Rabbi Shmuley Boteach.

I welcome healthy interaction in the spirit of the Talmudic phrase, shakla vetarya, and I love for my views to be challenged in the court of public opinion as well as in private. My door is wide open to you. Shall we continue?

Since When Is It Illegal for Israeli Jews to Share Their Views About Jesus as Messiah?

You wrote, “Many Jews, in Israel and elsewhere in the world, are offended by God TV’s missionary activity, which is also in direct violation of its broadcasting license.”

Yes, as someone who has devoted many years of my life to exposing the sins of the Church against the Jewish people, I’m quite aware that many Jews are offended of any mention of Jesus-Yeshua. In my home, growing up in NY, the name “Jesus Christ” could be used as profanity.

That’s why Ward Simpson’s initial public announcement caused such a stir, and that’s why he, as CEO of GOD TV, immediately pulled it. But he did not pull the video to be deceptive. Rather, he did it to avoid undue offense.

Where is it written that they cannot share their personal stories and their music and song with Israeli viewers?

As for Shelanu itself, contrary to your statement, it is operating 100 percent in harmony with its broadcasting license. This is according to information released by the Israeli board members of Shelanu and confirmed by their attorney. Unfortunately, later in your article, you claim that Shelanu wants to “defraud Israeli regulatory authorities” and that it “violates our laws.”

Once again, sir, you are misinformed.

More importantly, since when is it illegal for Israeli Jews who believe that Yeshua is the Messiah, as taught in the New Testament, to share their views in public? What law are they breaking? And where is it written that they cannot share their personal stories and their music and song with Israeli viewers?

With all respect, sir, may I ask how many hours of programming on Shelanu you watched before penning your editorial?

Why Resist the Open, Non-Coercive Exchange of Ideas?

You wrote, “This is not because we are attempting to silence the voice of American Christian missionaries (or, in your patently dishonest description, ‘Israeli Jews who believe in Yeshua.’)”

To the contrary, many of the key contributors to Shelanu are exactly what I said they are: “Israeli Jews who believe in Yeshua.” I’m speaking of sabra Messianic Jews like Avi Mizrachi and Eitan Bar. Should their content be banned from Israeli TV?

In reality, you are free to do whatever you wish with your religious choices. At the same time, according to the New Testament, Yeshua is the promised Messiah of Israel. He is the one of whom the Torah spoke and of whom the Prophets bear witness. And we, his followers, are commanded by the risen Messiah to share the good news of his death and resurrection with both Jew and Gentile.

So, in effect, you are telling us not to be true to our faith, and you are telling us our understanding of Torah is wrong. And that is your prerogative. But why resist the open, non-coercive exchange of ideas? What is so dangerous about that?

And what of the roughly 300,000 Jews worldwide who do believe in Yeshua, including as many as 30,000 in Israel right now? Many come from secular backgrounds while others come from religious backgrounds. Do they, as fellow Jews, get to decide for themselves? Or do you claim the right to stop them from hearing a message?

A 2017 survey, referenced by the Jerusalem Post, found that one-fifth of Jewish millennials believe that Jesus is the Son of God. Should they not be allowed to investigate things for themselves?

A Friendship Based on Non-Coercion, Unconditional Love and Truth

You wrote, “When you and your fellow preachers at God TV claim that Christianity is the true Judaism you are making a claim that is disrespectful, anti-Semitic and toxic.”

Actually, we simply proclaim Jesus as the Messiah of Israel and the Savior of the world. Is that “disrespectful, anti-Semitic and toxic”?

Ironically, the very New Testament that you disparage says this about God’s promises to the nation of Israel: “the gifts and calling of God are irrevocable” (Romans 11:29). That’s why, as I argued in my previous article, a true Christian faith is deeply philosemitic. And that’s why evangelical Christians have no history of persecuting Jews.

You even acknowledge that “most evangelical Christians are wonderfully philosemitic” before saying “unlike you and your ilk at God TV.”

In reality, Prof. Bell, the evangelical Christians associated with GOD TV, along with the Messianic Jews living in Israel working with Shelanu, are among the most philosemitic people on the planet. Why do you so grossly mischaracterize people of whom you apparently know little or nothing?

You wrote, “If you want your brand of Christianity to be supercessionist, specifically aimed at destroying Jewish faith and traditions, we can’t stop you.”

Then why are you trying to stop Jewish believers in Jesus, living in Israel and honoring many of our common traditions, from sharing their faith with fellow Jews? There is nothing that even hints of supersessionism here. Why oppose this so vigorously?

You close your article by saying, “Friendship begins with respect. What kind of ‘friendship’ are you preaching?”

I offer that friendship, with respect, to you. Will you reciprocate and offer the same back to me?