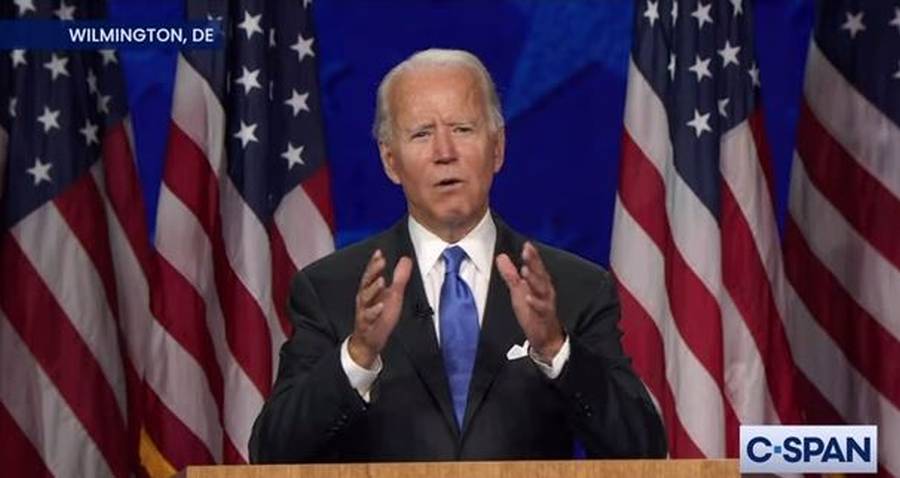 As a Donald Trump voter in 2016 and 2020, I was disappointed in the results of the election. At the same time, that’s the way our system works … as long as it is conducted fairly. One candidate wins, the other candidate loses, and the winning candidate becomes our president, whether we like it or not. But what if there is no confidence that the elections were conducted fairly? Will the losers accept the results?

If I were in Joe Biden’s shoes, as he officially stands as our president-elect, I would not want any taint over my presidency, especially right out of the gate. I would not want tens of millions of people believing that I won by fraud, that I stole the election, that I am not legitimate.

Instead, I would want to be able to say to America, “I know that many of you are bitterly disappointed by the results, as happens to one side every four years. But this is our how system works. The people have spoken, and I am here to serve as your president, the president of every American.”

Right now, he cannot do that, since a cloud hangs over the election results. And now that Sen. Ted Cruz and a number of his colleagues are calling for an emergency, 10-day audit of the voting, this is a perfect opportunity for President-elect Biden to say, “I’m all in. Let’s do this. I want complete transparency. On with the audit!”

On With the Audit!

It was announced Saturday that, “A group of GOP senators led by Sen. Ted Cruz, R-Texas, will object to the Jan. 6 certification of the presidential election results next week unless there is an emergency 10-day audit of the results by an electoral commission.”

Rather than looking at this as yet another distraction, Joe Biden and his team, which by extension includes Democratic Senators and Representatives, should call for this as well.

Why not delay the normal election process by a few days? Why not set something in motion that the whole nation can trust, and of which, in advance, all sides can say, “We will abide by the outcome of this investigation.”

The specific proposal is that “Congress should immediately appoint an Electoral Commission, with full investigatory and fact-finding authority, to conduct an emergency 10-day audit of the election returns in the disputed states. Once completed, individual states would evaluate the Commission’s findings and could convene a special legislative session to certify a change in their vote, if needed.”

You might say, “This is beyond ridiculous. Everyone knows Biden won decisively, and that’s why the courts, including the Supreme Court, have rejected almost every case brought by Trump’s team to date. There is zero evidence of fraud.”

Then why not agree to the 10-day audit? What could you possibly lose?

What is There to Hide?

It’s like the little boy who did not eat the cookie telling his mother, “Mommy, look at my teeth, look at my hands, check my pockets. I didn’t eat it!”

In contrast, the little boy who did eat the cookie doesn’t want to show his hands or open his mouth for fear of crumbs being found. Instead, he starts crying, “Mommy, you’re hurting my feelings. Why don’t you trust me?”

In this case, the Biden team would have nothing to lose and everything to gain in terms of solidifying his victory, as tens of millions of Trump voters would have to accept the legitimacy of the outcome. To say no to this is to guarantee that most of these voters will reject his presidency outright.

Some of you will say, “He’ll never do that because he was part of the fraud.” Others will say, “Well, the Democrats never accepted Trump’s presidency.”

My point, then would be this. He will be shouting to the world, “I was not part of any fraud,” by agreeing to the audit. And he would be making an appeal: “Yes, I know that my side of the aisle challenged Donald Trump’s presidency from day one, and it tore our country apart. Let’s dig deeper into the vote, let’s be sure the results were fair, and then let’s move on together.”

Eliminating the Massive Amount of Doubt

I understand that some Trump voters would still believe the election was stolen even if the contrary were conclusively demonstrated. This would especially be the case if Trump himself continued to fan the flames.

So, let’s take this one step further. What if Biden said, “If Donald Trump will agree to accept the final results of this audit, then I’m going to call for it as well”?

Then, as long as there was complete transparency in the audit and Senators like Cruz and Josh Hawley, who already planned to protest on January 6th, led the way in backing this, a massive amount of doubt would be removed.

You might say, “But this establishes a dangerous precedent. Are we going to do this every four years?”

I would say in reply: 1) this was a very unusual election; 2) a significant percentage of the population believes there was fraud; 3) we need to learn from this and conduct our elections more carefully in the future.

So, Team Biden, what do you say? Why not lead a bipartisan call for this emergency audit? You have a lot to gain and nothing to lose, especially if it’s a slam dunk audit in your favor.

Come the day of your inauguration, you’ll be glad you did, as long as you won fairly.