A Pilot’s Awe-Inspiring 9/11 Story: How Two Men Died in His Place 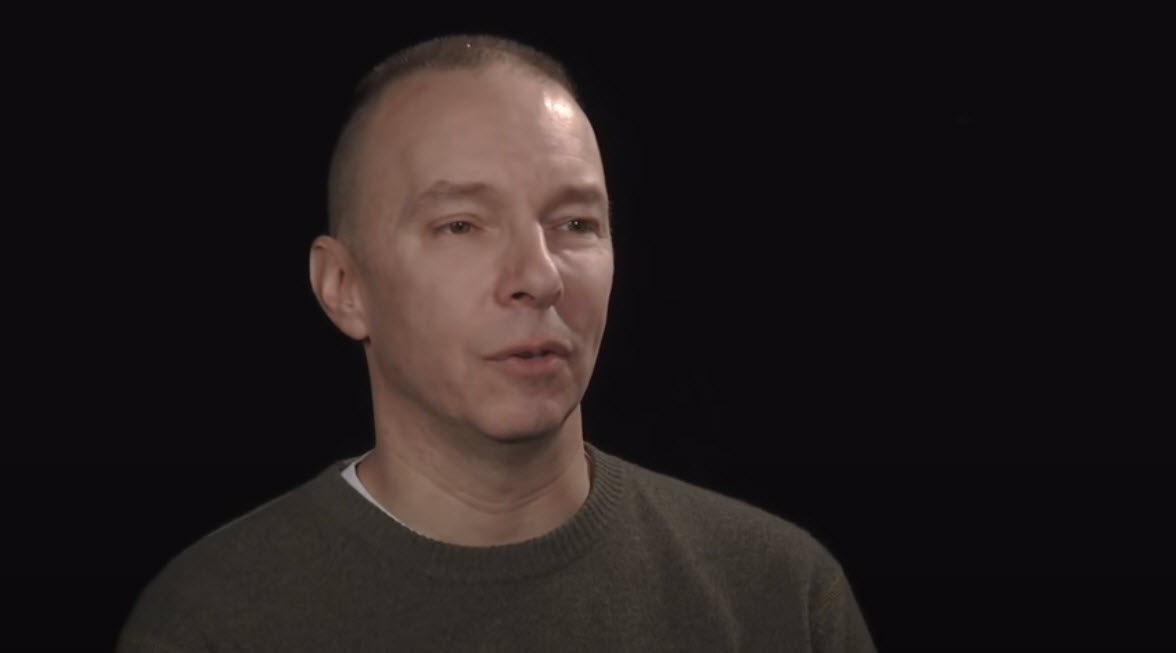 Much has been written and said about September 11, 2001. The stories will continue to surface for the rest of our lives and beyond. It was one of the worst catastrophes in U.S. history, and it drastically changed everything in our country and around the world. Almost 3,000 people — citizens from 78 countries — lost their lives on that tragic day.

But it seems that with every story of tragedy, there’s also a story of divine deliverance. Why is that? Were all the bad people supernaturally herded into the Twin Towers that Tuesday morning and the good people diverted? No.

There was also a tower that fell and killed people near Jerusalem in Jesus’ time. This was an actual current event, not a parable. In Luke 13:4-5, Jesus addressed the tragic event to make a point. He said, “Or those eighteen on whom the tower in Siloam fell and killed them, do you think that they were worse sinners than all other men who dwelt in Jerusalem? I tell you, no; but unless you repent you will all likewise perish.”

This is widely speculated to be in the same area as the Pool of Siloam near the City of David, just south of the Old City. That’s where Jesus healed the man who was blind from birth (See John 9). Ironically, it was presumably in that same area — at the Pool of Siloam — where Jesus reiterated the same point. When His disciples asked, “Who sinned, this man or his parents, that he was born blind?” Jesus answered, “Neither this man nor his parents sinned, but that the works of God should be revealed in him” (verses 2-3).

Of course, the many wonderful promises in scripture of divine protection are true and even “God-breathed” (2 Timothy 3:16). Moreover, there are also many scriptures that make a correlation between disobedience and calamity. (We typically don’t have those stuck on our refrigerators). And those are also true. But at the same time, in these aforementioned verses, Jesus seemed to substantiate our old adage, “Bad things happen to good people.” Why?

For me to take a stab at completely clarifying all that would take much more space than I have here. (It would probably also require getting caught up to the third heaven to ask a few questions.) But one thing is for sure: The explanation would no-doubt center around the fact that we live in a fallen world. The bad news is: “For the sin of this one man, Adam, caused death to rule over many” (Romans 5:17). But in the next verse, the good news is: “But even greater is God’s wonderful grace and his gift of righteousness, for all who receive it will live in triumph over sin and death through this one man, Jesus Christ.”

In football, sometimes there’s “a broken play,” often times initiated by somebody not doing what he’s supposed to do. The original play is then out the window, and the quarterback scrambles. Since The Fall, each and every one of us is scrambling. It’s a broken play, thanks to Adam and Eve. Although the Lord is more concerned about the “post game show,” He desires for each of us to go all the way for a touchdown. However, He has an imperfect play and imperfect “blockers” around us to work with. Furthermore, there are 11 fierce opponents that “Coach Adam” let in the game. They want to take us out. Due to a host of mostly unknown and perplexing factors, some make the first down and some get sacked.

One of those stories of divine deliverance on 9/11 is that of Steve Scheibner, who was a First Officer on the Boeing 767/757 for American Airlines. I was a pilot for American as well but never got to meet Steve. Being based in different cities and flying different equipment, it would have been unusual for us to meet. However, we have a common friend, Dan Griffin, who was in the training department at American and trained with him. He spoke very highly of Steve, both professionally as a pilot and also as a Christian.

The video below is the amazing testimony of his experience on 9/11. He and his wife, Megan share in complete detail how on the day before (September 10th), he was assigned Flight 11 from Boston to Los Angeles for the next day (September 11th), departing at 7:45 a.m. He reproduced exactly what that looked like in American Airlines’ computer system. 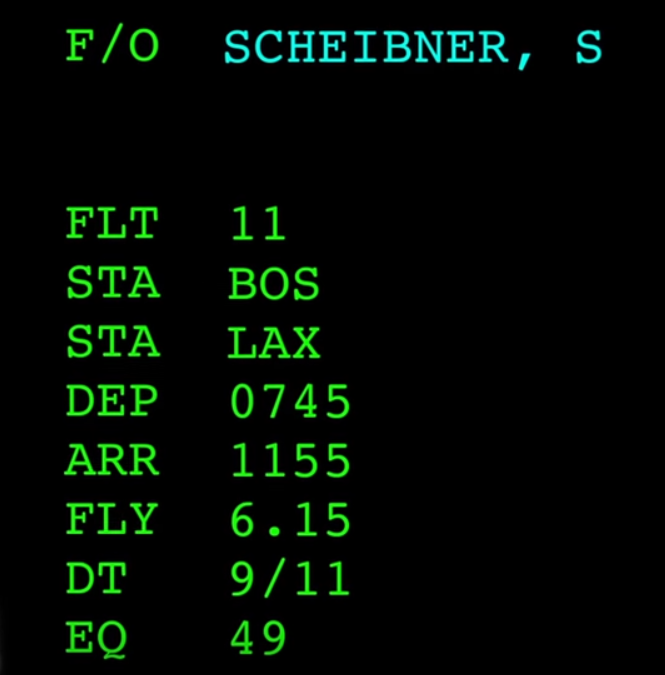 He explains that he was on reserve and how a “line-holder” (or a pilot who has a regular schedule), Tom McGuinness, bumped him off the trip in the 30-minute window after it was assigned. Steve said in another interview that this had only happened to him three times in twenty years. I was on reserve at American for about ten years, and I can’t remember that ever happening to me.

Tom McGuinness celebrated his birthday with his wife and kids on September 10, the day he picked up that trip. Back in high school, he had asked Cheryl, who would become his wife, to their senior prom two days prior, and she accepted. “I got a dress and we went to the prom, and we stayed together ever since,” Cheryl McGuinness said. The 42-year-old former Navy fighter pilot kissed his wife goodbye at their Portsmouth, New Hampshire, home that fateful morning, never to return. Cheryl has said, “Every life endures sadness and loss. But my story is that no matter what you have experienced or what pain you have suffered, God can bring your through the ashes of destruction to the beauty of life.”

Scheibner shares that years prior to 2001, he wrote this life objective:

To seek, trust, and glorify God through humble service and continual prayer. To raise up qualified disciples as quickly as possible. So that someday I might hear God say, ‘Well-done my good and faithful servant.’

He says that after 9/11, God “took that life objective that I already had, and it intensified it for me.”

Scheibner points out that on two occasions, someone has died in his place: Tom McGuinness and Jesus Christ. But he makes a clear distinction in the two. As monumental as the unfolding of 9/11 was to his life, he underscores how it couldn’t compare to Jesus dying on the cross for him.

He doesn’t know why Tom took the seat he was supposed to be in but said, “What has stuck with me all these years is the fact that He (God) did leave me behind. So I need to act like I’m living on borrowed time, because I am.”

I highly recommend Steve’s story (see link below). I believe the 15-and-a-half-minute video is definitely worth your time. And one additional note: Between 6:30 and 8:20, there’s audio of actual cell phone transmissions (they were apparently at low altitude at this point) between one of the flight attendants, Betty Ong, and American Airlines. These transmissions are very sobering and could be extremely disturbing to some, especially individuals who lost a loved one on one of those flights or in the Twin Towers.