A Message From God to Ric Flair 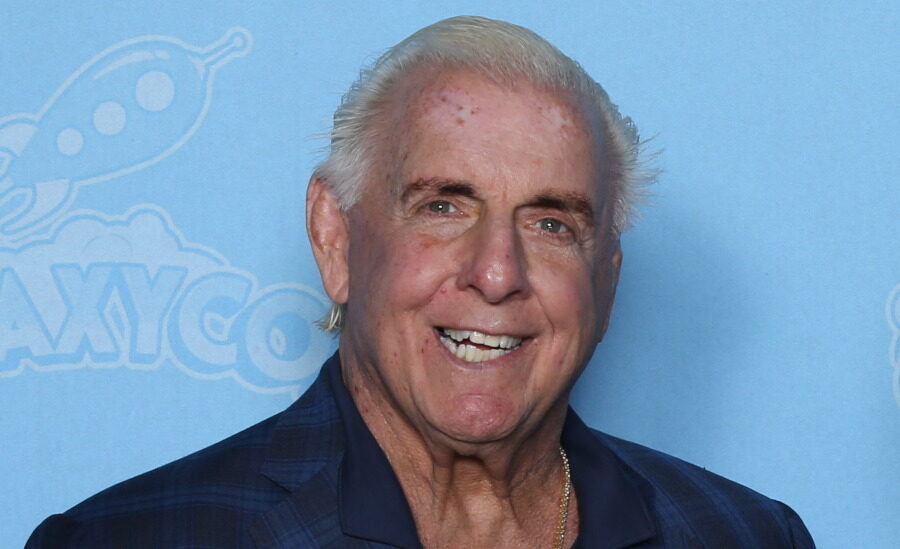 If you get this message, that should be a sign that God has something really important to say to you. After all, you don’t know me from Adam, and there are millions of articles on the Internet. The fact that you’re reading this article is an answer to prayer.

But before I share God’s message to you, let me speak to you from my own heart for a moment.

You have obviously lived an amazing life, one with incredible triumphs and incredible agony.

You have been a remarkable performer, arguably the greatest professional wrestler of all time, and the fact that you’re getting in the ring again at 73 years old is mind-boggling.

You’ve cheated death over and over, you’ve survived a plane crash and a broken back, and you’ve consumed enough liquor to sink a ship (really, quite a few ships) — and yet you’re still here.

You’ve entertained millions, you’ve been featured in viral hip-hop videos, and everyone knows your signature “Woo!”

God brought you back from so much and kept you alive because He wants to bring you to Himself.

You’ve also found your own son dead of a drug overdose. I cannot imagine the pain.

The question is: Why are you still here? Why did you come back from the dead several times? Is it so you could perform in the ring one more time?

I recently read that 5 years ago, you were on life support for two weeks and in intensive care for one month. You were given a 15% chance of survival.

But here you are, not just alive but ready to wrestle again.

You Asked Why God Would Bring You Back. It’s Because He’s Waiting for You to Turn to Him

You said to ESPN, “God gave me a gift. I almost feel like He wants me to do this [last match]. Why bring me back from so much?”

I can answer that question for you.

God brought you back from so much and kept you alive because He wants to bring you to Himself. He’s giving you a chance to repent, meaning, to turn your life around with His help and to come to know Him personally.

In the Bible, Paul put it like this: “Don’t you see how wonderfully kind, tolerant, and patient God is with you? Does this mean nothing to you? Can’t you see that his kindness is intended to turn you from your sin?” (Romans 2:4)

Do you feel the weight of those words?

You haven’t received what you deserved. The Lord has been very kind to you. But it’s for a purpose: His kindness is intended to bring you to repentance, to bring you to a brand-new life.

This same Bible says that all of us have sinned and fallen short of God’s standards, and the penalty for that is death — for all of us (Romans 3:23; 6:23). Would you agree that you have fallen short too?

Back in the 1970s, Billy Graham appeared on the Johnny Carson Show.

If my memory serves me correctly, Carson said something like, “Rev. Graham, I’m ashamed to say that I can’t remember all of the Ten Commandments.”

Graham replied, “Yes, but you’ve broken all of them.” Ouch!

Could the same be said about you? What about, “You shall not commit adultery”? How have you managed with that one?

To repeat, all of us have sinned and violated God’s commands, and all of us deserve death — in this world and the world to come.

But that’s not the end of the story.

Rather than condemn us all to hell, God sent His Son Jesus to die in our place. Can you imagine a love that great? We sinned, and Jesus, who was perfect and innocent, died for our sins. That’s what we call “grace” — amazing grace.

This is not a myth, Ric, or just some religious story. It’s the absolute, God’s honest truth.

This is God’s Message to You

The Bible puts it like this (and please read these words slowly; this is God’s message to you!): “For God so loved the world that he gave his one and only Son, that whoever believes in him shall not perish but have eternal life. For God did not send his Son into the world to condemn the world, but to save the world through him.

“Whoever believes in him is not condemned, but whoever does not believe stands condemned already because they have not believed in the name of God’s one and only Son. This is the verdict: Light has come into the world, but people loved darkness instead of light because their deeds were evil. Everyone who does evil hates the light, and will not come into the light for fear that their deeds will be exposed. But whoever lives by the truth comes into the light, so that it may be seen plainly that what they have done has been done in the sight of God.” (John 3:16–21)

To say it again: This is God’s message to you!

In 1971, at the age of 16, God’s love became real to me. At that time, I was an LSD-using, heroin-shooting, long-haired, hippie rock drummer.

I had no interest in God and no faith in Jesus. But He reached down to me, showing me the evil of my own heart (doing drugs was just the tip of the iceberg) and revealing His amazing love. In a moment of time, I was dramatically transformed, and I have never looked back since.

That same love is available to you through the cross if you will only recognize your guilt before this perfect Judge, ask Him for the mercy you don’t deserve and put your faith in Jesus to forgive you and transform you.

The fact is that you can’t cheat death forever, and one day, you will stand before the God who has been kind enough to keep you alive. He will not be impressed by your wrestling skills or your charisma. But He will recognize a humble heart that says, “I don’t deserve Your goodness, and I recognize what a wretch I’ve been. Have mercy on me and forgive me. I want to be your child.”

Millions of people around the world love you and admire you.

I’m sure many of them have been praying for you too.

This is God’s message to you!

Who Deserves Death by Divine Judgment?

Whatever Happened to Trump Being Restored to the White House This Year?