A Great Album for the Week Before Easter, and a Week of Suffering 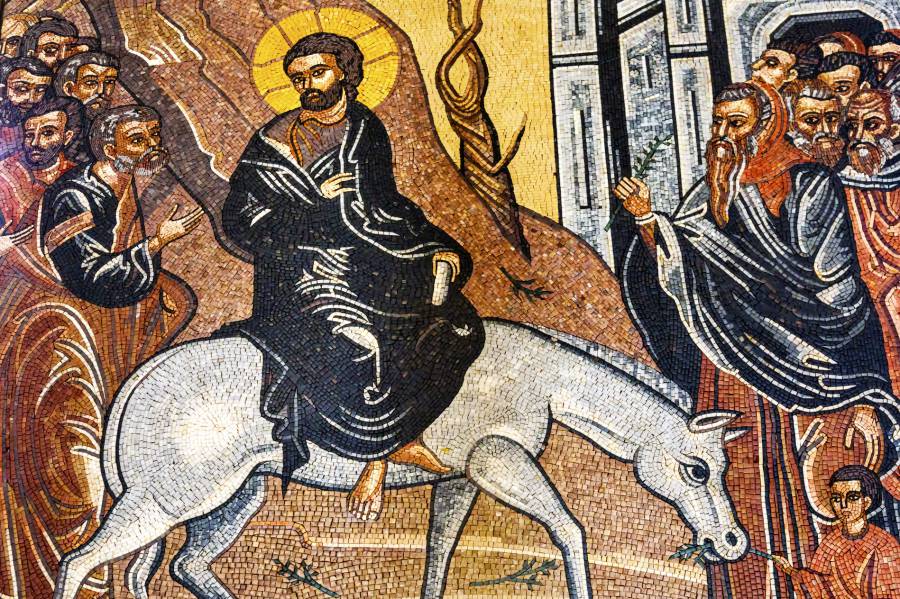 He died early last year, sitting on stage. He stopped playing, apologized, and passed away. One thing David Olney left us was a great album to listen to in the week between Palm Sunday and Easter. And especially when, with the pandemic, economic troubles, social conflict and division, we might face our own Good Fridays and seek our own Easters.

It’s called The Stone. Olney wrote some deep songs about people in the Bible across several albums. It’s not completely clear what he believed, as I wrote about him after he died. He’d clearly read the stories a lot and with love, and he tried to see how things looked to the people involved in them. Then in his songs he tried to help us see them too, and show us something we hadn’t seen.

It’s a great album. It’s one I listen to over and over, and not just in the days before Easter.

As a songwriter who told stories, Olney was doing in his own way what C. S. Lewis did. Lewis explained that the Christianity he grew up with “was associated with lowered voices; almost as if it were something medical. But supposing that by casting all these things into an imaginary world, stripping them of their stained-glass and Sunday School associations, one could make them for the first time appear in their real potency?”

The writer Flannery O’Connor did the same thing. Violent painful things happen in her stories, because modern people didn’t see sin as sin — or godliness as godliness. They accepted the sinful as normal. 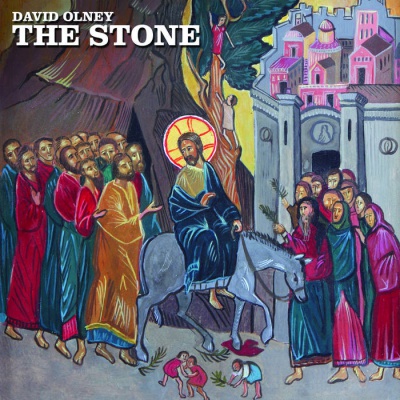 With that kind of reader, “You have to make your vision apparent by shock — to the hard of hearing you shout, and for the almost blind you draw large and startling figures.”

Olney’s way of helping us see realities we don’t always see was less fantastic than Lewis’s, and less dramatic than O’Connor’s. But just as imaginative and just as striking. And I think just as deep.

The Stone — you can listen to it here — begins with a conman remembering meeting Jesus. The song’s called “Jerusalem Tomorrow.” People aren’t buying his tricks anymore. He finds out that some guy had already been through doing real miracles and not asking for money. He wants in.

The conman says about Jesus: “He has everyone convinced that he’s for real. Well, I figure we can work some kind of deal. Well, he offers me a job and I say fine. He says I’ll get paid off on down the line.” He has no idea what’s he asked for, and what’s he’s going to get. The last line of the song hits hard. “Well, I guess I’ll string along. Don’t see how too much can go wrong. As long as he pays my way I guess I’ll follow. We’re headed for Jerusalem tomorrow.”

Here’s one of Olney’s subtle insights. As the speaker entered Jerusalem with Jesus, he must have felt he’d hit the conman jackpot. Then things go completely wrong. And then on Easter, completely right. The song suggests he’s looking back a long ways, as a believer. He did get paid off on down the line.

The Donkey, the Disciple, the Cop, and the Criminal

In the next song, called “Brays,” the donkey Jesus rode into Jerusalem remembers his day of reflected glory. Olney says he got the idea from G. K. Chesterton’s poem “The Donkey,” and I think it’s a wiser, deeper take on the donkey’s story.

The donkey knows he’s not much to look at, but he carried a king on his back, and he joined the crowd in praising him. He changed because he met Jesus. No one comes away unchanged from meeting Jesus. “None is more proud than the stallion,” he says. “None is more feared than the lion. None is more free than the eagle. But who is more blessed than I am?” Olney is saying that we are that donkey — or should be.

In “Flesh and Blood,” an unnamed disciple remembers the Last Supper. I wrote about this one in my first article on Olney. It’s the most direct proclamation of the Gospel on the album.

The Cop, the Traitor, the Criminal, and the Soldier

The Stone includes two songs about people who had no idea who Jesus is. In “Brains,” the cop interrogating Judas demands to know who’s the brains of the operation, thinking Jesus must be another clever criminal. Judas shows he doesn’t know who Jesus is either. “I wanna know who’s the brains behind this operation,” the cop says, treating Judas with contempt as a small-time crook. “I wanna know how it got this far.” As one critic put it, “Two thousand years of theological inquiry is nicely boiled down to a dozen words.”

In “Barabbas,” the criminal talks about this man thrown into the cell with him. He knows he deserves to die, but the crowd wants this other guy dead. It wants him alive. He doesn’t care about dying, or thinks he doesn’t, having “no hope of Heaven and no fear of Hell.” He finds himself owing his life to a stranger, and has no idea who he is, but spends the rest of his life trying to find out, and telling the story to everyone he meets.

The album closes with “A Soldier’s Report.” It matches “Jerusalem Tomorrow” musically and lyrically. The centurion commanding the soldiers guarding the Tomb has to tell Pilate he failed. He does his job well and he loves his country, but “it is with the deepest shame, I must report that the body is gone.”

He doesn’t know how it happened. It couldn’t have happened. Something has happened, is happening, he can’t understand. His next to last line, which I won’t give away, proclaims the Gospel the centurion didn’t know. But he saw it. It’s a powerful ending to the album.

David Olney reportedly went to a Presbyterian church in Nashville. A Christian, but one with questions. “Easter,” he says in one of his #YouNeverKnow podcasts, “is a challenging concept to me.” He sees Easter as a greater mystery than Christmas. “It’s a tough story to believe,” he says. “I can’t say I believe the whole thing.”

I think he saw more deeply, and believed more, than he realized. The Stone tells the story we think we know, but maybe with too many stained glass and Sunday school associations. In these six songs, David Olney shows us who Jesus was (and is) through the lives of characters on the edges of the story.

And through them he shows who we are. Depending on the day and time, we’re the calculating conman, the proud donkey, the brutal cop and the disloyal Judas, the tortured criminal, the faithful disciple, the confused and worried centurion. People whose lives Jesus changed.

This is an updated version of “A Great Album for the Week Before Easter, and the Week Virus Deaths Rise,” which appeared April 6th of last year.