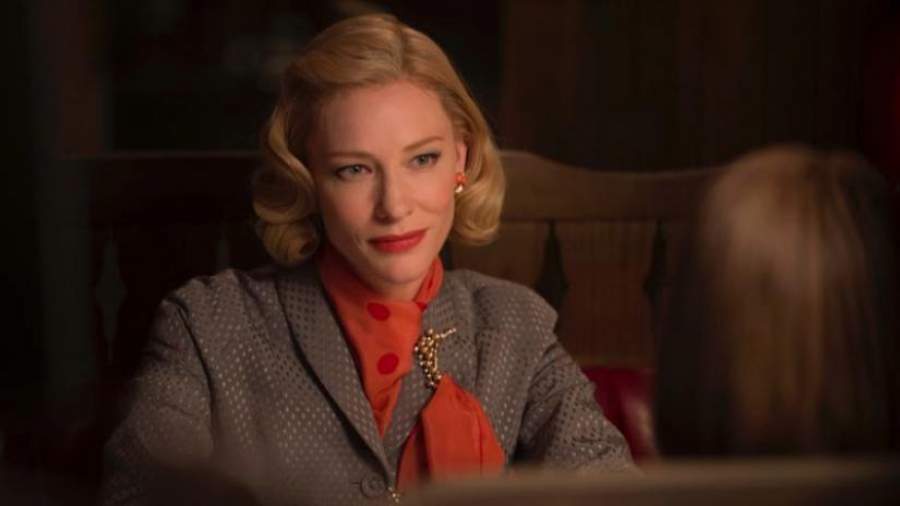 It was only a matter of time before Hollywood came for pro-life hero Phyllis Schlafly, and they waited until she was safely in her grave to do it. Mrs. America, a mini-series created by Dahvi Waller and available on Hulu, is a vicious smear job from start to finish.

Phyllis Schlafly was one of the most influential American activists of the 20th century. A constitutional lawyer and an anti-Communist, she sold three million copies of her first book (of more than twenty), A Choice Not An Echo, out of her garage. As a pro-life activist, she fought successfully to make the GOP a pro-life party. Above all, she mobilized millions of people against the Equal Rights Amendment—and won.

For that, the feminists could never forgive her. This mini-series, which claims to document the battle of the Equal Rights Amendment, is their revenge.

Feminist reviewers are already gloating about this. Kate Harding noted that Cate Blanchett plays Phyllis Schlafly as an “Awful person; fascinating villain.” Doreen St. Félix in the New Yorker wrote with satisfaction that Blanchett’s performance could “effectively destroy her.” The Guardian’s only complaint was that perhaps Blanchet was “too skilled…to play a figure of such uncomplicated contempt.”

Demonized from Start to Finish

Mrs. America wants you to believe that Schlafly was a cold, conniving sell-out who was willing to stab her fellow women in the back to get ahead in a man’s world. The condemnation of her character is nearly total. To list a few of the show’s assertions:

Schlafly is a bad wife, married, incidentally, to a bad husband who only supported her political runs in the belief she would lose. (Her daughter, for the record, is appalled by the representation of her parents’ marriage.)

She knowingly lies about the Equal Rights Amendment. It isn’t that she’s just mistaken — she lies and knowingly misleads others. In short: She doesn’t believe her own arguments.

She is seen by politicians like Barry Goldwater as a convenient tool to strengthen the patriarchy. (The show doesn’t address the fact that A Choice Not An Echo was one of the factors credited with getting Goldwater the GOP nomination in 1964.)

She is a bad mother, who outsources the task of raising her children to her sister-in-law and the help.

She is a grasping, power-hungry woman who is desperate to get all of the credit, all of the time.

And that’s just in the first three episodes released so far. All of this, meanwhile, is against the backdrop of a pantheon of feminist icons we are obviously supposed to see as heroines. The show begins with Shirley Chisholm’s run for the 1972 Democratic presidential nomination. Betty Friedan, founder of the National Organization for Women, is bumbling but loveable. And then there is Gloria Steinem, the gorgeous hero to Schlafly’s grim anti-hero.

Steinem is portrayed as Schlafly’s opposite in every way. While Schlafly lies to get power, Steinem cannot compromise her passion for abortion to satisfy flip-flopping politicians like George McGovern. She is brilliant, commanding, and inspiring. Even when she loses her temper, it is because she is overcome by the rightness of her cause. She is powerful but also beautiful and somehow waif-like, a lost soul with the sort of air that makes men instinctively feel protective.

But Steinem doesn’t need protection. She needs abortion. In what is supposed to be a touching scene, Steinem is shown preparing to get an abortion in London in 1957.

The abortionist famously tells her to promise him two things. First, that she will tell nobody his name. Second, that she would do whatever she wanted with her life. (She later dedicated her 2015 book My Life on the Road to Dr. John Sharpe, whom she named as the man who aborted her only child when she was 22 years old.) Years later, Steinem would say she would try to make herself feel guilty by imagining how old her baby would be—but it never worked.

Mrs. America is, in many ways, all about abortion. The first three episodes do not even mention Schlafly’s life-long pro-life convictions, but showcases Steinem’s abortion activism in a glowing light. Schlafly, the series implies, is cynically using abortion to accrue personal power. Steinem, on the other hand, is offended that women are “dying on kitchen tables” and are considered “just walking wombs.”

Reviewing this alleged docudrama, I was certain that the creators had not even bothered to research Phyllis Schlafly. Only a few months ago, I read liberal journalist Carol Felsenthal’s biography The Sweetheart of the Silent Majority, the only personal biography of Schlafly.

Felsenthal recounts how feminists were simply positive that Schlafly could not be who she claimed she could be. They couldn’t fathom it. Her enemies were certain she had ulterior motives, or a rotten marriage. They were positive her children must hate her.

After spending time with the Schlaflys and interviewing countless friends, family members, and colleagues, Felsenthal admitted she couldn’t find a single speck of dirt. Felsenthal’s conclusion? Love her or hate her, Schlafly was who she was and believed what she believed.

But according to Mrs. America creator Dahvi Waller, Felsenthal was a consultant on the series. Waller claims she brought on multiple researchers for “historical accuracy,” but she either did not read the book or she simply ignored all of its contents. (The only other book solely dedicated to Schlafly, Phyllis Schlafly and Grassroots Conservatism by Donald Critchlow, also reveals someone entirely absent from Waller’s smear job.)

The Real Woman, According to Those Who Knew Her

The real Phyllis Schlafly was a woman of both conviction and passion. She inspired millions to follow her leadership precisely for those reasons. And she inspired hatred in the abortion activists and feminists because she told them they were wrong — and beat them at their own game.

Two years before she died, I interviewed her and asked her why conservatives should have hope in the culture war. She promptly pointed to her successful battle against the ERA.

“You realize we had against us three presidents, three First Ladies, about 95% of Congress, 99% of the media, every governor, Hollywood,” she told me. “They had the momentum and the psychology of inevitable victory, which is a tremendous factor in any campaign. And we beat them all. It is simply a tremendous example of what a small group can do when you stick to the facts, have good leadership, and use the system the Founding Fathers gave us.”

“We had against us three presidents, three First Ladies, about 95% of Congress, 99% of the media, every governor, Hollywood…”

When I asked her if she’d debated all of the prominent feminists — one of Mrs. America’s later episodes apparently highlights the famous moment Betty Friedan told Schlafly she’d like to burn her at the stake — she gave a gravelly chuckle. “All of them with the exception of Gloria Steinem, who never dared to debate me.”

Feminists Are Still Terrified of Her

The feminists still don’t dare debate Phyllis Schlafly. Even when they portray her on-screen, they must pack their portrayal with falsehood to ensure that none of the viewers get a real glimpse of the woman who stopped them almost single-handedly.

Because they cannot understand this woman who rejected their version of liberation, they must invent a version of her that they can persuade us all to hate. The real Phyllis Schlafly was beloved by millions and inspired a movement that delivered them their most crushing defeat — and they still have not figured out how to face that.

The truth is that Phyllis Schlafly was not only a pro-life hero. She was also lovely. I only met her once, a few months before she died. It was at the Republican Convention in Cleveland, Ohio, and she was still elegant and beautiful at age 92. I shook her hand and thanked her for doing an interview with me some time before. “Oh,” the veteran of tens of thousands of media appearances said with a bewitching smile. “Did I do okay?”

Phyllis Schlafly did much more than that. For her family, for the pro-life movement, and for her country. For that, I will always be grateful to her. She really was Mrs. America — and in a way her enemies will never truly understand.

Maybe instead of watching the TV miniseries, read one of her books. Or learn about Mrs. Schlafly’s life from her daughter, who created the tribute video below.


Jonathon Van Maren is a public speaker, writer, and pro-life activist. He is the author of The Culture War and Seeing Is Believing: Why Our Culture Must Face the Victims of Abortion, and co-author of A Guide to Discussing Assisted Suicide.