A Bonus Morning Brew: Fauci Tries to Scrooge Up Christmas, While The Stream Celebrates the Birth of the Savior 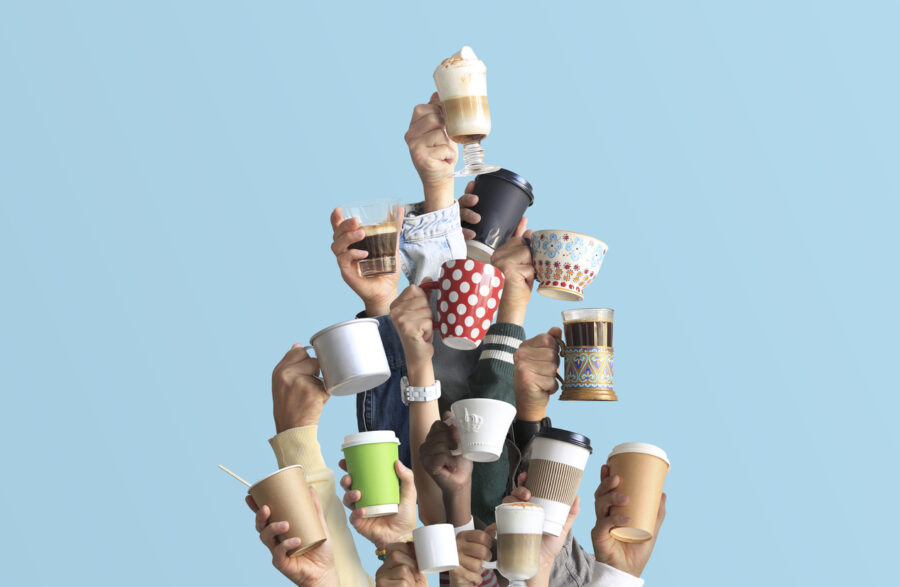 A joyful Christmas Eve to you. I hope you enjoyed the special Bethlehem Brew we cooked up for you this morning.

Fauci: Disinvite Family and Friends Who Don’t Have Jab … Even If Everyone is Fully Vaccinated and Boosted

At what point does the nation just admit that Dr. Fauci is just blowing “Jingle Bells” out his caboose? Fauci’s latest? Warning people away from large Christmas gatherings, even when fully vaccinated and shot up with boosters. Does that make any sense … if these jabs are so fab?  Worse, he suggested Tuesday you disinvite friends and family from Christmas gatherings if they can’t prove they’ve gotten the jab.

(I suppose the big question is how many people will opt out of command appearances at family gatherings or parties using Omicron as an excuse? “Whew. Thank God for the China virus. Now I don’t have to listen to Aunt Karen prattle on about Build Back Better.”)

This as emails emerge showing Fauci conspired with boss Francis Collins to destroy a group of top scientists who argued in 2020 that lockdowns were the wrong way to go and herd immunity was the better path for overcoming COVID-19. The Great Barrington Declaration argued Fauci’s lockdown approach “will cause irreparable damage, with the underprivileged disproportionately harmed.”

Rather than debate the matter, the emails prove Fauci launched a PR campaign with his media lemmings to orchestrate a “quick and devastating published takedown” of the Great Barrington Declaration and the experts behind it.

Times Square Celebration Still On … But Crowd Will Be Limited

One thing we can thank God for at the end of 2021 is that January 1 means no more Mayor Bill De Blasio destroying the Big Apple.

De Blasio’s latest? He’s just cut the number of people allowed in traditional Times Square viewing areas for New Year’s Eve by 75%. Only 15,000 people will be allowed. And those folks will have to prove they’ve been vaccinated and must wear masks. All because of the spike in COVID cases caused by Omicron in NYC.

Biden: Donald Trump Running in 2024 Will Increase His Interest in Running

“If I am in the health I am now, I would run again,” Joe Biden said Wednesday. Obviously planning to exploit a loophole in the Constitution that doesn’t require a president to actually be cognizant of the world around him.

Further, Biden was asked if Donald Trump running in 2024 would factor into his own decision whether to run again. Answer: Yes. “You’re trying to tempt me now,” Biden told ABC’s David Muir, “Sure. Why would I not run against Donald Trump if he were the nominee? That’d increase the prospect of running.”

Biden’s answer comes as a majority of Democrats say don’t want him as their candidate again in 2024. According to a poll out earlier in December, only 37% want Biden at the top of the ticket.

This also comes as new polling shows that when it comes to handling the economy, Biden is polling worse than former President Jimmy Carter did. That’s like polling less than Hannibal Lecter as a dinner host.

Guilty: Cop Who Claimed She Mistook Her Gun for a Taser Found Guilty of Manslaughter

Former Brooklyn Center, Minnesota, police officer Kim Potter has been found guilty on two counts of manslaughter for the shooting death of Daunte Wright. Wright was killed while resisting arrest during a traffic stop in April. Potter accidentally drew her gun instead of her taser and says she had no intention of hurting Wright. Video of the incident shows Potter repeatedly calling out warnings she would tase Wright. Tragically, she shot him in the chest.

The most serious charge comes with a 7 year sentence. But prosecutors say they want more.

Not for nothing, but would Potter have had the book thrown on her had she not been white, and the incident not taken place near where Derek Chauvin was on trial for killing George Floyd?

For that matter, would Wright, who was wanted on a weapons warrant, be alive today had he simply obeyed officers’ orders?

Is Die Hard a Christmas Movie?

It’s become one of the oddest, most debated — if frivolous — questions about the Christmas season. Is the Bruce Willis action flick Die Hard a Christmas movie? Fox News asked around Rockefeller Center for a new article. And the overwhelming answer from visitors was “yes.”

A few years back, our own John Zmirak weighed in as only he can a few years back on “Why We Want ‘Die Hard’ to be a Christmas Movie.”

It’s a good story set at Christmas. But nothing beats the story of that first Christmas.

Christmas Along The Stream

We have a full roster of Christmas themed stories already up or coming up during the day. Including …

An absolutely beautiful reflection on our times and the timeless message of the manger from John Zmirak, A Weary World Rejoices.” A must and a must share.

We’ve got the afore mentioned “Bethlehem Brew: Town in Uproar Over Newborn Baby!. Imagining a Morning Brew if written 2000 years ago in Bethlehem.

Justin Brierley takes on those who think Jesus Christ was never born in “Celebrating Christmas While Doubting Christ’s Existence.”

Coming up real soon, a touching look back at Washington’s Crossing of the Delaware from Gary Davidson, “Hope in the Dead of Winter: The Story of Christmas 1776.”

And this afternoon at 5 eastern and running throughout Christmas, the LIFE Today Christmas Special! Just check stream.org home page for that.

And soooooooo much more.

May you and yours have a joyful, festive and glorious Christmas!