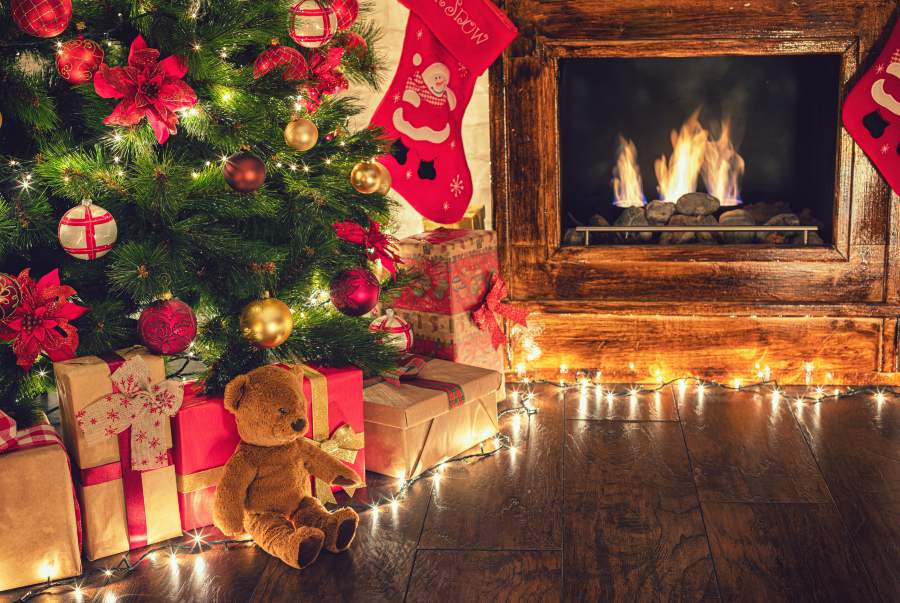 While most Americans still believe that Jesus was a historical figure, whether they recognize him as the Son of God or not, there is a small percentage who doubt his existence, but celebrate Christmas anyway. A recent Lifeway survey found that around 27% of the U.S. population either doesn’t believe Jesus was a historical figure or are not sure what to believe. However, that doesn’t prevent most of them from at least participating in the secular aspects of the holiday named after Christ.

Bizarrely, there is a growing online movement — called “Jesus mythicism” — claiming that Jesus never existed. Most academics discount it, but it has seen the growing support of skeptical atheists. In a culture that is so quick to doubt, it is necessary for believers to have adequate tools to equip them in responding to those who are skeptical about Jesus’ existence.

Christians can no longer assume that their non-believing friends are on the same page as them when it comes to the reality of Jesus, much less that he is the divine Son of God. So, when talking about Jesus with skeptics, some basic information on the case for Christ’s historical credentials may help them to see that in fact, Jesus is real.

Compared to other figures of the time, the volume and nature of historical documents supporting Jesus’ existence is exceptionally strong. The Scriptures we have provide an accurate and detailed source of evidence for the life, death and resurrection of Jesus.

For many key figures of the ancient world, which no one doubts the existence of, there are as few as 20 existing copies of the documents that recount their life, often written down centuries after the events. By comparison there are thousands of surviving copies of the Gospels and historical documents relating to Jesus’ life.

One key aspect to note is that, when it comes to historical research, the closer the written sources are to the events they describe, and the number of them we have to compare to one another, the more we can trust and rely on these documents. For many figures of history, the earliest copies we have of their lives were written down much later. Again, by comparison, the stories of Jesus’ life were recorded much closer to the events they describe.

The Gospel of Mark is understood to be written within the lifetime of Jesus’ first followers. Overall, the four Gospel accounts are estimated to have been documented between 35 to 65 years after His life. Meanwhile, other scriptural evidence such as Paul’s letters, which also contain multiple references to the life of Christ and his followers, come even earlier in provenance.

The time within which the Gospels and Paul’s letters were written means that we have far better historical evidence for events in the life of Jesus, such as his death by crucifixion, than we do for major events in history that nobody questions, such as the crossing of the Rubicon by Caesar.

Other than Scripture, there are non-Christian sources that put the existence of Christ’s life and ministry beyond question. Historians of the day, such as Tacitus, Josephus and Pliny the Younger, all mention Jesus and the early Church which started gathering to worship in His name. There were also critics of Christianity such as Celsus who, in opposing the early Church, confirmed various aspects of the claims being made about Jesus.

These and many other pieces of evidence point back to the certainty of Jesus, and particularly his crucifixion. New Testament scholar NT Wright says, “Speaking as an ancient historian, I can confirm that the crucifixion of Jesus of Nazareth is one of the best-attested facts in ancient history. If we take Jesus out of the world of first-century Judaism, and suggest such a person never existed, it leaves a thousand other things unexplained. We have all sorts of evidence that points back to this figure.”

Sometimes skeptics claim that the Gospels were written down long after the events, in a different time and place.  But the research of scholars such as Richard Bauckham and Peter J. Williams shows that there is overwhelming evidence that the Gospels were the written testimony of eyewitnesses and those who knew the time, place and culture of Jesus.

For instance, the Gospels are full of the same names that were being used in the time and place that Jesus lived, lending support to the conclusion that the Gospels were recorded by people alive at the time, not invented at some hazy distance from the events in a different location. When documents can be cross-referenced and align with one another with a specific detail like a name, which is particular to both time and region, it is hard not to treat these accounts as historically reliable.

Likewise, there are multiple references to geography, places, cultural customs and events that are only possible if these accounts were written down in the time and place that Christ lived.

The evidence supporting Christ’s existence is plentiful. But merely listing off a historical timeline is not enough. As Christians we need to understand why this history matters — that it changed the world and can continue to change the lives of skeptics today. We have the privilege of showing that Jesus’ claims about Himself were vindicated in His resurrection and continue to be demonstrated through His enduring influence across time and in the lives of those who follow him today.

Justin Brierley is the Theology and Apologetics Editor for Premier Insight which produces podcasts such as “Unbelievable?” and “The Big Conversation” in which he hosts discussions between people of opposing views on issues of belief, life, science and meaning. He is the author of Unbelievable? Why, after ten years of talking with atheists, I’m still a Christian.