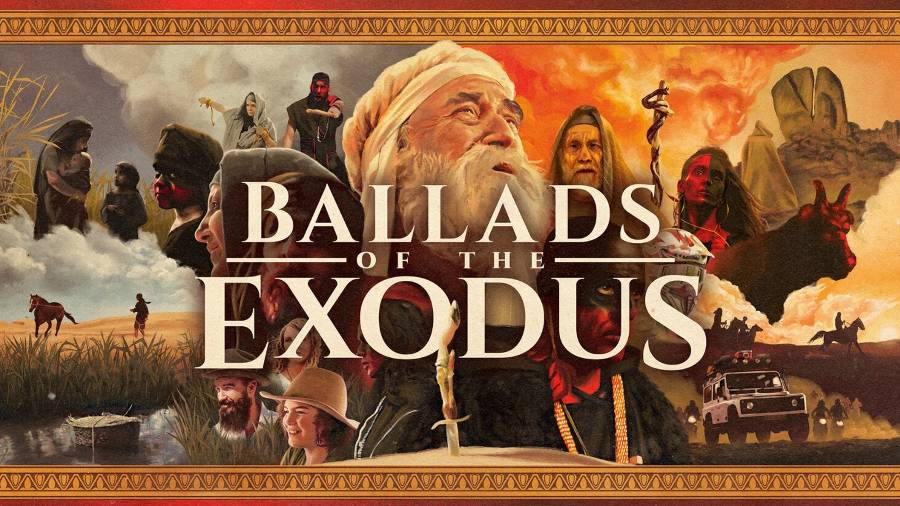 “It’s a very unique, bizarre film,” Dalton Thomas, director and founder of FAI, said of his film Ballads of the Exodus. “But I think it’s very beautiful,” he added, also calling it “historic.”

Ballads of the Exodus released free on the FAI app July 9, along with its soundtrack. FAI — Frontier Alliance International — produces high-quality documentaries and films like Sheep Among Wolves, but that’s not their main thing. They do a lot more: evangelism in the 10/40 window (the region of the world with the most unevangelized countries) and humanitarian relief. Their app features breaking news and emphasizes discipleship through podcasts, music and Bible studies.

At the recent film premiere in Grapevine, Texas, three leaders of the ministry spoke with The Stream: Thomas, FAI Chairman of the Board Joel Richardson and FAI Director Jeff Henderson. Thomas directed Ballads of the Exodus and Richardson served as executive producer.

Here are a few reasons why the film is special:

Thomas and his film crew were the first American Christian film crew allowed into Saudi Arabia to visit sites associated with the Biblical exodus. Their 2019 trip was made possible by the “Abraham Accords,” the normalization of diplomatic relations between Israel and several Arab nations.

The film’s press release says it’s “the first biblical epic feature film shot in Israel and Saudi Arabia at the real Mount Sinai.” The location of Mount Sinai is disputed, but Thomas said Richardson convinced him they were at the right mountain, Jebel-al-Lawz, when Richardson took him there and showed him the sites. “It’s the only one,” Richardson said. The only mountain with an ancient Jewish, Christian and Muslim tradition of being Mount Sinai. 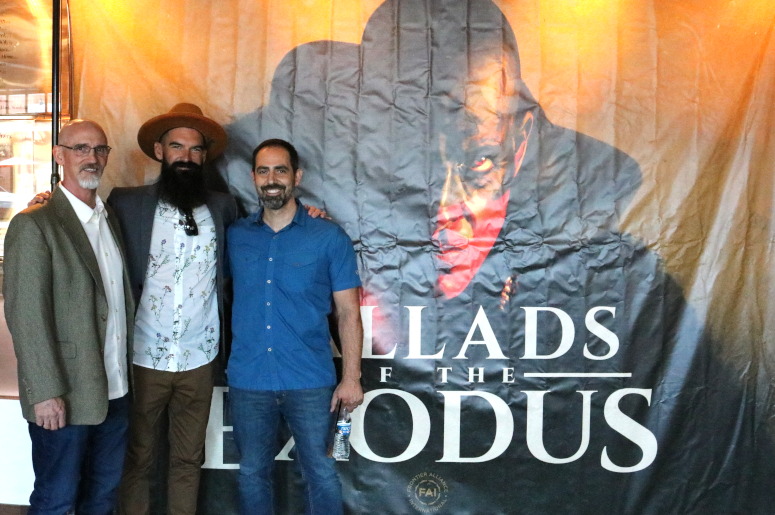 Jeff Henderson, Dalton Thomas and Joel Richardson, leaders of Frontier Alliance International, pose in front of a banner for Ballads of the Exodus at the film’s premiere in Grapevine, Texas, June 24, 2021. (Photo credit: The Stream/Aliya Kuykendall)

While many of the landscape shots are in Saudi Arabia, all of the acting is shot in Israel.

The entire cast is Israeli — besides Thomas and his family, who play the family seen in the introduction. Thomas said none of the cast are actors.

Ballads of the Exodus is the story of Moses seen through the eyes of a young boy remembering the story his dad told him as he’s drowning in the Red Sea.

The film begins with the boy’s family visiting the Red Sea and his father telling him the story of Exodus. When the boy begins imagining the story of Moses, the film becomes a silent film. Some of the songs have lyrics, but the characters don’t sing them. At the end of the film we’re taken out of the boy’s imagination and there’s speaking again.

Thomas explained they took creative liberty with how the boy imagines the characters. For example, Pharaoh’s army has horses, motorcycles and helicopters. “It’s cheaper to get motorcycles than chariots” Richardson joked. And the characters wear face paint that corresponds with the community they identify with. This allows Moses to visually transition through identifying with the Israelite slaves, the Egyptians and the Midianites in a silent film. Identity is a key theme in the film.

Unlike other Exodus films that skip over the Exodus 4 “bridegroom of blood” scene, this film highlights it. Moses failed to circumcise his son, meaning he had abandoned his Israelite identity for a Midianite one.

Thomas said unlike other Exodus films, they stick close to the text as far as the story itself goes. The boy is correctly remembering what his father has taught him from reading the Bible, but Richardson said his young imagination of how the story looks “adds to the artistic” feel.

When was the last time you watched a free film that was made by a Christian ministry that does evangelism in the 10/40 window?

Thomas said the goal of this and their other films is to raise awareness for their ministry work. The film is only available on their app. People can download the app for the film and then start getting push notifications about FAI’s other resources and work. Ultimately, this free film is designed to help people get involved in the ministry: to get discipled and help fund relief efforts and evangelism.

FAI’s films are “connected to the core central mission” of FAI in this way, but “they aren’t just hooks,” Henderson said. “They are beautiful stories.” He added that they hope people will connect with their films in a way that will “really matter for their walk with the Lord, even come to the Lord.”

“We have about 10 films in the lineup,” Thomas said, explaining they plan to release “probably two to four feature films a year” of varying genres. Their next one will be Days of Noah.

If you have no idea what that means, I’m right there with ya. Pink Floyd was before my time and I don’t keep up with the pop culture that old. Thomas explained that Pink Floyd’s album The Wall plays through in a film by the same name that is silent and illustrates the album. That’s also how Ballads is.

Ballads is all about the music, with an original soundtrack and score. A ballad is a song that tells a story, and that’s how this story is told. I was gripped as I watched, to the sound of violins playing “My Two Mothers,” Moses’ mother grieve after giving her son away. I could dance alongside the Israelites to “Not Afraid.” Besides the lyrics in the ballads, it’s mostly a silent film. In some ways it feels to me like a music video.

Ballads is 3.5 hours long with an intermission and an overture, styled after epics like Lawrence of Arabia and Ben Hur. Thomas says this evokes historic roadshow film screenings.

It’s the first film shot in FAI’s new TrinityVision format, which means it has an aspect ratio of 3.33 by 1. That’s quite wide. To see how wide, check out the trailer:

Thomas explained that they created the TrinityVision format to foster an immersive experience. “We intended it to be shown on the biggest screen possible,” he said. App users can stream or download the film. For more information on screening the film, see Thomas’s 5-minute video.

So what’s my take? If you can sit through 3.5 hours of good music and beautiful cinematography to see one of the world’s greatest stories told in a groundbreaking way for the glory of God, I’d recommend it. Small children may be disturbed by the scene when Moses kills an Egyptian, and it may not hold a child’s attention, but I am going to see it again with friends next weekend for a birthday party.

I’m also excited for the album release, which has just come out today alongside the film. I plan to enjoy listening to the songs again and learning to sing and even play some of them. Especially the celebratory song “Not Afraid” sung after crossing the Red Sea: I and the entire room were roused to our feet for that song, mid-film.

I’m not big on pop culture — films or music — because there’s so much filth out there that’s not drawing me closer to Jesus that it hardly seems worth it. I’m thankful this film and accompanying album — plus Ballads of the Revelation, their first Ballads film and album, produced last year — give me something beautiful and worthwhile to sing and enjoy.