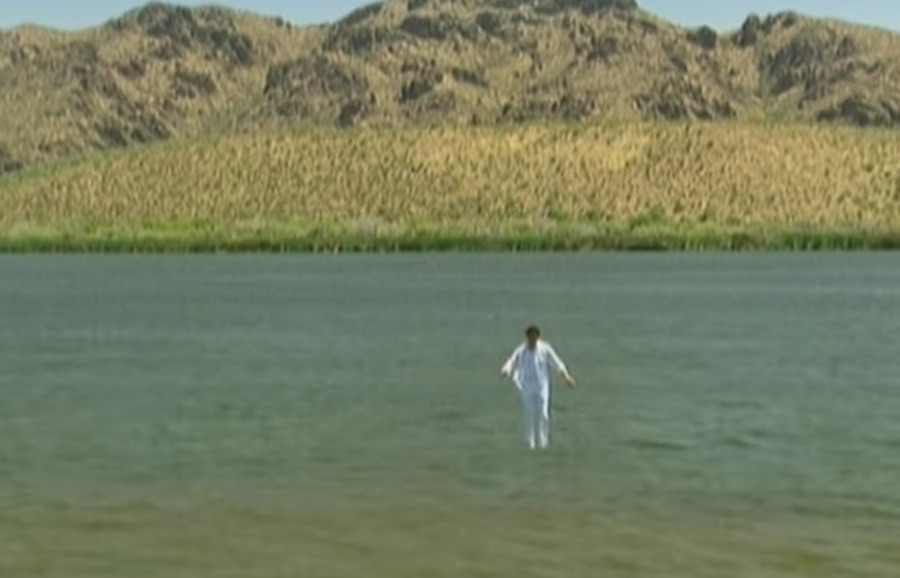 This illusionist, André Kole, is one of a very few who know how to do a convincing fake of walking on water — and he knows enough to know Jesus didn't fake it.

This might surprise you: serious skeptical and atheistic New Testament scholars widely concede that Jesus was a real person with a reputation as a miracle worker. Guy P. Harrison knows that, but wants to ask whether the miracles were real. “Christians still speak of his magical powers with awe and reverence,” he says, but “skeptics and nonbelievers … suspect that they were probably nothing more than exaggerations or tricks.”

Tricks. “Magician tricks,” he calls them. He talks of charlatans “being caught using cheap tricks to fool others,” including fakers doing it in the name of Christ. It’s despicable stuff, this dishonesty. Where it happens I denounce it more severely than Harrison does. I’ve experienced a healing miracle myself, though, so I don’t jump to conclusions as he does.

Easy to Fool in Those Pre-Scientific Days?

No, Christians don’t “speak of Jesus’ magical powers with awe and reverence” — not if we define “magical” properly. When used for stage or street “magic,” it’s merely illusion. In occult terms and in some religions it applies to manipulating gods, demons, or supernatural entities to perform the magician’s, witch’s, or wizard’s will. That’s completely foreign to any form of either Jewish or Christian prayer. It has absolutely nothing to do with manipulation, but only with seeking the will of God the Father.

Back to Jesus’ miracles now, though: “It can’t be denied that it would have been very easy to impress people with very little back then,” says Harrison. It’s because they had less “general knowledge about nature and physics,” so they were less able to connect natural causes to weird events.” That, plus, “skeptical-thinking skills, in short supply today, must have been extraordinarily rare in the general public then.”

Right. Not much thinking skill at all in the ancient world — the same world that produced Plato, Aristotle, Euclid, Archimedes. It also produced a whole team of very highly educated academics in and around Jerusalem who did everything they could to undermine Jesus’ claims. Saul the Christian-hater, who became the apostle Paul, was no slouch, either — just read his writings and you’ll see. Harrison would do well to apply his own “skeptical-thinking skills” and demand evidence from himself for that claim.

But that doesn’t mean they couldn’t have been fooled! “Right here in the twenty-first century, a woman in Nigeria gave birth to a horse during church services.” He thinks it was a trick. I’ll go with him on that one.

Tricksters can do incredible things. I’ve seen a man make the Statue of Liberty disappear — from the bottom up! It was an on-stage replica, of course, but there it was: the top still there, the bottom, nothing but empty air. It was done by a famous inventor of illusions, who’d worked with David Copperfield to help Copperfield make the real Statue of Liberty disappear on national TV.

I’ve even seen the same illusionist “walk on water.” His name is André Kole, and he’s dedicated a large portion of his life to unmasking religious illusions. I’ve had the privilege of spending hours with him and his team, on the road and in their home office. They never allowed me backstage where they hid their secrets (so don’t ask). But I did get to know him; in fact, I was with him investigating a purported Christian healer. That preacher, too, alas, was a fake.

André knows as much about fakery and illusions as any man on earth — and he knows Jesus didn’t do that kind of “magic.” He does admit that Jesus could have walked on water the same fake way he does — all it would have taken is the same truck-fulls of equipment he travels with. And the set-up time — all done in secret, without even his disciples’ knowledge.

And that’s why we can be sure fakery had nothing to do with Jesus’ walking on water. The same principle applies to all His major miracles: Some things can be faked, but it takes time and equipment Jesus never would have had on hand. Jesus didn’t do miracles by magic. Guy Harrison can consider that question answered.

You can hear André Kole’s own explanation of it here:

André also discusses “walking” on the lake in this video, which is also the source of the screenshot used for the image at the top here.