5 Reasons Why ‘Lia’ Thomas is Not the New Jackie Robinson 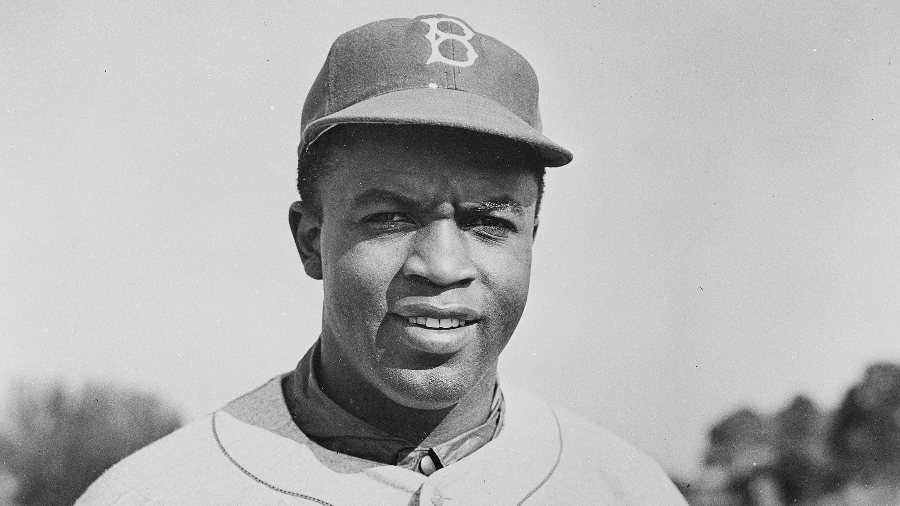 In an op-ed piece for NBC News, Cheryl Cooky, professor of American studies and women’s, gender and sexuality studies at Purdue University, likened Will (“Lia”) Thomas to Jackie Robinson. Nothing could be further from the truth.

In fact, Prof. Cooky’s editorial is a slap in the face to female athletes and an insult to the legacy of Jackie Robinson, who courageously broke the color line in professional sports. Yet, according to Cooky, and with reference to Thomas’s blow-out victory in a national swimming competition last week, “For anyone who cares about the advancement of sports, and women’s sports in particular, her win should be celebrated.”

To repeat: nothing could be further from the truth.

To the contrary, and in the words of Haley Tanne, a female, college athlete (herself a runner), “My teammates and I are watching our records, our scholarships and our competitive opportunities slip away … wondering if anyone in authority is going to have the courage to step up and save women’s sports.”

This is a travesty, and it must be stopped.

As expressed by Abigail Shrier:

First, they steal opportunities from women.

Then, they tell us we “should be celebrating” this as a victory for women.

A Masterclass in Gaslighting.

Here, then, are 5 reasons why “Lia” Thomas is not the new Jackie Robinson.

1) Robinson was black; Thomas is not a woman.

No one disputed the color of Robinson’s skin. It was a biological reality. And the prejudice against him was precisely because he was a black man.

It’s the exact opposite when it comes to Thomas. He is a biological male competing as a female, which is the reason for the controversy.

That’s why Thomas went from being ranked 462 as a male to winning a national competition against females.

As noted by a number of female swimmers, “Biologically, Lia holds an unfair advantage over competition in the women’s category, as evidenced by her rankings that have bounced from #462 as a male to #1 as a female. If she (Thomas) were to be eligible to compete against us, she could now break Penn, Ivy, and NCAA Women’s Swimming records; feats she could never have done as a male athlete.”

Tanne spoke of her own experience when first competing against a biological male:

How much of a challenge became clear the first time we lined up against each other at a cross-country meet. As I looked down the starting line, this athlete’s six-foot-four frame seemed to tower over the rest of the competition. This athlete was a full foot taller than me! You’re crouched at the starting line, next to a half-dozen other girls about your size … and then you see a biological male athlete looming beside you, and those muscles.

And you know: This isn’t fair; this isn’t right. To me, this was the first reminder of many that, if things didn’t change, racing was never going to be the same.

It is true that some bigoted baseball players would have resented the presence of a black man in their locker rooms. But that is nothing more than baseless hatred and prejudice.

In stark contrast, as reported in the New York Post:

A member of the University of Pennsylvania women’s swim team said some team members are uncomfortable changing in the locker room with transgender swimmer Lia Thomas, according to a teammate.

Thomas, 22, who spent the previous three years swimming with the men’s team before she began transitioning to a woman, has created an uneasy environment in the locker room, as she still retains her biologically male genitalia — which are sometimes exposed — and is attracted to women, one teammate told the Daily Mail in an interview.

How is this fair to these young women, let alone morally defensible? And how can this possibly be compared to the groundbreaking actions of Jackie Robinson?

4) When Robinson broke the color line in baseball, he did not redefine the nature of the sport. Thomas’s presence in women’s sports threatens the very purpose of segregating men’s and women’s athletic competition.

Jackie Robinson’s blackness was not a matter of self-perception alone, nor was it something he could change or choose. He needed no surgery to be black, nor did he need to ingest special drugs to make himself (or keep himself) black.

It is quite the opposite when it comes to a male claiming to be a female. As an outspoken transgender guest stated on my radio show, no amount of plastic surgery can turn a man into a woman (or vice versa).

Thomas lived his whole life as a male until recently. Thomas still has male genitalia. Thomas’s body developed for 20 years as a male. And the only claim that Thomas has to being female is that: 1) he thinks he’s a woman; and 2) he is taking hormones to lessen his maleness. That’s it. Not only so, but at any moment of the day, he could choose to live as a male again.

How can this possibly be compared to the situation of a person of color? It cannot.

So let’s stop this moral insanity before it destroys more lives.

Let’s stop calling Thomas “she” and “her.”

Let’s help him get to the root of his gender confusion (if he’s willing).

Let’s stand up for women’s sports and for female athletes.

And let’s not demean the courage and legacy of Jackie Robinson.