38 Minutes in Hawaii: My Family and the False Missile Alarm 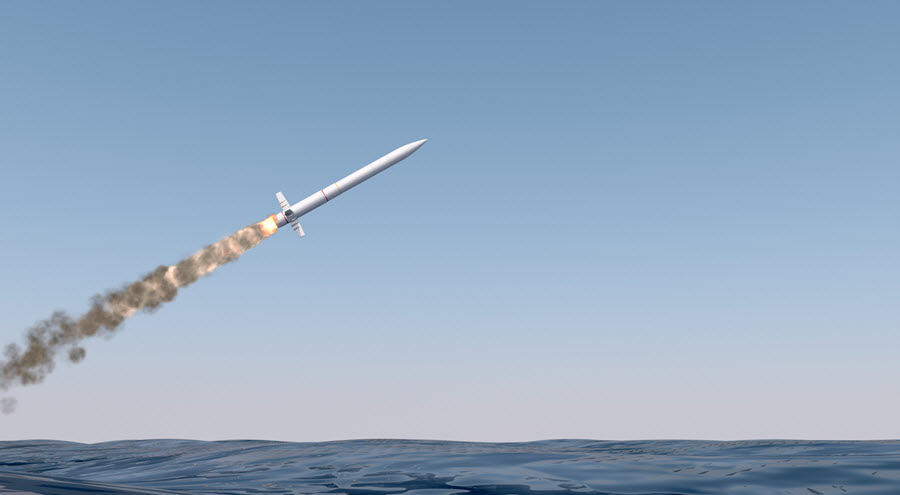 Editor’s Note: Four years ago today, the Emergency Alert System sent out an erroneous message to the residents of Hawaii warning of an incoming ballistic missile. This piece originally ran the day after.

I woke up abruptly. Overzealous JROTC Cadets ran and yelled on the high school track across the street. I rolled over and grabbed my reading glasses. Time to return to the book which I’d fallen asleep reading. It’s Leo Strauss and the Politics of Exile by Eugene Sheppard. Thirty minutes later, I faced a tough choice. Should I go down and check on my children? Or watch an old Lomachenko fight on Youtube? Then my wife called up, “Babe, it’s garbage day. Take out the trash!” So I rushed downstairs. My typical Saturday ritual. As I dragged the trash out a bizarre sound boomed from my phone. I read the message:

Ballistic missile threat inbound. Seek immediate shelter. This is not a drill.

“So it’s today,” I thought. I’m a student of the bloody twentieth century, a hundred years of genocide, democide, and total war.  I’ve lived on Oahu for almost 30 years, in sight of Pearl Harbor. It’s still a key target for surprise attack today. I’ve long thought that Oahu could be the spot where the next great tragic war begins — though not where it ends. Decades of thinking on this inspired me to write a book on the subject with John Zmirak, The Race to Save Our Century. I also recently co-authored a white paper outlining a path to abolish city-busting, strategic nuclear weapons.

I’m Just Trying to Save My Children

Whenever someone suggests that I’m some do-gooding humanitarian, I correct them: “No, I’m just trying to save my children.” Oahu is a small island. But it’s one of the most important strategic locations for the projection of U.S. power to the East, confronting both North Korea and China. Knowing that, you come to accept a grim reality: Oahu is one of the most likely flashpoints for the start of World War III.

So when I saw the alert on my iPhone, I faced it with the same realism that wise Midwesterners greet tornado warnings. And like them I had a plan.

I rushed into the house. “Kids, get in the car. Babe, grab the case of water bottles.” They knew the drill, and soon the minivan was fully loaded. I filled water jugs, two mugs of coffee and grabbed my 9mm.

Heading for the Cave Behind the Mountain

I was rushing to shelter my family behind the Waianae mountain range. That might shield us from whatever was about to hit Pearl Harbor. We had 10 minutes, I calculated, to get there, and hide in the Makua Cave.

Ignoring signs, police and the rules of the road, I gunned the minivan. We raced for the shade of the mountain.

My thoughts were far away, with my daughter and my wife’s mother. They both live in Waikiki. Surely I should call them. But tell them … what? I knew there was no place for them to go. Was that worth calling to tell them? Then the phone rang. Which amazed me. Why were they working? They hadn’t in Washington, D.C. on September 11, 2001.  I knew because I’d been there.

It was my mother-in-law. She wanted to know what to do. She lives five minutes from Diamondhead Crater. So I told her to drive down into it and hide in its abandoned fallout shelter. Then my daughter called on my son’s phone and asked the same question. I gave the same inadequate answer. As I talked to her, I knew that this might be the last time I heard my daughter’s voice. My wife marked the tears in my eyes.

This Can’t Be a Hack or a Hoax

As we made the turn into the shadow of the mountain, I felt we’d won a small victory. The first missile must have been intercepted. Or else the inept North Koreans had dropped a rocket in the middle of the Pacific. Before the next wave of missiles hit, we would make it to Makua Cave.

My hopes that this was a false alarm were fading. “If this were a hack or a hoax, the government would have texted us already.” This thought pressed my foot even heavier on the gas pedal. I turned into the empty oncoming lane and passed some 20 cars. A man in a pickup gunned his truck and started to follow me. He was honking his horn, and trying to get my attention.

My first instinct was anger. “This dude wants to fight me for driving like an idiot. He must have his phone off,” I thought. He was a big Hawaiian dude, waving at me with animated gestures. So I slowed down and let him pull up next to me. I rolled down the windows.

But he wasn’t trying to rebuke my crazy driving. He wanted help. “Bro, what should I do? You seem like you have a plan. Where should I go?”

I took a deep breath, then shouted, “Get to Makua Cave! Put as much mountain as you can between yourself and Pearl Harbor.”

The man held up his phone, despair on his face. “I can’t reach my wife! What should I do?”

Oh, man. My wife was right next to me. And most of my kids. I shook my head, and told this poor guy: “There is no time, bro. Drive to Makua Cave!”

He looked at me, then looked at his phone. I watched as he did a U-turn and drove his truck back toward what would probably be Ground Zero. Back toward his wife.

Just as we pulled up to Makua Cave, my cell phone rang and the State of Hawaii finally let us know that this had all been a big mistake.

In 38 minutes I’d gone from rolling out my trash can to loading five of my seven children into our minivan in a desperate attempt to outrun a nuclear missile. I’d heard my oldest daughter’s voice for what I thought was the last time. I’d given her and my mother-in-law a destination I knew offered nothing but hope. And I’d watched a total stranger turn away from safety to go try to save his wife.

So there we were at this … cave. There was only one thing left to do. Unload the kids and take a photo on Instagram. As we entered, a tourist was there with a walking stick and backpack. “I guess we won’t die today,” I said. He gave me a look of fear and confusion. He hadn’t gotten the alert. And he saw a 9 mm gun stuck in my waist. So I told him what had just happened to the whole state of Hawaii. He looked … relieved.

My Son on Nuking Pyongyang

On the drive home, my ten-year-old son asked me this question: “Dad, why don’t we just nuke North Korea off the face of the earth, so we don’t have to worry about this anymore.”

I breathed deep and posed him another question. “Are there children in North Korea?”

“Are they as precious as you?”

“Of course they are. Are there fathers in North Korea?”

“Are their lives as precious as your father’s?” He didn’t answer. So I concluded, “It is better to suffer injustice than to inflict it.” It will be hard for people outside of Hawaii to understand the profound impact of this false alarm. A neighbor child told us how her family hid in the closest and her mother cried for an hour. Another family prayed the rosary and “waited to meet Jesus.” Another friend told me, “I watched TV and hoped it was a mistake.”

As a filmmaker, writer, and activist I have reflected on democide and total war for almost three decades. I’ve travelled the world from Sudan to Iraq. A year ago this week, I was in eyeshot of ISIS, as I traveled with Yazidi and Kurdish soldiers who fought to defend their families. Those families often fled for safety to … caves.

And today, I had walked in their shoes.