We Can’t Escape Consequences — But We Can Chose Joy 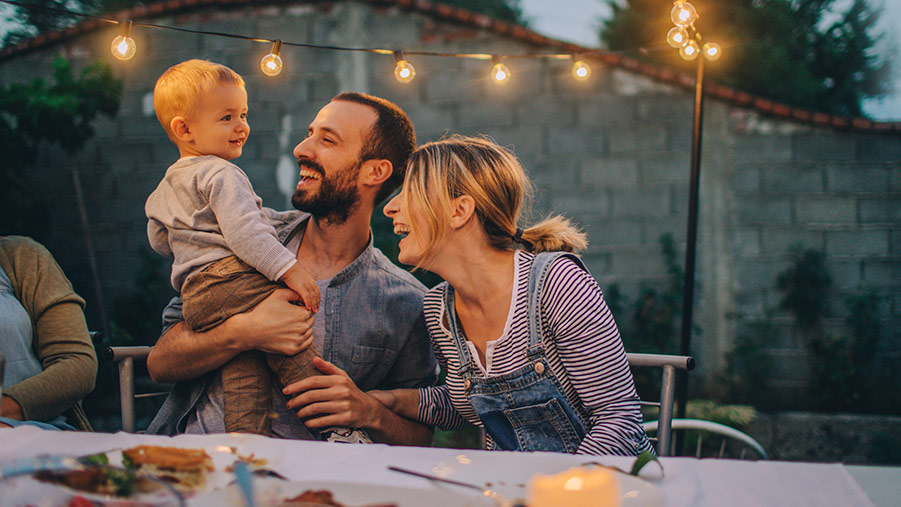 The headline says, “Fewer Sex Partners Means a Happier Marriage.” The Atlantic article is full of data, and quotes respected sociologist Brad Wilcox, a social conservative. Favorably, even. It announces that “Americans who have only ever slept with their spouses are most likely to report being in a ‘very happy’ marriage.” Women who have slept with six to ten people had “the lowest odds of marital happiness.”

All to the good. But does it not make sense to read this headline and say, “Of course”?

Why is This News?

Why is this even news? Sleeping around before marriage invariably will make you feel used and exploited and maybe like a user and exploiter as well. It will erode your ability to trust. It will make you suspicious of the other sex. Why do we need social science research to verify what common sense tells us to begin with?

One main reason is that we don’t like common sense when it stands in the way of our desires. We keep trying to pretend that our actions will not have predictable consequences. We get the idea that gravity is not a matter of preference. But we can pretend that morality is a matter of preference. I have my truths and you have yours. Mine includes being faithful to my wife. Yours includes sleeping around.

Yet our actions do have consequences, as many studies have shown over many years. Social scientists were saying this long before The Atlantic noticed. “In addition to the known risks of contracting STDs, developing unwanted pregnancies, and being raped or otherwise assaulted, people who engage in casual sex may suffer emotional consequences that persist long after the details of an encounter are a dim memory,” writes psychologist Dr. Susan Krauss Whitbourne.

We think we can have non-marital sex at will and are upset and surprised to learn that the Centers for Disease Control and Prevention reported in August that “gonorrhea, syphilis, chlamydia (have) hit record levels in U.S.” According to David Harvey of the National Coalition of STD Directors, “The United States continues to have the highest STD rates in the industrialized world. It’s a crisis that has been in the making for years.”

What about pornography? In the U.S., 79 percent of men and 76 percent of women (ages 18-30) view pornography at least once a month. One pornography website “got 28.5 BILLION visits” in 2017. “That’s almost 1,000 visits a second, or 78.1 million a day.” However, men watch pornography far more than women: Nearly four in ten view it several times a week and even “multiple times while at work.”

So why is it not shocking that we learn that “service members reporting of sexual assault increased by about 10 percent in fiscal year 2017,” according to the Defense Department? Or that according to the FBI, “the number of sexual assaults reported during commercial airline flights is increasing ‘at an alarming rate’?” Or that “colleges and universities around the country are grappling with a rise in the number of reported sexual assault cases as well as lawsuits accusing schools of mishandling the complaints?”

Men are, by nature, more aggressive than women. They are also physically stronger. Young men are at their peak sexually in their late teen years through their 20s. A huge percentage of young men are raised without fathers and lack basic moral training and modeling. And they view pornography as routinely as they tie their shoes. Put this mix together, and of course sexual predation will increase.

Yet defenders of free speech tell us their can be no restrictions on pornography’s spread across the internet or the rising sexualization of “family hour” television. Defenders of “women’s rights” want to legalize prostitution — they call it “sex work” — and even want to unionize it. Defenders of “a woman’s right to choose” look away when the CDC reports that nearly 200 unborn children are aborted for every 1,000 who are born.

A Pattern as Old as Eden

What I have just described is only a snapshot of pattern as old as Eden. We all, like sheep, have gone astray. We have turned, everyone of us, to his own way. Maybe not in ignoring the realities of human sexuality. Many people follow God’s will in their single lives and in their marriages.

But every one of us has gone our own way. We may have created relationships consumed by bitterness. Developed habits that squander our time, money, and virtue. Whatever our sins, we pretend that we can get away from the consequences of what we do or don’t do.

Your Alibis Desert You

The Christian band Reliant K offers some corrective wisdom to the myth that consequences won’t catch up with us:

After all of my alibis desert me

And I so hate consequences

And running from You is what my best defense is

God don’t make me face up to this

And I so hate consequences

And running from you is what my best defense is

Cause I know that I let you down

And I don’t want to deal with that

God will not be mocked. What we sow, we reap (Galatians 6:7). But nor will He be unfaithful. In Christ, His mercies are new every morning. Mercies that will enable us to establish new habits, new hopes, new lives.