3 Reasons Why So Many Millennials Love Socialism 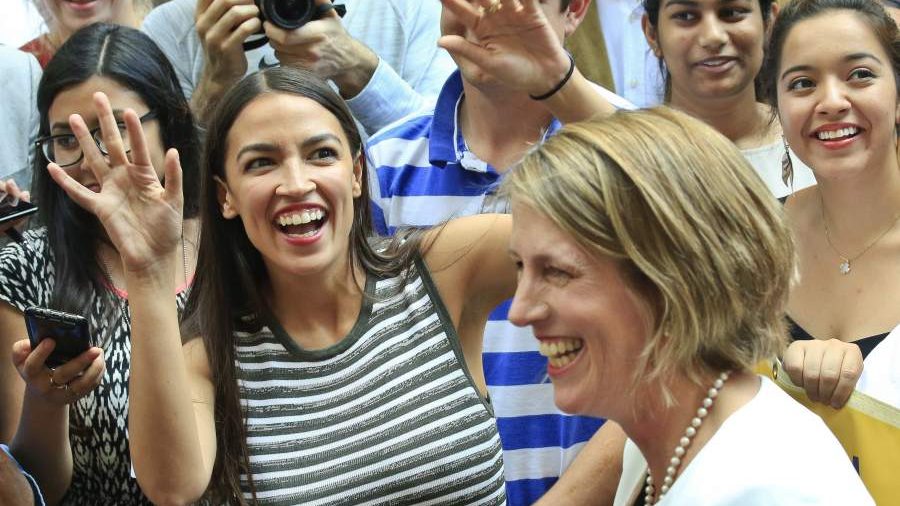 So, millennials, especially younger millennials, have a very favorable view of socialism. But do they — or most of us — even know what it is?

“Marx and his disciples claimed that ‘capitalism’ must give way to ‘socialism,’ where private property would be abolished and an all-powerful state would own everything on behalf of the people. That’s what Marx meant by the word socialism, and that’s the main dictionary definition.

“This was only supposed to be a stage, though, not the end of all our strivings. At some point, under socialism, people would lose their silly fondness for property, family, religion, and other evils. A ‘new socialist man’ would emerge and then the state would ‘wither away.’ Everyone would enjoy peace, prosperity, and the brotherhood of man. Marx and his acolytes called that final, stateless paradise ‘communism.’”

And how has that vision worked itself out in history?

Prof. Richards states: “Here’s the point: Those regimes led by mass murderers with their gulags, death camps, man-made famines and killing fields were socialist. That’s not slander. It’s what these countries called themselves. USSR stood for the ‘Union of Soviet Socialist Republics.’

“You gotta break millions of eggs with socialism to make the communist omelet. Socialism, you might say, was the necessary evil to reach the bliss where no state would be necessary.”

Yet the lure of socialism continues, getting stronger in the last few years, especially among American youth. Why?

The word “equality” has become almost sacred to the younger generation, and in many ways, that’s a good thing. They want a level playing field. They want everyone treated fairly. They want to leave behind our discriminatory, racist past. All that is positive.

Unfortunately, there is often a passion for equality that is not based on realism (or function, as in all the talk about “marriage equality,” where sex differences are blurred).

The fact is that life is not always fair. There are winners and losers. And some people work harder than others, because of which they succeed more.

That success is well-deserved and should be appreciated. But all too often today, success through hard work is scorned.

Question: “Why should you have more than I do?”

Answer: “Because I worked hard for it.”

Response: “But that’s not fair.”

Socialism, then, is the fix!

(2) Young people today have a deep sense of entitlement.

Conservapedia.com defines the entitlement mentality as “a state of mind in which an individual comes to believe that privileges are instead rights, and that they are to be expected as a matter of course.”

I am owed a free lunch, and it’s got to be a good lunch too. The lunch of my choosing. I deserve it.

As explained by Dr. John Townsend in his book The Entitlement Cure, “Entitlement is the belief that I am exempt from responsibility and I am owed special treatment. Entitlement is: The man who thinks he is above all the rules. The woman who feels mistreated and needs others to make it up to her.”

This dangerous attitude is crippling a whole generation. As expressed by Kate S. Rourke in her article, “You Owe Me: Examining a Generation of Entitlement,” “Children in the most recent generation of adults born between 1982 and 1995, known as ‘Generation Y,’ were raised to believe that it is their right to have everything given to them more than any other previous generation.”

Socialism plays right into this mindset, especially the fuzzy, idealized, unrealistic socialism being put forward today: “We all get our free lunch!”

Unfortunately, that can only happen when the government owns all the lunches. Do young people understand this?

The immediate, thoughtless answer is: “The government!”

And that leads to the real question: “Who’s paying the government?”

The answer is as painful as it is obvious: “You are!”

As one news commentator suggested, there’s no reason to wait for the government to become socialist. Just start paying more taxes today and do your part. Right!

Six years later, working as a nurse and the suburban mom of four kids, she was asked by filmmaker Joel Gilbert, “Did Obama pay for your mortgage and did he pay for your gas?”

She laughed and replied, “Absolutely not! Mortgage got worse and gas prices got higher. … At that time we needed a change but a change for the better not the worse.”

When I asked my assistant Dylan, himself in his early 30s and the married father of four, why he thought so many young people were into socialism, he answered, “Perhaps because of being so absorbed with social media that they’re used to soundbite answers and haven’t thought it through.”

Or, as Jay Richards stated, “Too many of us are still clueless about socialism and communism. I blame biased media and fuzzy thinking.”

The bottom line is that most young proponents of socialism simply haven’t done the math. Had they done so, they’d start working the capitalist system a little harder. They would find it far more rewarding than socialism.

Communicating Capitalism to the Next Generation