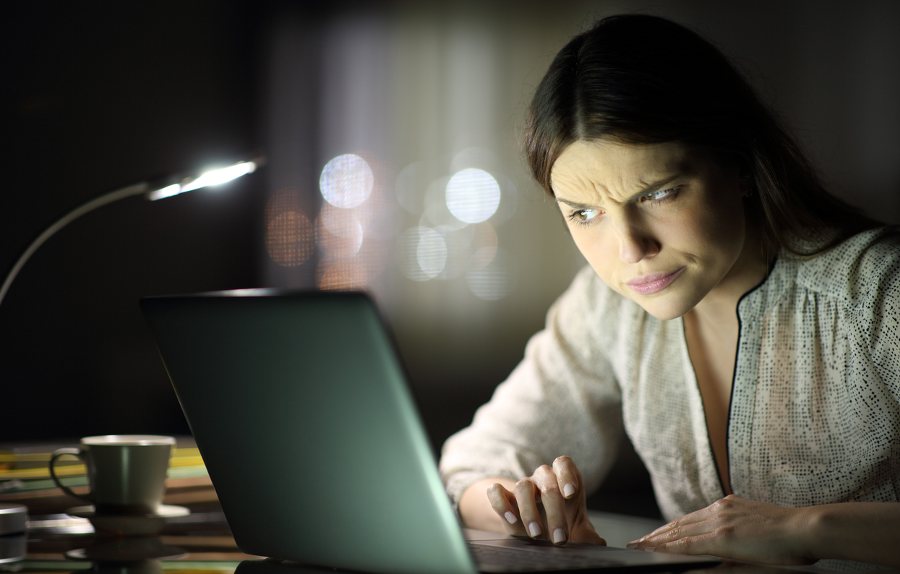 Although there are many things that characterize the year 2021, perhaps nothing is more conspicuous than the deep lack of trust that Americans currently have in their national leadership. From the president to the CDC, from Dr. Fauci to the media, almost everyone is viewed with suspicion and mistrust.

Of course, it would be all too easy for those on the left to blame this on Former President Trump. After all, wasn’t he the one driving the “stop the steal” movement? And didn’t he make clear that, not even the Supreme Court could be trusted?

But to blame the current situation on Trump would be both shallow and naive.

Plenty of clearheaded, fair-minded, thinking Americans have good reason to question what they are hearing and seeing and reading. Can anyone really be trusted?

Whom Can You Trust?

Both leftwing and rightwing media have become so politicized that much of the reporting is often more sensationalistic than sound.

Endless internet headlines (which people often run with, at face value) are mere clickbait, with the article linked having nothing to do with the (false) headline at all.

Overall, all this mistrust and suspicion doesn’t concern me that deeply since I never put all my trust in people (let alone in government institutions).

And the selective reporting of major events by major media outlets resulted in tens of millions of Americans having skewed ideas of reality. (Did you see the November 2020 poll that indicated that, had many Biden voters known more about Trump’s successes, or scandals related to Biden, they would have voted for Trump, thereby changing the outcome of the election?)

Yet all this pales in comparison to our distrust of how the nation (and even world) is handling COVID. (Don’t forget that even Trump was recently booed by his supporters for encouraging everyone to be vaccinated.)

On December 29, I posted this question on Facebook and, in slightly shorter form, on Twitter: “This is an honest question (not a sarcastic one). In years past, athletes got the flu but sports games went on as scheduled, with some players even playing while sick. Why is it so different with Covid, especially since these players are certainly not getting mortally ill? Why are games being canceled and schedules turned upside down?”

The Reponses to My Question

The responses were quite enlightening, with a significant percentage saying that this was all about fear, manipulation, and control. Why do so many Americans feel like this?

To be sure, there were plenty of other responses, offering thoughts like this: “I thought it was due to the fact that there hasn’t been enough time to know long term effects of the virus yet. Some say worse conditions developed after having it, others say it was coincidence. I am assuming once we’ve had some more time and research to see what this virus is actually doing to our bodies/organs, things will get back to normal. Like a ‘Better safe than sorry’ approach.”

And this, “No one wants to cancel bowl games. People lose $$$$ and alot of it. They do it for the safety of those involved… We comparing a common cold to Covid?”

Others, however, observed that almost all these athletes have been vaccinated, and the leagues have had strict protocols in place for many months. Yet to what effect?’

Not surprisingly, responses like this were common: “Control, we are witnessing a transfer of power like never before in the history of this country, the politicians are abusing health to manipulate the population. It’s not about health it’s about control!”

And, “Honestly my personal thoughts are because it’s a highly politicized virus and they are squeezing this virus for all the control they can get.”

And, “Because of the true agenda. Fear mongering is working.”

And, “Because the media and politicians have scared the bageebers out of everyone.”

And, “What is most alarming is how many people actually don’t know the answer to that. It was never about a virus.”

Why So Much Mistrust?

It would be all too easy for one side to attack the other side as ignorant or closeminded or conspiratorial or the like. Instead, given the depth of mistrust that exists, it’s better to ask the only question that matters: why so much mistrust?

It is easy to find whole compilations on “Fauci flip-flops,” containing lists like this:

Similar articles can be found documenting flip-flops from the CDC and the WHO.

Who, then, can be trusted? And leading doctors have asked why pharmacies, under government directives, are refusing to fill prescriptions that could potentially save the lives of COVID-sufferers. Why?

I Don’t Know Who to Trust in Regard to COVID

I tend to be as non-conspiratorial as anyone, having seen so many conspiracy theories explode in the face of solid research. And, with my academic degrees grounded in ancient languages and texts, meaning, studying primary sources in the original languages, I take secondary reports with a large grain of salt. Let me get to the original sources.

I’m also a very trusting person and tend to believe the best about others until proven wrong.

All that being said, I genuinely do not know who to trust these days when it comes to COVID-related matters (other than personal, well-educated colleagues, which includes my personal physician). And I remain very suspicious of the latest national plans and strategies (while, of course, wholeheartedly opposing vaccine mandates and wholeheartedly encouraging wise lifestyle choices).

But that’s not how I want to end my last article of 2021. Instead, what I want to declare is that, overall, all this mistrust and suspicion doesn’t concern me that deeply since I never put all my trust in people (let alone in government institutions).

Only God is Worthy of Total Trust

My absolute faith and trust are in one place, namely, in the only one worthy of total trust, God Himself. To echo the words of Paul, “I know whom I have believed” (2 Timothy 1:12). That is my source of strength and hope and courage and faith and assurance and wisdom and guidance.

And so, as we come to the end of a very difficult year for many, I encourage you to look to the Lord like never before — to the one who died for you and rose from the dead — and to put your unconditional trust in Him and Him alone.

As expressed by the courageous Corrie Ten Boom, a Christian friend of the Jews during the Holocaust who watched her family members die at the hands of the Nazis, “I’ve experienced His Presence in the deepest darkest hell that men can create. I have tested the promises of the Bible, and believe me, you can count on them.”