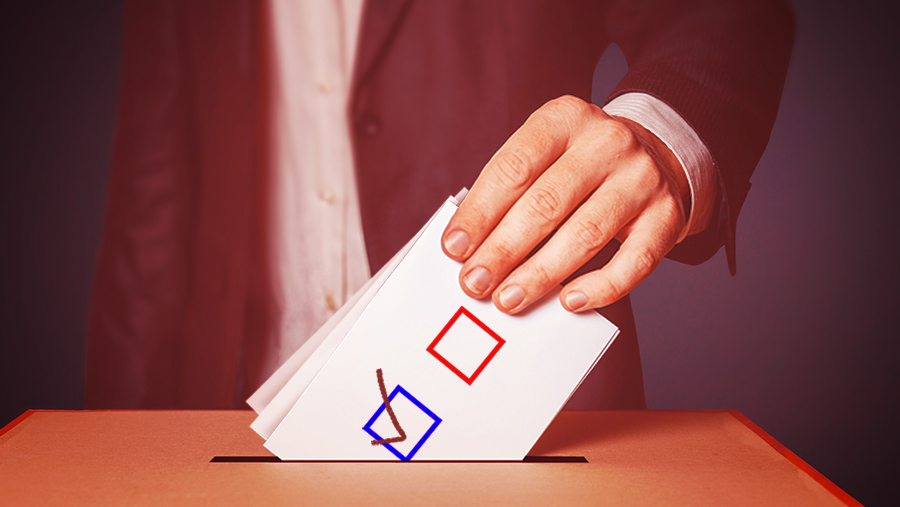 Are election officials fraudulently filling out ballots? The election departments of Florida’s Broward and Palm Beach counties continue to find ballots that haven’t been counted yet. The new votes favor Democrats in two close major races, the U.S. Senate race and the governor’s race.

One election worker swore that she saw this taking place two years ago. In 2016, Chelsey Marie Smith signed an affidavit attesting to observing employees at the Broward County Supervisor of Elections marking empty ballots. A temporary employee at SOE, she sorted ballots and delivered them to locations within the office.

Smith was afraid to report what she had seen for fear of retaliation.

Her supervisor asked her to take some absentee ballots to the “Pitney-Bowes room,” accessible only with a security number. When an employee let her in, she observed four people sitting at a table actively filling out blank election ballots. She observed this behavior for over a minute. She recognized one of the employees as Mary Hall

Smith went home and told her mother about what she had seen. She was afraid to report what she had seen for fear of retaliation. The next day, her supervisor fired without any explanation. She wrote up a notarized affidavit describing what she saw.

The Office of the State Attorney investigated. It concluded that the staff merely copied the votes on faxed ballots from the military overseas onto ballots for scanning.

But Smith did not see any faxed ballots. She said she saw one stack of unfilled ballots and another stack of marked ballots. This also doesn’t explain the firing, or why the ballot marking took place behind a locked door in the office. Did the SOE cover things up before the State Attorney got involved?

At least 22 ballots have been cast illegally in Broward County during this year’s election. According to The Miami Herald, “Broward Supervisor of Elections Brenda Snipes accidentally mixed the valid ballots with the invalid ones after she had initially removed the ballots from their envelopes.” And that was after reviewing merely 205 ballots.

Guess what? They are going to count all 208 of them anyway

Some people found ballot boxes left unattended. A citizen made a statement under penalty of perjury that Palm Beach County Elections filled out new ballots to replace damaged ones without allowing campaign representatives to witness the process of creating the new ballot as required by Florida law. SOE has been unable to tabulate and report ballots they have in their possession.

People saw ballots transported by private vehicles, which is illegal. The law requires they report results every 45 minutes. They aren’t.

A judge held that Snipes wrongfully denied the Scott campaign’s request for information. They asked for the total ballots cast and a breakdown of votes by absentee, early and Election Day vote categories.

Another judge ordered the Palm Beach County Elections Department to follow the law and submit “over-voted” and “under-voted” mail-in ballots for an open and public review before counting them. Palm Beach refuses to comply with the court order.

Sen. Marco Rubio (R-Fla.) has been tweeting constantly about the fishy ballots.

If a “Red County” did what #BrowardCounty & #PalmBeachCounty are doing, they would march in the streets & confront Republicans about it in restaurants

But because it’s happening in a “Blue County” they create increasingly novel & creative arguments to justify it. 3/3

Broward County under Snipes has a history of election corruption. A judge ruled that she illegally destroyed ballots from the 2016 election even though a lawsuit was pending over them. Employees also secretly opened mail-in ballots.

A U.S. Senate seat & a statewide cabinet officer are now potentially in the hands of an elections supervisor with a history of incompetence & of blatant violations of state & federal laws.

Governor Rick Scott accused the Democrats of illegal activity. “I will not sit idly by while unethical liberals try to steal this election from the great people of Florida,” he said. “Their goal is to keep mysteriously finding votes until the election turns out the way they want.”