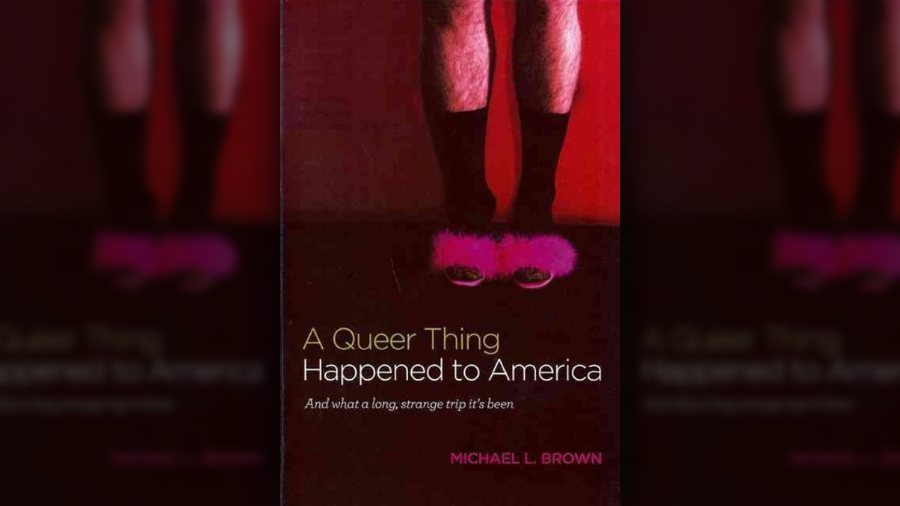 The last chapter to my 700-page 2011 book A Queer Thing Happened to America: And What a Long Strange Trip It’s Been was titled, “GLBT and Beyond: Reflections On Our Current Trajectory.” (In those days, it was customary to put the G before the L.) In that chapter, I laid out where LGBT activism was heading, describing just where the trajectory would take us.

Yet, as disturbing as that trajectory was — and has proven to be — the last paragraphs of the book issued a word of hope coupled with a call to action, beginning with these words: “It’s Not Too Late to Turn the Tide.”

Since then, we’ve witnessed the society continuing to lurch left, with the Supreme Court outrageously redefining marriage in 2015 and with “transgender rights” becoming a dominant theme of the day.

At the same time, the pushback against LGBTQ extremism has continued, as millions of Americans have awakened to the realities of this radical agenda while, at the same time, showing compassion to the individuals who identify as LGBTQ.

“It’s Not Too Late to Turn the Tide.”

Here, then, is how I ended A Queer Thing Happened to America, which, to repeat, came out in 2011. Do these words still ring true today? Is it still not too late to turn the tide?

Here’s what I wrote:

A queer thing, indeed, has happened to America, but there is a way forward (not backward), a better way, a “straighter” way. It is not too late to turn the tide, no matter how daunting the task might appear in light of the massive societal shifts that have taken place in the last generation. In times like these, when it is easy to be discouraged, we do well to recall the words of Mahatma Gandhi: “When I despair, I remember that all through history the ways of truth and love have always won.”

Without a doubt, those of us who oppose the current trajectory of GLBT and beyond will be told that we are on the “wrong side of history,” that we have branded ourselves as intolerant bigots, that we have marginalized ourselves to the point of no return. So be it. It is better to stand up for what is right than to have the approval of the masses. It is better to swim against the tide when it is going in the wrong direction then to be carried along with the (always fickle) whims of current public opinion.

Do we really have a choice? Can we simply sit back and let gender anarchy rule the day? What will we say to our children and grandchildren? How will we explain to them that it was on our watch that “Mother and Father” became “Parent A and Parent B”? That North American courts ruled that the public use of certain verses in the Bible was a hate crime punishable by law? That businesses were penalized because they would not support gay activism? That college professors were fired and university students dismissed because they took issue with homosexual practice? How will we justify our silence and inaction?

To be sure, our work is cut out for us. Some of us need to get involved in our schools, from pre-school to high school, while others need to make an impact on the colleges and universities. Still others need to help reshape the media and make our voices heard in the political realm and the business world. And all of us need to be a positive influence in society, giving attention to our own lives and marriages and families if they are out of order. (Fixing heterosexual marriage and sexuality is at the top of the list!)

As for those of us who claim to be followers of Jesus, we should understand the import of his words, “You are the salt of the earth. … You are the light of the world” (see Matthew 5:13-16). Put another way by Dr. Martin Luther King, Jr., “The church must be reminded that it is not the master or the servant of the state, but rather the conscience of the state. It must be the guide and the critic of the state, and never its tool.” Now is the time to put this into practice.

We need to recover scriptural truth in our houses of worship and win the battle of semantics — indeed, the battle for sanity — in the marketplace of ideas. And we need to do all this while walking in genuine love towards GLBT individuals, who will certainly view us as villains out to destroy their lives and steal their rights. Let us persevere through the inevitable vilification and misunderstanding that will be heaped upon us, and let us stand tall and unashamed.

History is awaiting our move.