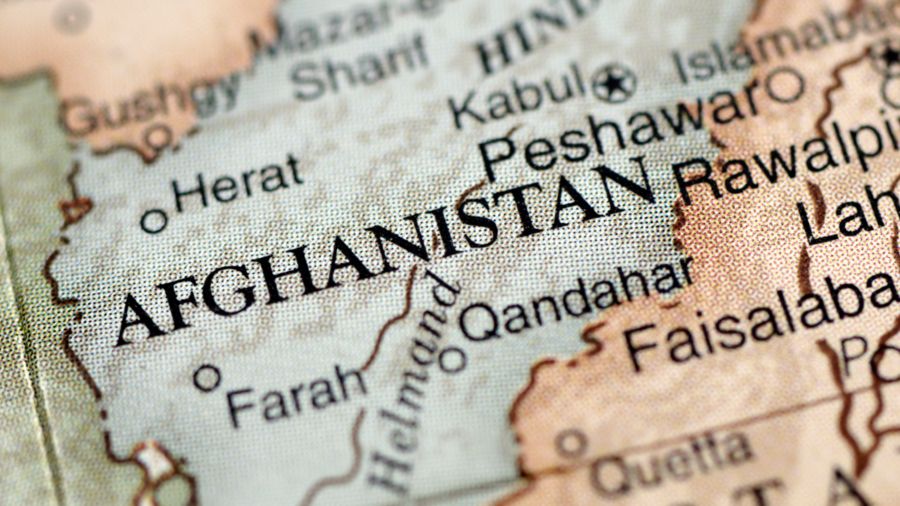 The story of almost 20 years of American involvement in Afghanistan has ended in unmitigated disaster. In fact, it would be difficult to imagine a worse scenario than the present one. But for now, here are 10 immediate reflections.

1. This is President Biden’s darkest moment.

Simply stated, when Biden is getting bashed by CNN and MSNBC, you know he has blundered terribly. Just look at these opening paragraphs from an op-ed on MSNBC:

President Joe Biden addressed the nation about the state of the U.S. withdrawal from Afghanistan on Monday — mainly, it seemed, to say he regretted nothing. … He blamed the Taliban’s rapid advances across the country on Afghan security forces’ failing “to mount any real resistance to the Taliban.”

But the president had virtually nothing to say about what’s on everyone’s minds: how poorly prepared the U.S. was for the Taliban’s blitz and the vulnerable position he has left so many Afghans in as a result.

Not even MSNBC was in a mood to give the president grace for his dreadful decision.

2. No amount of words or excuses will remove the harrowing images from our memory.

As for those images, I’ll quote the same op-ed once more, “Over the weekend, people hoping to escape the country swarmed runways, and some clung to departing U.S. military aircraft during takeoff — sometimes for so long that they fell to their deaths. Images of the gut-wrenching scramble that have gone viral have been likened to the U.S.’s withdrawal from the Vietnam War.”

We will never unsee what we saw.

3. Biden’s legacy will always be remembered in light of his statements last July.

The words are a matter of public record: “There is going to be no circumstance in which you are going to see people being lifted off the roof of an embassy of the United States from Afghanistan.” And, “I trust the capacity of the Afghan military.”

4. Afghanistan is a staunchly Muslim country; the Taliban are just much more extreme and draconian.

We fool ourselves if we think that the battle in Afghanistan was between a modernist, Western, democratic mindset and fundamentalist Islam. To the contrary, the battle is between degrees of Islam. As Robert Spencer noted, “In our early years in Afghanistan, once the Taliban was toppled, we set about nation-building, initially with an eye toward establishing a Western-style constitutional republic in Afghanistan. But State Department foreign policy experts drastically underestimated the Afghan people’s attachment to Islamic law (Sharia), and disastrously discounted Sharia’s political aspects in the naïve belief, fueled by Islamic apologists in the U.S., that Islam was a religion of peace that was perfectly compatible with Western secular models of governance.

Accordingly, “the Afghan Constitution that Afghanistan’s then-President Hamid Karzai formally ratified on January 26, 2004 … is written in the name of ‘We the people of Afghanistan, believing firmly in Almighty God, relying on His divine will and adhering to the Holy religion of Islam.’”

The problem, then, is not that the Taliban are Muslims. It is that they represent a more extreme form of Islam, one that holds firmly to Sharia Law in its most draconian forms.

A colleague texted me today, raising a point that is rarely considered: “My personal issue is the number of companies and individuals who became ultra-rich through defense spending at the cost of Afghan and American lives. I have a multi-decade relationship with a pastor in Arizona who happens to be a major executive at one of the largest defense contractors in the world. The stories he has told me about their lobbyists… .”

According to Forbes, “In the 20 years since September 11, 2001, the United States has spent more than $2 trillion on the war in Afghanistan. That’s $300 million dollars per day, every day, for two decades. … In baser terms, Uncle Sam has spent more keeping the Taliban at bay than the net worths of Jeff Bezos, Elon Musk, Bill Gates and the 30 richest billionaires in America, combined.”

Did everyone have altruistic motives in calling for our ongoing involvement in Afghanistan?

6. The swift victory of the Taliban will embolden Islamic terrorists worldwide.

For Islamic radicals, this sends a signal that America, representing the West, is feeble and has no will to stand against the will of Islam, just as the triumph of Islamic fundamentalism in Iran under Ayatollah Khomeini triggered a spike in Islamic terror worldwide.

Already in July, Dr Sajjan Gohel, a security and terrorism analyst, told the BBC, “The Biden withdrawal from Afghanistan makes a Taliban takeover inevitable and gives al-Qaeda the opportunity to rebuild its network, to the point where it could once again plot attacks around the world.”

A friend posted this chilling note on Facebook from the children of Christian missionaries living in Kabul: “Just FaceTimed with them! They are hiding, surrounded by gunfire and bombs. Everyone is hiding in their homes. The Taliban are taking women, and slaughtering anyone who resists them. They will kill all foreigners and anyone who has worked with foreigners over the past 20 years.”

There is a reason why people were actually clinging to American military planes leaving the airport.

8. We cannot forget the women and girls of Afghanistan.

Just take 45 seconds to watch this video, and never forget the tears. While specific individuals will be targeted by the Taliban (such as those just mentioned in the previous point), overall, no one will suffer more than the women and girls of this country. Their hopes of a better tomorrow have, for now, been dashed to the ground.

9. We need to do some serious soul-searching regarding our foreign policy philosophy.

It is understandable that we attacked the Taliban in the aftermath of 9/11, 20 years ago. After all, they were harboring Osama bin Laden, and so, the friend of our enemy became our enemy as well.

But with our misguided policies in Iraq leading to national instability, the genocide (or exiling) of hundreds of thousands of Christians (and Yazidis and others), and the rise of ISIS, and now with the total failure of our Afghan policies, we need to ask ourselves some hard questions. Do we really know what we’re doing?

10. We must not forget the sacrifices made by so many Americans (and others) in Afghanistan.

These are the stats as reported by AP News: “American service members killed in Afghanistan through April: 2,448; U.S. contractors: 3,846; Afghan national military and police: 66,000; Other allied service members, including from other NATO member states: 1,144; Afghan civilians: 47,245; Aid workers: 444; Journalists: 72.” (AP also notes 51,191 Taliban and other opposition fighters died during the conflict.)

And what of all those who served and returned to America suffering physical and emotional wounds? And what of the cost to all the families?

Somehow, some way, we must tell those who served and died that despite the dreadful outcome, they gave themselves for an important cause: wanting to better the lives of the people of Afghanistan and wanting to fight back against Islamic terror. Surely, there is nobility in the sacrifice, regardless of the end results.