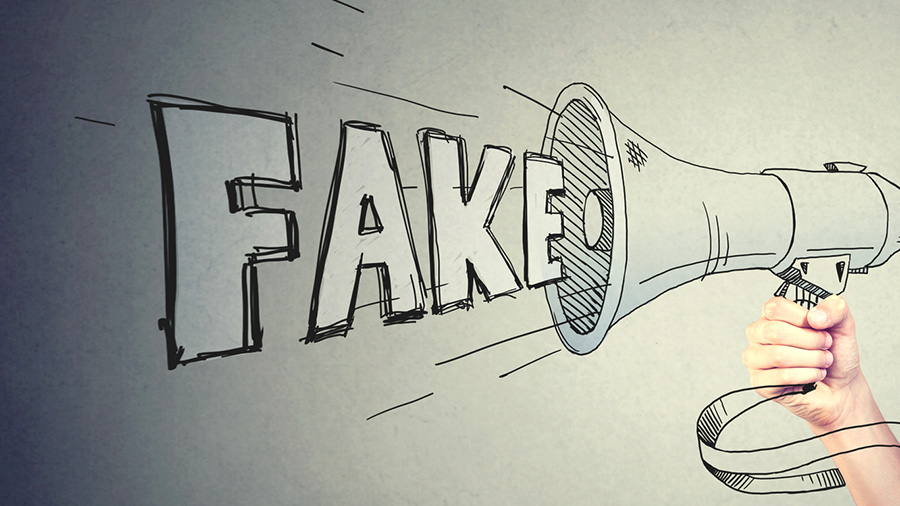 President Trump tweeted over 200 times in 2018 about fake news. But it wasn’t all in regards to him. The left-leaning media showed plenty of bias towards people and issues on the right.

I’ve been hosting a weekly show on fake news for two years now, which you can watch on The Stream‘s Facebook page every Thursday. Certain incidents jumped out at me this past year for their bias. Here is a look at the worst ones. By far, the most popular topic the media manipulated was illegal immigration.

1. President Trump called the media the enemy of the people.

Trump referred to the “fake news media” as “the true enemy of the people” in a tweet. Not all of the media. His pushback forced many publications to change their headlines.

2. Time Magazine cover featured a crying Honduran girl, claiming she had been separated from her parents.

The magazine tried to make it look like Trump’s America means separating illegal immigrant children from their parents at the border. But her father said the 2-year-old girl hadn’t been separated from her mother. Nor was her mother fleeing violence. Her mother had previously been deported from the U.S.

3. The Boston Globe overestimated the percentage of Elizabeth Warren that might be Native American.

Sen. Elizabeth Warren (D-Mass.) has claimed for years that she is part Native American. She finally took a DNA test. Her Native American lineage is minimal, if she has any at all. The Boston Globe inflated that percentage range to 1/32 to 1/512. They were forced to make a correction, to decrease the percentage range to 1/32 to 1/1,024. But that still wasn’t accurate. They made a second correction to 1/64th and 1/1,024th. In contrast, the average European-American’s genome holds .18 percent Native American ancestry. That is more than Warren’s .097 percent.

4. The media, starting with The Arizona Republic, used photos from 2014 taken under the Obama administration to show detained illegal immigrant children in cages.

The photos were reported as if they were taken during the Trump administration. The Arizona Republic titled the article with the photo “First peek: Immigrant children flood detention center.”

Democrats mistakenly tweet 2014 pictures from Obama’s term showing children from the Border in steel cages. They thought it was recent pictures in order to make us look bad, but backfires. Dems must agree to Wall and new Border Protection for good of country…Bipartisan Bill! 5. The New York Times claimed Nikki Haley put in $52,000 curtains at the residence of the U.S. Ambassador to the United Nations.

A New York Times headline blared, ““Nikki Haley’s View of New York Is Priceless. Her Curtains? $52,701.” In response, California Democratic Rep. Ted Lieu requested an oversight hearing on the U.N. ambassador and her deputy’s spending. The Times’ article buried an important fact. The Obama administration made plans to buy the curtains in 2016. No one consulted Haley. The Times was forced to change its headline and add an editorial note.

6. The news media, including The Washington Post, blamed the Border Patrol for the deaths of illegal immigrant children.

Two children died from the conditions they experienced crossing through Mexico with the caravan. They didn’t die because the Border Patrol failed to offer them medical treatment. The two appeared to die from similar flu-like illnesses after being taken into custody after illegally crossing the Mexico-U.S. border. Both were given medical care.

The 8-year-old Guatemalan boy, Felipe Gomez Alonzo, was diagnosed with the common cold and given prescription medication. When he continued to complain about feeling sick and started vomiting, his father did not return him to the hospital, but said he felt better.

The 7-year-old Guatemalan girl, Jakelin Caal Maquin, died of septic shock, fever, and dehydration hours after she was apprehended. She “reportedly had not eaten or consumed water for several days.”

7. CNN claimed Ted Cruz was too scared to come on the network.

CNN said Ted Cruz was too scared to come on the network to discuss gun control and the Parkland shooting. But the truth is Cruz had just did an interview with CNN about it the day before, which CNN didn’t bother airing.

That's funny, I spoke to CNN for 15 mins yesterday about proactive solutions to prevent gun violence (like passing the Grassley-Cruz bill—which Dems filibustered—that would add $300 million for school safety) yet CNN has aired NONE of it. Why not air the (entire) interview? https://t.co/c4GZcqTbs7

At a press conference in November, Acosta said to Trump, “Your campaign had an ad showing migrants climbing over walls and so on, but they’re not going to be doing that.” But photos taken around that time show members of the caravan climbing over the fence. A man passes a Mexican migrant baby to her mother after they jump the border fence to get into the U.S. side to San Diego, Calif., from Tijuana, Mexico, Saturday, Dec. 29, 2018. Discouraged by the long wait to apply for asylum through official ports of entry, many migrants from recent caravans are choosing to cross the U.S. border wall and hand themselves in to border patrol agents. (AP Photo/Daniel Ochoa de Olza)

9. A Der Spiegel reporter made up rude stories about a small rural U.S. town.

Der Spiegel reporter Claas Relotius admitted to making up interviews and facts in at least 14 articles. Relotius was once named “CNN journalist of the year” for his reporting. He wrote an article about the small town Fergus Falls, Minnesota, which contained 11 “absurd lies” according to people who live there. Relotius portrayed them as hillbilly, gun-obsessed racists.

10. The media claimed the migrant caravan did not contain any criminals.

One caravan member admitted there were criminals “everywhere” within the group. Homeland Security said there were at least 270 criminals.